Milestone and Dorna Sports have announced a release date of 23rd April for MotoGP20, the latest title in their beloved MotoGP franchise.  The game is scheduled for release on Xbox One, Playstation 4, Nintendo Switch, PC (via Steam) and Google Stadia a scant few weeks after the kick off of the official MotoGP Championship.  Check out the new trailer below… 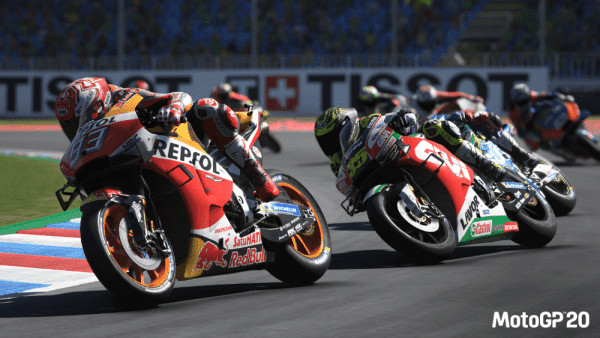 In MotoGP20 players dive into the 2020 season and race against the champions or start from the humble leathers of a young rider and climb the career ladder starting with the Red Bull MotoGP Rookies Cup.  Players are able to take full control of their careers and make decisions that will affect their performance thanks to the Managerial Career, which will see the arrival of a wealth of new features.

With this latest title in the franchise, players will be able to play a key role in the bike development and can improve performance of different bike parts, such as electronic, engine power, fuel consumption components, with the earning and spending development points.

Look out for MotoGP20 coming to PC and consoles on 23rd April.