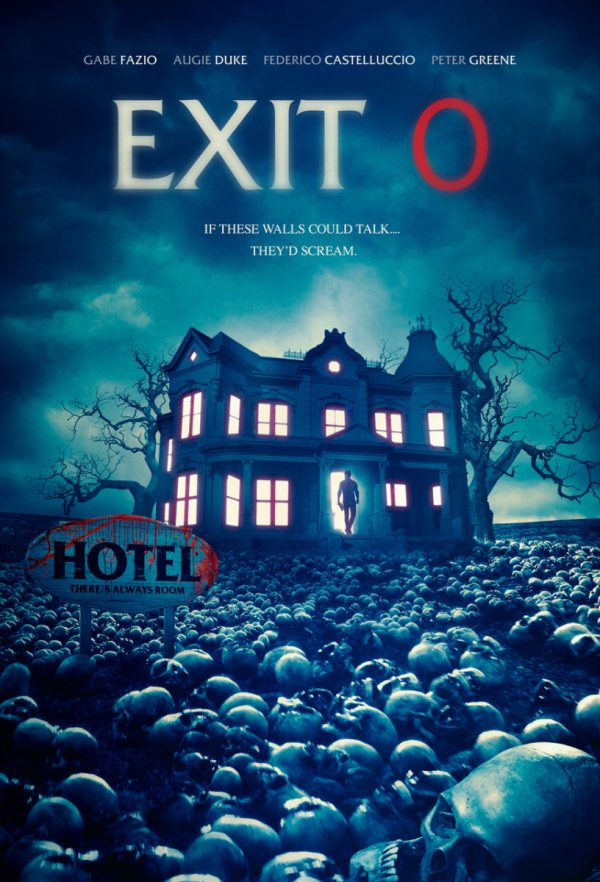 A young couple sets out on a weekend getaway in hopes of mending their failing relationship. The weekend turns dark when the man discovers a videotape chronicling the events of a murder in his very own hotel room from years before. 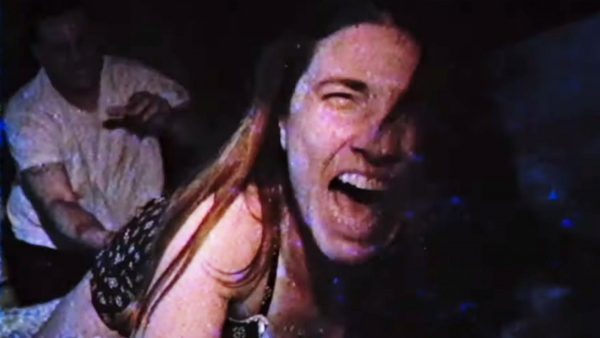 Checking into Exit 0 is like checking into any 2-star hotel. You may find an unexpected treat or a scary trick; sometimes, there’s a little of both. And that’s what this movie is – a perfect 2-star experience. When it’s right, it’s surprisingly entertaining, but when it gets bad, it’s a bit uncomfortable. By the end, I didn’t mind my stay at Exit 0, but I don’t think I’ll be returning for more.

The film follows a couple (Gabe Fazio and Augie Duke) as they venture out to fix their relationship. The pair aren’t at each other’s throats or anything, but there is tension between the two. So, they find themselves trying to kindle some magic in a small town familiar to Billy’s character. From there, they find a quaint hotel to check-in while they are in town. Though it looks charming, the couple finds themselves in a fairly hellish landscape by the film’s end.

Something that instantly sticks out to me is the lack of chemistry between the characters of Billy and Lisa. There’s a strain on their love by the time the film starts, but it feels like there was never a spark. Billy lacks any real charm or personality throughout the film. Don’t think it’s the actor Gabe Fazio’s fault, but more to do with a lacking script. That complaint takes me to my biggest issue with the film, the writing itself.

Director E.B. Hughes takes on the writing duties for the film, and this screams for another set of eyes on the script. The direction from Hughes is excellent as I genuinely think he crafts some good moments here, but the written material leaves a lot to be desired. Some of the lines feel so cliched that it becomes a fun guessing game to figure out what they’ll say next. The plot of the film gets murky as well, with the relatively simple concept being put through the wringer by the end. 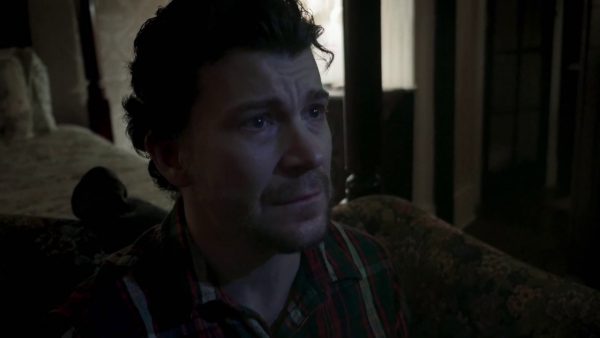 There are elements of Exit 0 that genuinely work. A tense mood is crafted, the scares are psychological, and the concept isn’t the worst. There’s a similar horror movie like this called Vacancy from the mid-’00s that I think executes the idea much worse. While the simple plot gets lost at one point, Exit 0 still performed better than other attempts. When it comes to hotel horror, this is somewhere in between 1408 and Motel Hell.

While there are some highs, when it gets to the lows, they are low. The overall look of the film looks cheap like it needed another round of color-grading in post. I find a lot of independent and low-budget horror has this look, a little washed-out, but a film with the production design of Exit 0 needs better lighting and style.

Don’t know if that’s also the fault of the cinematography as the camera movements aren’t as polished as the movie hopes. There are some clear homages to The Shining here, and most come off like cheap imitation than brilliant homages. The film needs a more original look and to find its own identity through the visuals.

Another issue is the complete waste of the fantastic supporting cast. Filled with good actors and wacky characters, the people around our central characters tend to feel more interesting. Peter Greene as “The Writer,” a man who wrote a book at the B&B decades ago, is stellar and feels wasted by the end. Same goes with Federico Castelluccio as Detective Mueller, he added a layer to the story but never went beyond being a foil. 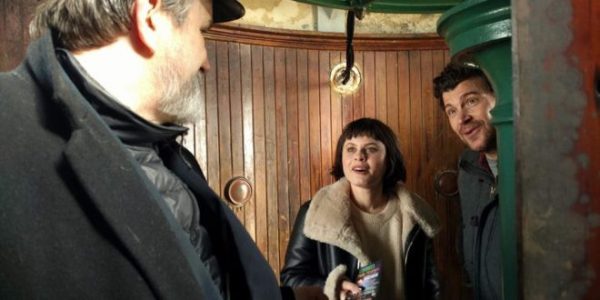 Going back to the hotel analogy from earlier, Exit 0 isn’t the best stay I’ve ever had, but it’s far from the worse. It’s another middle-of-the-road horror that mostly makes me want to see more from E.B. Hughes in the future. The man knows what he’s doing, and if he’s given a better script, he could be a force in the horror community.

There are some talks about grief and how it affects your mental health as time goes on. That’s always welcomed in horror. That type of conversation never gets old and admirable to see it here. Just fluff up the pillows more, and you could have a real winner.