Set in a suburban fantasy world, two teenage elf brothers embark on a quest to discover if there is still magic out there. 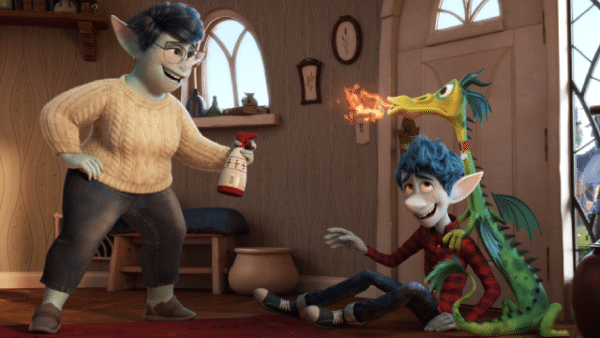 Part of me occasionally wishes my brother was more like me (suck it up, a lot of reviews for Onward are going to get personal quick); a film aficionado, a gamer, still hooked on professional wrestling, sophisticated, and basically anything but a sports guru. Before going further, that’s not to say viewers need to be able to relate to the core familial dynamics at the center of Onward to enjoy it, but it does have a thoughtful emotional bite that is more than enough to encourage people, especially siblings, to celebrate those differences. Suddenly, I wouldn’t change a thing about my own brother, showing that the magic in the movie translates to real-life.

The magic itself within this fantasy universe is nothing too special or creative; if anything, it’s very run-of-the-mill, feeling right at home with traditional interpretations of characters such as elves and more, right down to basic abilities (levitation, growing and shrinking objects, etc.). One original element here is the ponderous concept that magic only disappeared from the world because everyone got complacent with technology to perform everything from the fantastical to the mundane. It’s not the best explanation (I’m sure there are some gnarly things magic could accomplish that technology could never replicate), but it’s something to go on to potentially say something about our own world and habits. 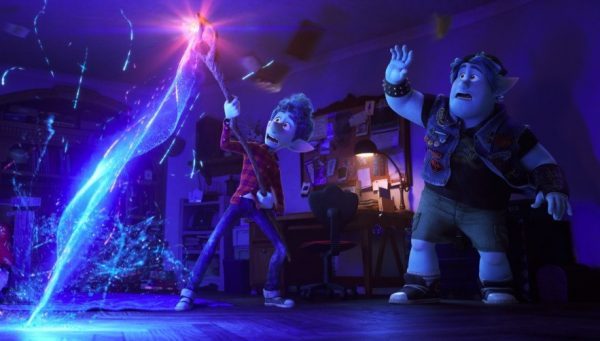 It turns out for the best, but Onward isn’t really interested in building on its established lore (it’s a small detriment, for sure, and something sequels will hopefully expand upon) quickly becoming the story of newly turned 16 Ian (it’s a voiceover performance, yes, but it might be the best of Tom Holland’s career so far), a boyish and clumsy socially awkward elf on the verge of becoming a man. He desperately wants nothing more than to improve his own confidence and make his deceased father proud (on his 16th birthday, Ian dons a hand-me-down sweater of his father’s that now fits him). That’s going to be easier said than done as he flubs his way through trying to invite some girls to a birthday party that he just made up.

The bigger issue is that his brother Barley (Chris Pratt) never stops pestering him, and even worse, obnoxiously never stops blabbering about old times and quests and magic and tradition. Whereas we play something like Dungeons & Dragons aware that it’s entirely fiction (duh), the characters in this universe have similar card games based on their own history, with the world so lost to technology that most people don’t know truth from myth anymore. Nevertheless, mom (Julia Louis-Dreyfus) finds a mysterious gift from dad only to be unwrapped when both of his children are at least 16. And without giving too much away, what’s there are the necessary instructions and gemstone to raise their father from the dead for the brief but all valuable time period of 24 hours, but it’s going to take a little something extra alongside brotherly teamwork to finish the spell so that he is more than a lower half body with blue light emanating from the top of his torso. 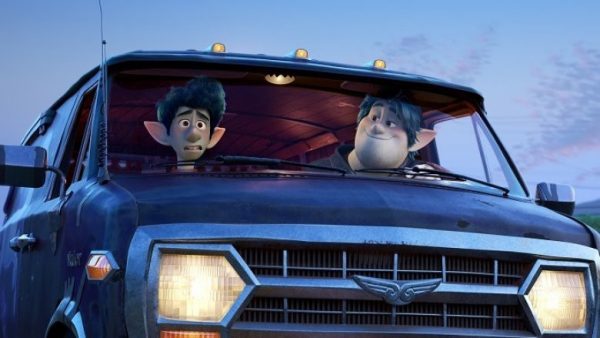 Normally, this might come across as an insult, but Onward moves along from checkpoint to checkpoint like a quest. Fortunately, director Dan Scanlon (alongside writers Jason Headley and Keith Bunin) knows how to embrace fantasy tropes and designs while focusing on the camaraderie and character development from the siblings. As Ian learns he is capable of casting spells, such powers become pertinent to the perilous tasks at hand and often in ingenious ways (Onward might have the single greatest use ever for a Cheeto). Meanwhile, Barley naturally gets more excited to the point where his antics threaten to screw everything up.

Pretty much any other animated studio would have these characters come across annoying with no deeper humidity to grab onto and empathize with, but this is Pixar and emotion is what they do best. Rather than tell a story about magic, Onward uses a world of magic to tell a universally powerful story about loss and family. There’s a moment where Barley reveals something important about his character, and at that moment, everything about his personality makes sense in ways that elevate this story of elves to one of the most human things that will be seen in theaters all year. There is still a great deal of humor here for children (mainly in the form of a Manticore played by Octavia Spencer), but everyone better prepare to let the waterworks flow during the climax.