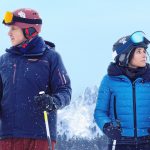 Ahead of its release this Valentine’s Day, a new poster has been released for the upcoming comedy Downhill featuring Julia Louis-Dreyfus and Will Ferrell. Check it out here… SEE ALSO: Watch the trailer for Downhill here Barely escaping an avalanche during a family ski vacation in the Alps, a married couple is thrown into disarray […] 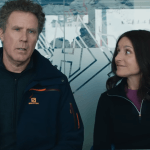 Fox Searchlight has debuted the first trailer for the upcoming comedy Downhill. A remake of the Swedish comedy Force Majeure, the film stars Julia Louis-Dreyfus and Will Ferrell as a married couple whose life is thrown into disarray after narrowly escaping an avalanche on a family vacation; watch it here… Barely escaping an avalanche during […] 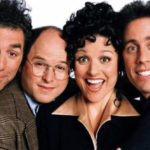 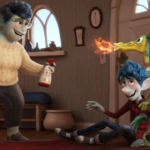 Disney-Pixar has revealed two first look images from its next original animated feature Onward which gives is our first look at Chris Pratt and Tom Holland’s characters Barley and Ian, along with the elven teenagers’ mother (voiced by Julia Louis-Dreyfus); take a look here… Set in a suburban fantasy world, Disney-Pixar’s “Onward” introduces two teenage […]

HBO’s political comedy Veep is coming to an end. The network announced yesterday that the Julia Louis-Dreyfus-led series will conclude with its seventh season next year. The series follows Louis-Dreyfus as Selina Meyer, the U.S. Vice President who aspires to become President herself, but keeps finding herself in controversies she and her staff create. “The decision to […]

Hollywood remakes of foreign-language films aren’t anything new, so it comes as no surprise that one of the most recent foreign offerings to strike it big is getting the American treatment, according The Hollywood Reporter. Winner of the Jury Prize in Un Certain Regard at the Cannes Film Festival, critically acclaimed Swedish film Force Majeure […]

The award-winning comedy series Veep is set to return to HBO this April for its fourth season as Selina Meyer (Julia Louis-Dreyfus) assumes the office of the President of the United States, and a teaser has arrived online, which you can check out right here… Veep returns to HBO on April 12th.