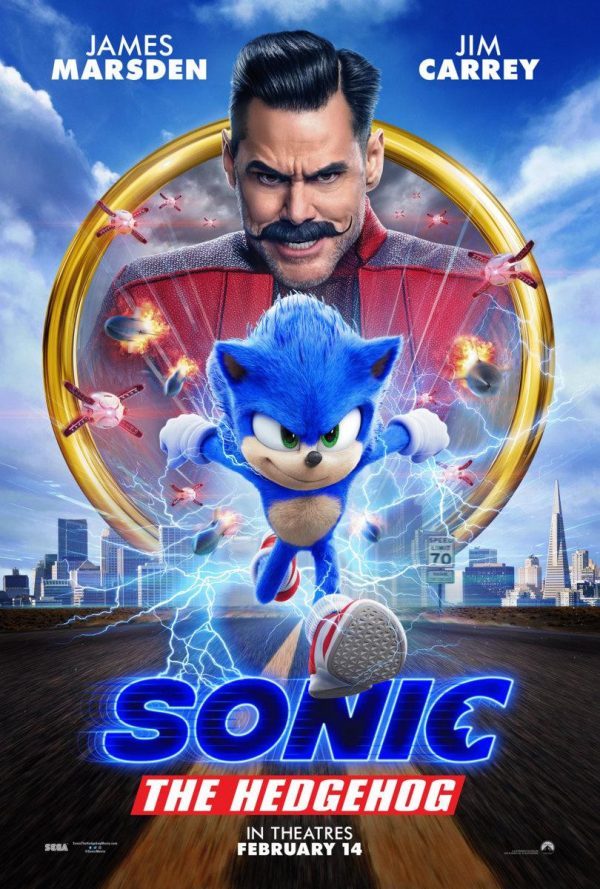 The visual artists behind Sonic the Hedgehog deserve applause for extending their production work and redesigning a concept for the titular blue speed demon that everyone can take a look at without being traumatized (even if you had no idea what Sonic looks like – which should be close to impossible considering the popularity of the Sega video games – there’s a good chance you wanted to barf). It probably wasn’t their fault anyway, rendering orders from higher chains of command. Disappointingly, it’s all in vain; you can redesign a character and even perfect it (admittedly, the CGI is undeniably impressive with strong levels of detail in fur and body parts), but there’s no having a good movie without some combination of solid direction, competent writing, interesting characters, and excitement.

Sonic the Hedgehog has none of those qualities; the outraged Internet got its way (to be fair, it’s hard to blame them for going apeshit considering gaming is a legitimate art form and home to some of the most powerful storytelling, yet consistently receives film adaptation so bad both mediums are simultaneously embarrassed), but hopefully, this is a lesson to prioritize. Demand any or all of the above; a character redesign is never going to make or break a moviegoing experience (Cats looked ghastly, but it didn’t suck because of that, more so that it literally has no story). Case in point, Sonic the Hedgehog begins with the eponymous creature living on his homeworld in a prologue that feels shamelessly tacked on to promote the idea of Baby Sonic amid the rabid approval of Baby Yoda. There’s maybe 30 seconds of narration where Sonic explains to newcomers that he has super speed, and then his guardian that happens to be an owl is murdered by what appeared to be evil owls, forcing him to move to a new home (Earth). Some people might ignore just how stupid and nonsensical this is being distracted by what is essentially Sonic blasting through the first area of Green Hill Zone from the original game as a means to demonstrate his blistering movements, whereas the rest will have a bad omen of what’s to come.

To the film’s credit (directed by Oscar-nominated short filmmaker now making his first narrative feature Jeff Fowler, and written by the team of Patrick Casey and Josh Miller), there is a creative cinematic function for Sonic’s trademark collectible rings. In the games, they simply act as buffers for health (getting hit means you lose rings, and while the player does have a chance to quickly regather a few of them scattered around before they disappear, having zero rings spells death if Sonic is successfully attacked again), but here there is one ring capable of opening up portals to other worlds. The problem is that the prized magical possession quickly goes missing, meaning the ability is never really explored (although Paramount and Sega are clearly setting up for an entire Sonic cinematic universe which, yeah… judging from this it’s likely not getting off the ground). 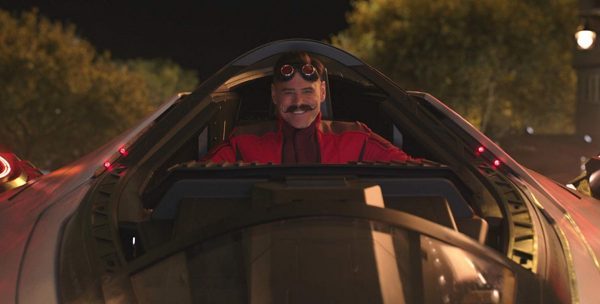 More frustrating is that Sonic himself (voiced by Ben Schwartz) is aggressively annoying with his unlimited energy. The script gives him serviceable motives (he’s lonely but afraid to mingle with society) but the jokes fall flat. There is an overabundance of pop-culture references, which occasionally makes no sense considering a sizable portion of the humor is fish-out-of-water antics. One minute Sonic is calling Keanu Reeves a national treasure, the next he has no idea what a telephone booth is for. And for all his speed, the movie itself never materializes kinetic energy or fun. The closest the movie comes to engaging are short bursts of action where time is basically frozen as we watch Sonic maneuver through an environment and rig chaos or rescue someone, but even those scenes are just cheap knockoffs of Quicksilver’s big X-Men moments.

I don’t want to say that these filmmakers don’t understand Sonic the Hedgehog (there has never been much of a story and there are enough Easter Eggs to give the impression that the IP is beloved by some of those working hard on this adaptation), but it’s clear that no one had any idea of what to actually do with his arch-nemesis Dr. Robotnik besides calling up Jim Carrey and requesting him to pretend it’s one of his quirky 90s roles. There is the tiniest sliver of characterization that he was bullied growing up and used intelligence and science to get back at the world, except it’s all white noise considering the entire performance is janky physical motions, wordplay, awkward dancing, and spinning around on computer chairs in his evil laboratory, that would normally work for Jim Carrey if there was something defining his personality and motives. Here, he’s just a revered scientist also acknowledged as a weirdo that becomes obsessed with experimenting on Sonic (just like the games, but now with Jim Carrey mannerisms). It’s lazy and a hollow excuse to have Jim Carrey get back in what is usually a whimsical and charming mode.

Even Sonic’s budding friendship with Tom (James Marsden) as a local police officer of Green Hill, Montana (apparently an actual location and not just a winking reference to the games) with ambitions for more demanding work is generic and lifeless. One character was forced to flee his home, the other willingly wants to move to a bigger city with his girlfriend (Tika Sumpter in a thankless role) and leave his people behind, which is an interesting dynamic that has its dramatic impact pushed aside for endless forced gags of Sonic depicted resembling a child that doesn’t know how to sit still or take anything seriously. It’s like watching a family-friendly version of Deadpool but with a hyperactive hedgehog that never stops irritating viewers and dropping second-rate jokes. This adaptation of Sonic the Hedgehog will encourage one to turn on one of the games and repeatedly make him jump onto spikes to his death as revenge.