Whenever the Oscar nominees are announced, the best and brightest of the film critic world (and idiot’s like me) gather together and begin our collective muttering about what film we feel deserves to win the Best Picture trophy.

While I can’t pass judgement on how deserving the latest crop of nominees are (because I haven’t managed to see all of them) it did get me thinking about all the films over the years that, despite being amazing and perhaps more deserving, didn’t receive a nomination for Best Picture.

So as we await the results of this years ceremony, we’re going to have a quick look at five great films that despite being among the best film of their eras, failed to receive a nomination for the Academy Award for Best Picture. 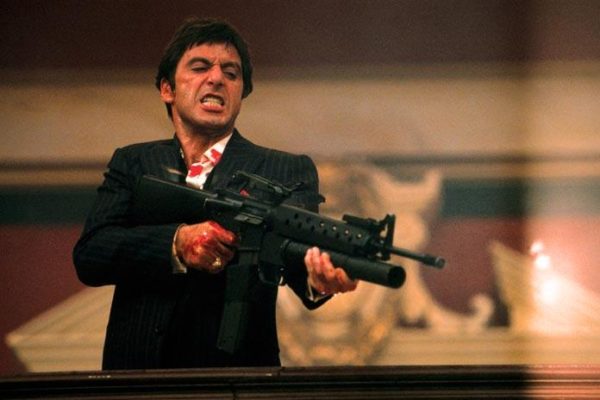 A film much-maligned upon its original release for its brutal violence, morally reprehensible characters and an overabundance of profanity, Brian De Palma’s Scarface has since grown in stature to become one of the most popular and iconic films of the 1980s, if not, of all time.

A very loose remake of the 1932 classic of the same name, Scarface is a fast-paced, violent, foul-mouthed roller-coaster ride as we follow Cuban exile, Tony Montana, as he begins his bloody rise up through the criminal underworld to become the cocaine king of Miami.

The biggest reason to watch Scarface is to see Al Pacino give one of his most iconic performances as Tony Montana, a man who snarls like an animal, curses like a trooper and tears across the screen like a cocaine powered Tasmanian Devil. Pacino’s performance is hilarious, ferocious, frightening and always entertaining, his almost cartoonish Cuban accent making his every word a treat and his every f**k laden utterance never ceasing to raise a chuckle or two. 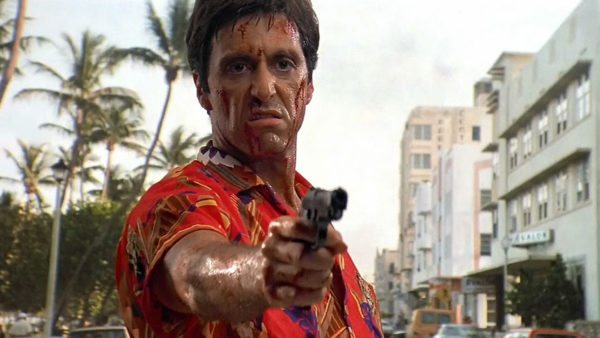 The script by Oliver Stone is peppered with bucket loads of profanity riddled one liners, many of them shocking, hilarious and endlessly quotable. Gems such as “First you get the money, then you get the power, then you get the women”, or “I only have two things in this world; my balls and my word and I don’t break em’ for nobody.” among many others.

De Palma’s direction is superb throughout, packing the film with various violent set-pieces including one particularly gruesome encounter with a chainsaw, before climaxing with an epic shoot out between an army of goons and a coke powered Pacino. The look and style of the film is also a perfect time capsule of the early 1980s, the garish fashion styles, the synth-heavy soundtrack by Giorgio Moroder that somehow manages to be both dated but also somehow miraculously timeless. 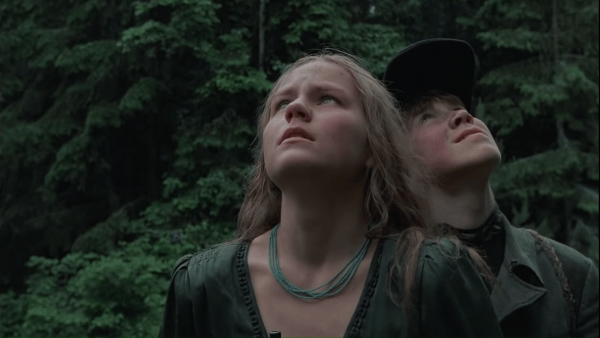 I talked about this one in a feature many years ago, but it’s a recommendation that bears repeating. One of the most brutal and horrifying depictions of war ever depicted on film and one of the most frightening films I’ve ever seen; Elem Klimov’s Come and See.

Come and See follows Floyra, a teenage boy living in Soviet Belarus who rushes off to join the partisans to fight the invading forces of Nazi Germany who are tearing across the country. What follows is an almost literal journey into hell on earth as Floyra struggles to survive in a world were death and destruction lurks around every corner.

Come and See is not a film for the faint-hearted. A fierce and unrelenting depiction of the horrors of the Second World War’s Eastern Front, one of the bloodiest in human history, the film does not shy away from graphically depicting of the brutality faced by its young protagonist. This brutality is worn on the face of lead actor Aleksey Kravchenko who begins the film as an enthusiastic young and youthful looking boy, but by the end, after everything he has seen, looks like an aged mentally shattered old man. 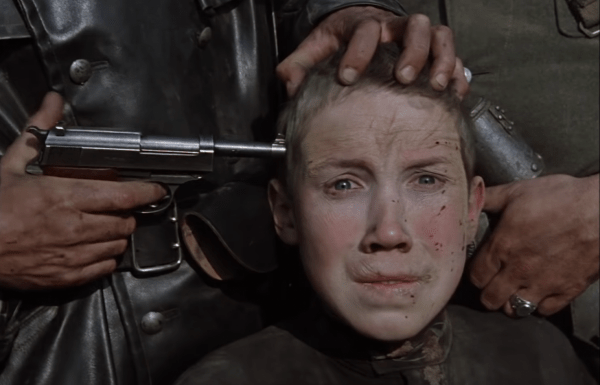 Supporting characters are far and few between, with the few we do meet often quickly killed off in the film’s numerous atrocities. The atrocities themselves are the stuff of nightmares, and sadly of history, as in one particularly torturous 20 minutes long sequence, we are forced to watch as an entire village of civilians is brutally murdered by a force of sadistic cackling psychopaths.

A truly horrific experience that leaves you shattered and broken by the end, Come and See is one of the most visceral and raw films and a powerful depiction of what horrors humanity is capable of inflicting upon itself. If you only see one of the films in this feature make it Come and See.