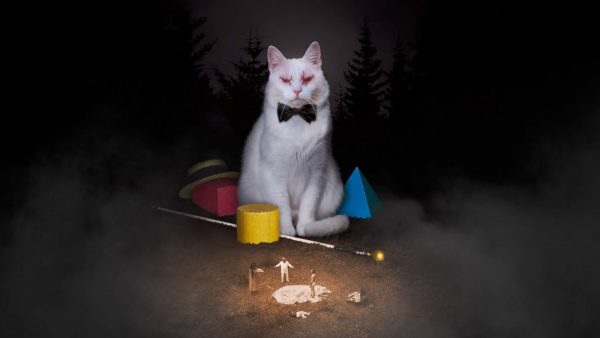 Ahead of its UK release next month, a trailer has been released for writer-director Johannes Nyholm’s psychological horror fable Koko-di Koko-da which follows a young couple (Leif Edlund and Ylva Gallon) as they are terrorised by a sideshow artist and his shady entourage while camping in the woods; watch it here…

A couple, Tobias (Leif Edlund Johansson) and Elin (Ylva Gallon), embark on a trip to find their way back to each other and repair their broken relationship. A sideshow artist (Peter Belli) and his shady entourage emerge from the woods, terrorizing them, luring them deeper and deeper into a maelstrom of psychological terror and humiliating slapstick. Desperately the couple tries to escape, only to find themselves back where they started: in their tent, waking up at dawn. By way of their tangled dreams, we relive one particular night in their lives over and over again. From this nightmarish atmosphere, underpinned by a haunting score and striking cinematography, a poignant story emerges about relationships, grief and reconciliation, and love as a healing force.

Koko-di Koko-da is set for release on March 27th in the UK.