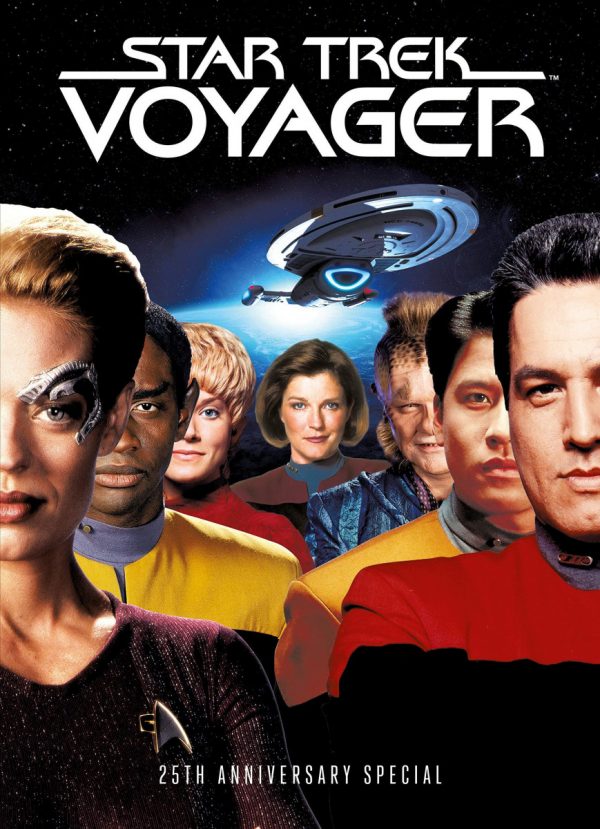 Is it better to say Star Trek: Voyager is now twenty-five years old or that it’s a quarter of a century old?  What would make us feel a lot less older? Captain Janeway and her crew, aboard the USS Voyager, were flung into the Delta Quadrant so long ago!  Now, thanks to Titan, the 25th Anniversary Special magazine will hopefully be evoking a few memories we’d long since forgotten.

Before I begin let me give you a little background on my Star Trek: Voyager history.  I’m an official badge wearing Trekkie, yet on Voyager’s initial run I despised it.  Honestly, I was buying the VHS tapes and got so far before I stopped and sold them. I couldn’t stand the show to the point I once got into a full-blown argument with one poor soul who attempted to tell me it was better than Babylon 5.  The nerve!  However, many years later my middle child was making their way through the numerous Star Trek series – with myself in the background – when they ended up at Voyager.  So sitting back, expecting them to cry out in frustration, “This is awful!” I was surprised to not only find they weren’t, but that I was also becoming a fan.  Now I think it’s fantastic, though if we’re being honest I’d recommend newcomers start watching mid-season 2.

With that brief history of my Star Trek: Voyager hate then love out of the way, I turn to the 25th Anniversary Special from Titan.  What’s been delivered for this landmark release is a full colour, rather impressive looking magazine that comes in at just under 100 pages.  It certainly looks the part for any fan of the show straight away. Though on my reviewers copy, there’s a serious lack of Tom Paris and a certain EMH on the cover, which I’ll be honest is a bit of a crime. 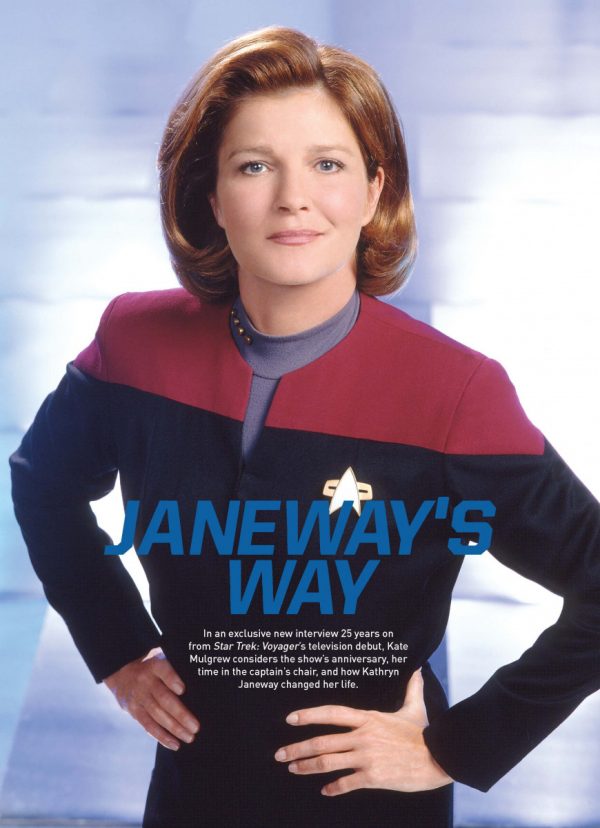 Opening the magazine and straight away there is an excellent interview with Kate Mulgrew.  Kate discusses so much here: her time on Voyager, episodes she enjoyed filming, the impact it’s had on her life and has continued to do so.  There’s even a mention on whether she’ll be interested in coming on board with the new Star Trek: Picard series (though I shan’t reveal the answer, you’ll just have to buy the magazine_.  This introduction to the 25th Anniversary Special – with Voyager’s Captain – was an excellent start and it would have been fantastic if the rest of the cast were available to look back at the last 25 years, but unfortunately it doesn’t appear that they were.

What the rest of the 25th Anniversary Special brings together – from this point on – are interviews with the cast from across Voyager’s years of original transmission, which previously appeared within the pages of Star Trek Magazine.  These can be fascinating to read, knowing the cast now (if you keep up with Trek podcasts and the Star Trek websites).  Robert Beltran especially stood out when he spoke about being “…a glorified extra” due to the size of the cast and sometimes they wouldn’t have anything to do.  Everyone seemed to truly appreciate the work and friendship, but it’s clear with Robert’s honesty it wasn’t all wine and roses.

With the interviews and pieces being pulled from the back-catalogue of Star Trek Magazines, a few readers may have already seen a good portion of this 25th Anniversary Special release.  However, Titan does make sure this flows well and in a nice chronological order. Giving both a smart synopsis at the start of each season along with hidden gems that are overlooked, make interesting and great to the point features.  Along with this (per season) they deliver a “State of Season”.  Starting with Brannon Braga then moving to Jeri Taylor and finishing with Braga again, each producer in question discusses their feelings on the show for that season, which, as laid out here in the Anniversary issue, makes for fascinating reading. 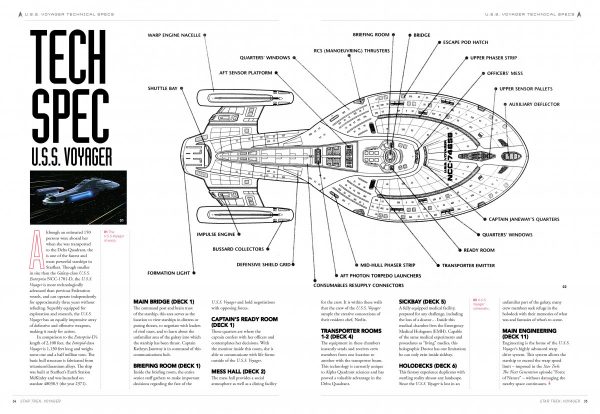 With only a Tech Spec of Voyager and filming the opening credit sequence placed in between all of these interviews, there’s no other real background Voyager information within the 25th Anniversary Special.  It would have been good to see a bit more of the “behind the scenes” from the Universe of Voyager, that and perhaps more (from a nerd perspective) images of the USS Voyager itself.

That being said, this is a 25th Anniversary Special and a lot of the interviews pulled together date from the turn of the millennium, so the chances of most of us owning the Star Trek Magazines still or actually remembering the interviews are slim.  So here we have preserved a slice of Star Trek: Voyager history, gathered together in a rather impressive looking collector’s magazine.  For that we should be quite thankful.