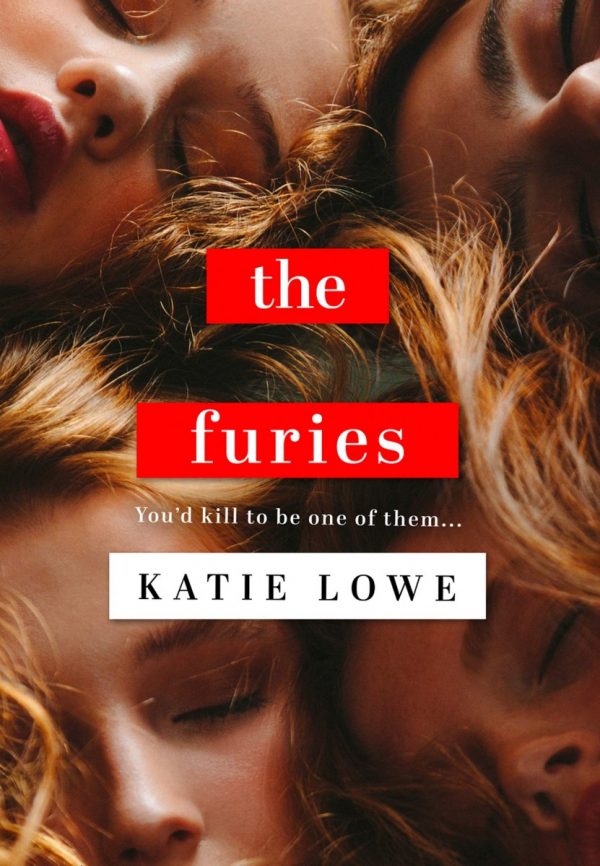 The Furies is a book about being a teenage girl, about wanting to fit in and how far you are willing to go for people you think are your friends, but also the rage you feel at how powerless you are to affect the world around you. Told from Violet’s point of view, she describes with no emotion how she ended up at Elm Hollow for sixth form. Elm Hollow is a girls school that goes back generations but also has historical relevance in the area as a place that was affected by the witch trials of the 17th Century.

Violet is hard to like, which is made worse by how badly she wants to be liked. When Violet starts at Elm Hollow, she ends up becoming part of a friendship group that is haunted by the death of Emily Frost, the group is comprised of Alex, Grace and Robin. Violet is fascinated by Robin, although it is hard to understand why, as Robin pulls her into more and more dangerous stunts she feels that Robin is using her, but yet keeps allowing herself to follow Robin in anything she suggests.

The story gets darker the further into it you get, but leaves open the question as to whether some of the deaths that happen in the book were accidents or whether they have supernatural origins as Robin and Violet cast a spell to call down The Furies. There are several nightmarish moments and betrayals, taken to murderous degrees.

The book itself has a lot to say about peer pressure and asks how far you would go to make and keep friends, even if those friends don’t seem to have your best interest at heart. Violet bears a small resemblance to Emily and is constantly reminded that she isn’t her. Everyone is guilty of something in this book and there is a lot of anger held by a large number of the characters.

The book also says a lot about belief: do the girls really believe they are the harbingers of revenge or are they just trying to give themselves power, in a world that tells girls they will never be strong enough? Violet also looks up to her teacher, Annabel, who urges them to think for themselves, although this is something that none of them seems to be capable of doing at the start of the story, especially Violet as she seeks approval from everyone.

The pacing of the novel is quite slow, as we follow Violet into her new school. The Furies has a lot of dreamlike set pieces, and as it is told by Violet remembering her younger self, it does have that feeling of memories, with some being clearer than others. There is a lot of tension in the story that can feel too much in places, but this is the case with a lot of stories involving teenagers. I did enjoy The Furies and there are sections which made me glad to no longer be a teenager and have to be so emotionally invested in school manipulations.