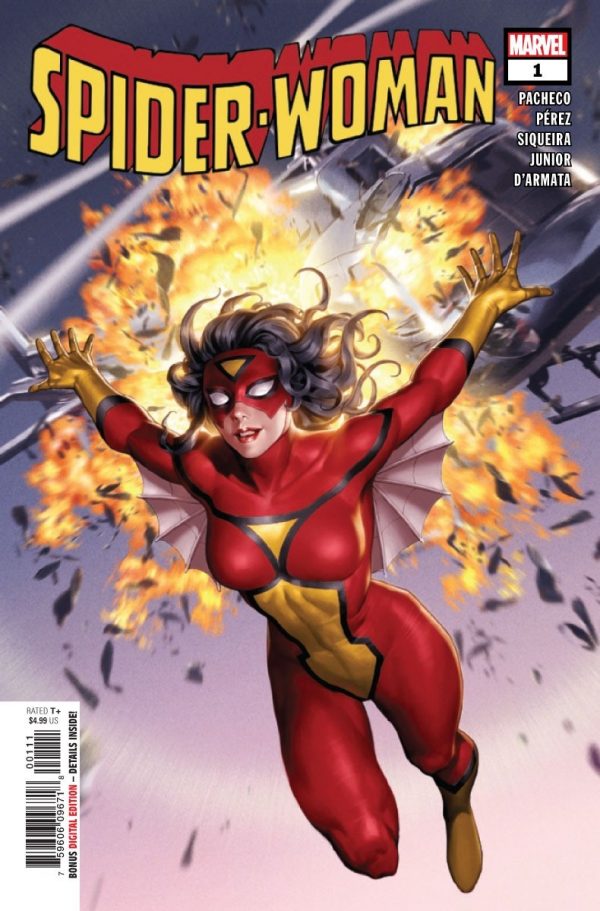 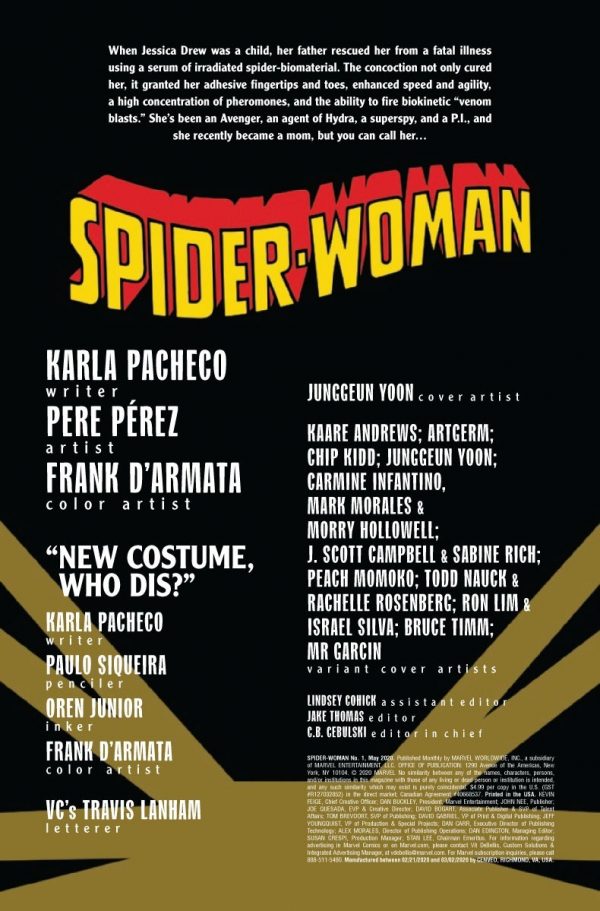 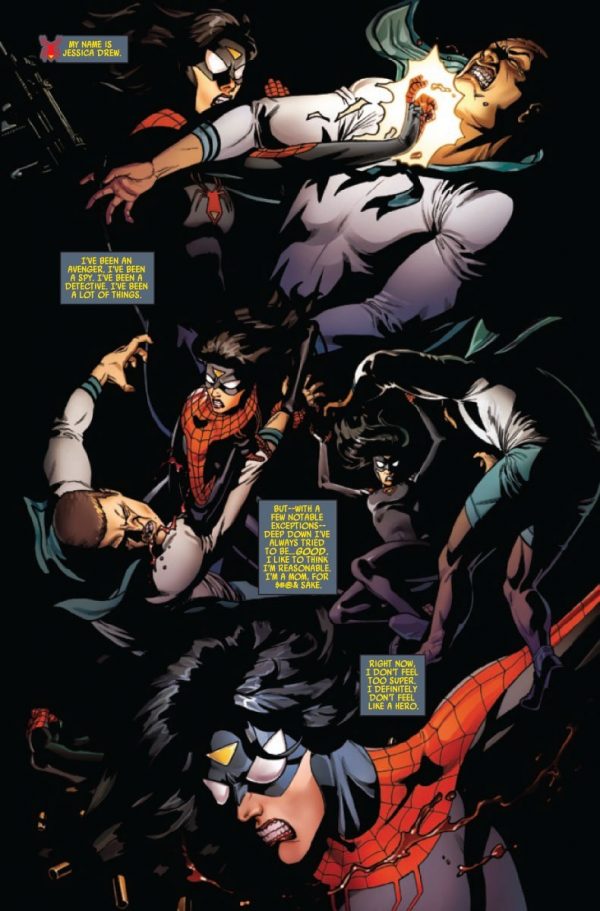 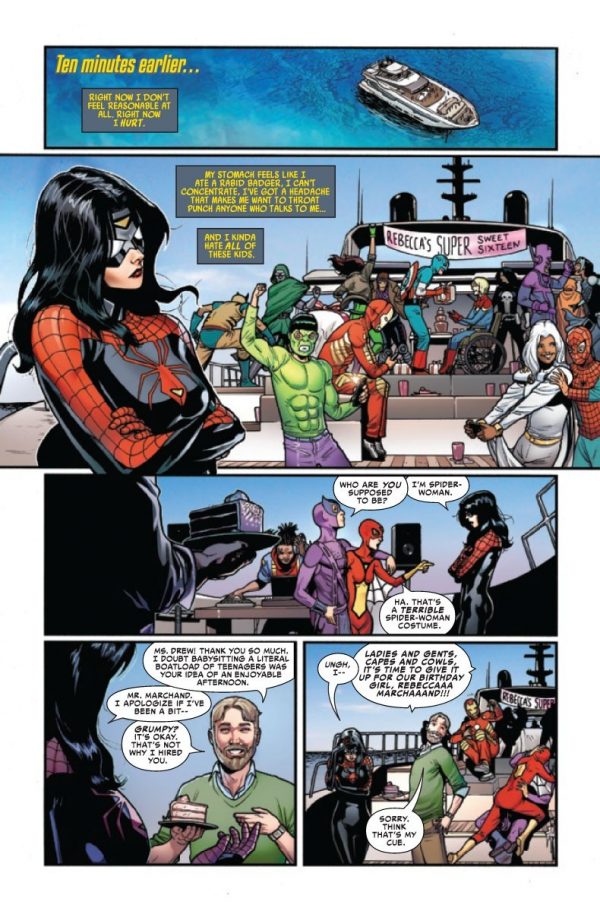 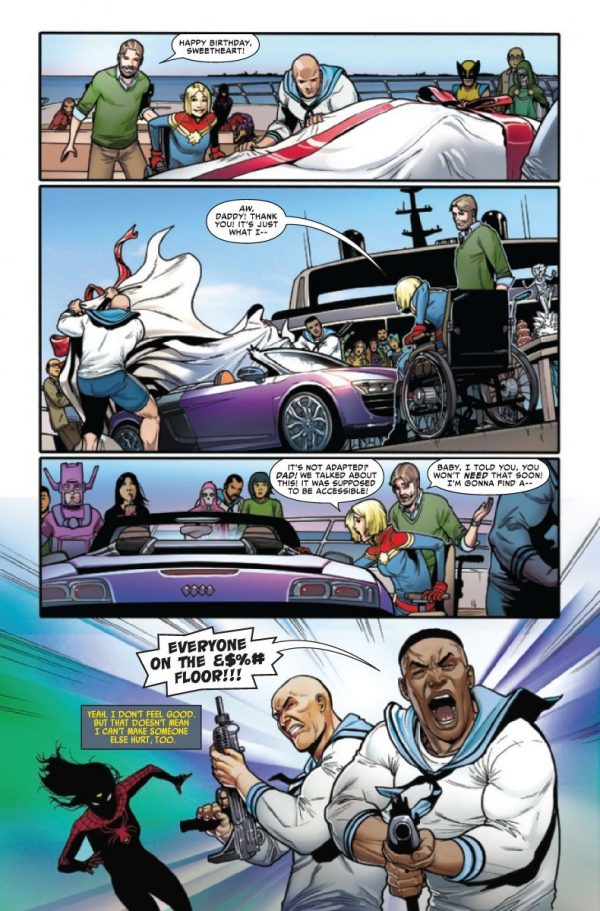 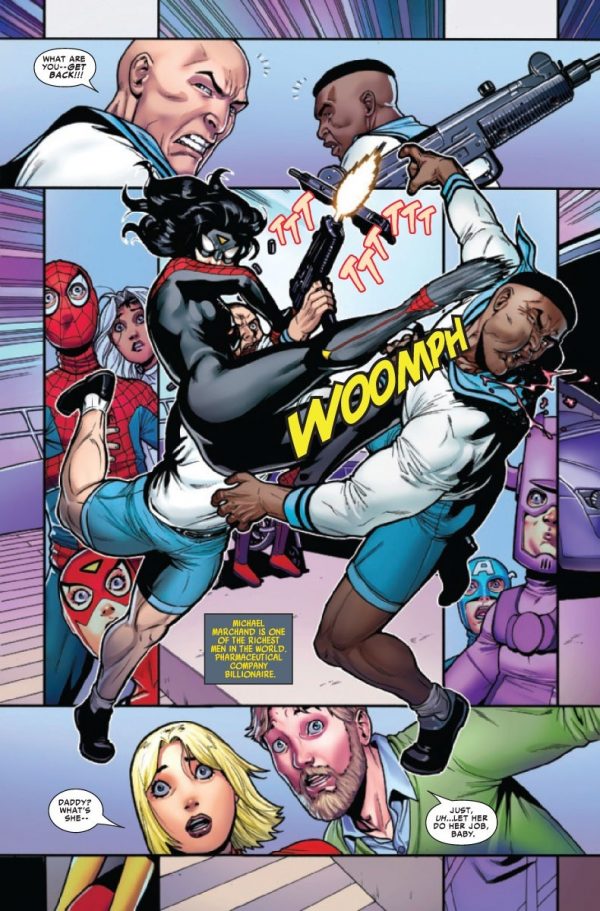 SPIDER-WOMAN IS BACK, AND PULLING NO PUNCHES!
Jessica Drew hasn’t been feeling like herself lately (she’s not a Skrull, we promise). When the angry, irritable, and unwell Spider-Woman takes a simple security gig to help get back on her feet, she finds herself besieged by unknown forces out to destroy everything around her. What’s wrong with Jessica? Just how DID she get this job? And who are these violent lunatics who keep trying to blow her up? WHO CARES? Does Spider-Woman have someone to punch? THAT’S ALL THAT MATTERS.

An explosive new series that pushes Spider-Woman into new heights of action and adventure from the mad minds of Karla Pacheco and Pere Pérez, this is the Spider-Woman book you’ve been waiting for!