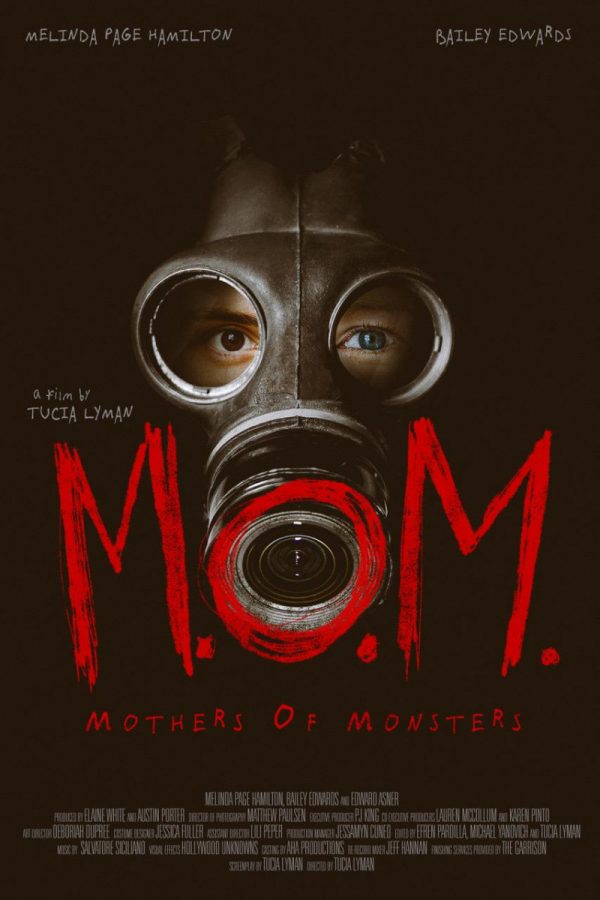 A distraught mother suspects her teenage son is plotting a school shooting, but when he slips through the cracks of the system, she is forced to take matters into her own hands. 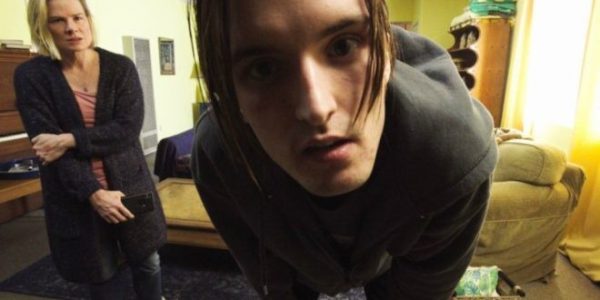 Tucia Lyman’s M.O.M (Mothers Of Monsters) exudes big-time We Need To Talk About Kevin energy through a “found footage” lens. Combative scripting offers oodles to ponder about mental illness, parental limitations, adolescent awkwardness – I’m just not positive Lyman’s message prevails. As surveillance videos persuade viewers with either the makings of a murderer or the delusional breakdown of a single mother, intentions become lost in translation. A disappointment given the performances provided.

Abbey Bell (Melinda Page Hamilton) believes she’s raising America’s next mass murderer in son Jacob (Bailey Edwards). As a precaution and hopeful prevention, she documents Jacob’s habits day by day. Sometimes blatantly with a smartphone, otherwise through hidden recording devices placed in strategic household locations. What she hopes for is the truth, no matter how it hurts her family. What she doesn’t hope is Jacob catches on, turns the proverbial tables, and pushes his mother to her own brink of sanity. Guess what happens.

Melinda Page Hamilton and Bailey Edwards are proficient manipulators as actors. One the anarchistic outcast who displays all the signs of rebellious angst, the other a mamma who dwells on past traumas out of replication fears. In the way Hereditary suggests we can’t escape our bloodlines, M.O.M explores the same programmed territories in ways that permit Hamilton an arsenal of performative weapons. Edwards nails playing reclusive, distant, and stupidly bratty in ways that’re outright troubling but still possibly teenage obnoxiousness – yet Hamilton dives deeper. Abbey Bell balances morality with maternal instincts, made both a martyr and instigator. Completely out of balance with dramatized purpose, leaving the entire investigation in question as a narrative foil.

Nightmare fodder as presented is psychologically minded, never in-your-face scary. Benefits include no weak jumps into framed cinematography that many other first-person filmmakers mistake for “scares,” but also leaves the film a bit underserved in the tension department. Jacob’s outbursts equate to slammed doors and furious rants about his hidden Playstation being returned, while Abbey’s sleuthing uncovers coincidental red flags from Nazi gas masks to mapped school blueprints. Altercations remain verbal, and can sting with unease as Jacob’s morbid, vague “threats” hang overhead. A battle of wits urges onlookers to question how signals are processed, alas the film’s payoff doesn’t align with softer buildups in this critic’s opinion.

As Jacob tortures his ailing mother, her mention of relative “Jerry” becoming ever-relevant, the “monster” aspect of M.O.M struggles to develop its meaning. Lyman’s “in limbo” storytelling keeps swapping allegiances, until a third act that abruptly stops pondering the unconscionable dilemma Abbey faces and becomes a straight horror diversion. The problem is, “horror” never overtakes. We spend so much time wading through the complications of accusations and possible fantasy, only to spin out of control in a way that benefits neither plot angle. To say there’s thoughtfulness in Lyman’s first and second acts would be correct – both Abbey and Jacob are victimized in their own ways – and yet, our climax is a big, gusty question mark. Certainly dark enough to appease groups of genre fans, but undermines larger conversations instigated by preceding buildups.

M.O.M (Mothers Of Monsters) is a simple concept: what the hell is a parent to do if their child shows signs of violent tendencies? Then it gets messier. What if implanted preconceptions warp our reading of someone else’s actions? Instability is projected, lives are thrown into turmoil, privacy invaded – Tucia Lyman is unafraid when exposing uncertainty between mother and son. Where I’m lost is the payoff, which climaxes on a derivative note versus the previously introspective qualities of a perspective-based thriller that weaponizes just that: perspective. In any case, worth the investment for anyone still curious about the risky business of this unthinkable real-world situation. Hopefully, you’re more in-tune with Lyman’s finishing blow.