Sideshow has unveiled its 1:6 scale Batman and The Joker Noir version figures. Limited to 500 pieces apiece, the collectible figures are available to pre-order now, priced at $225 and $240; check out the promotional images here… 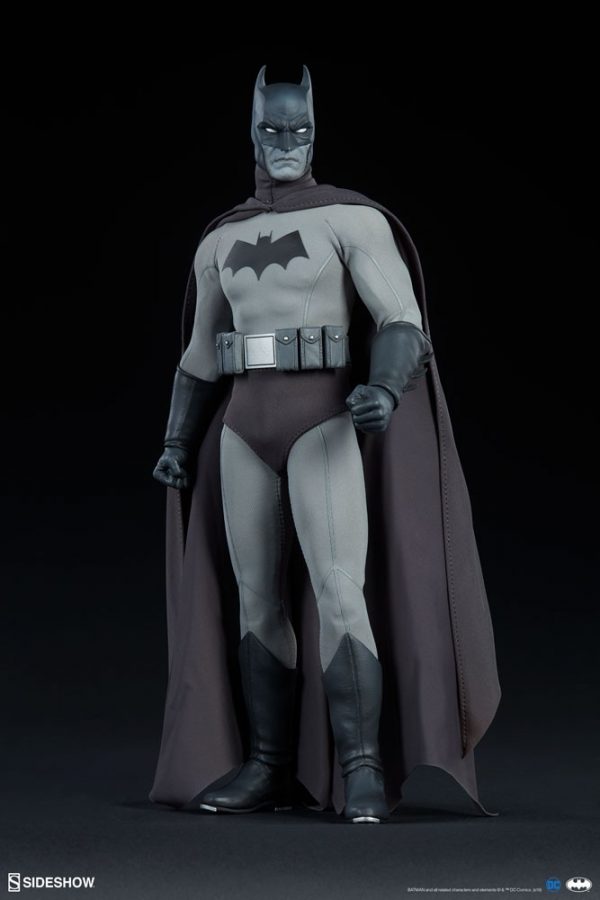 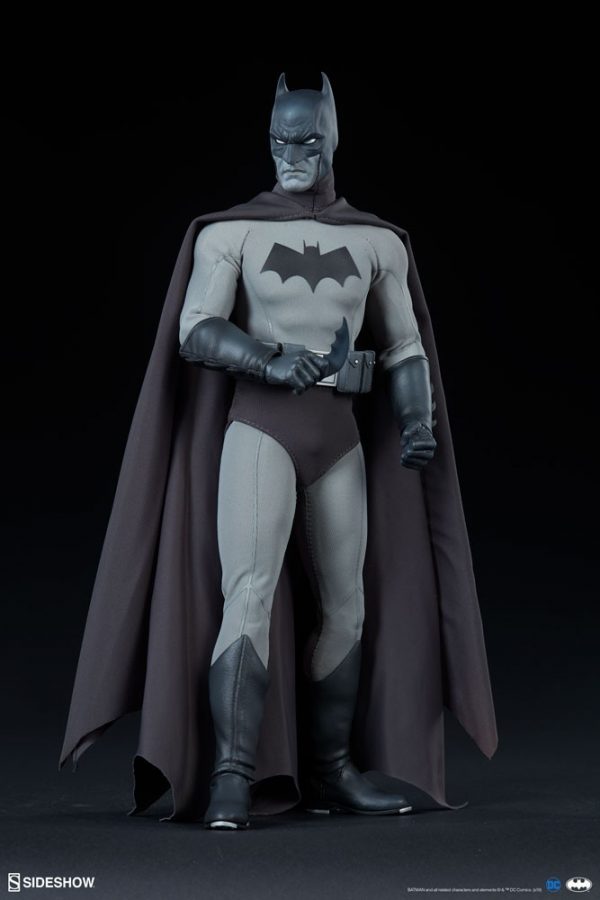 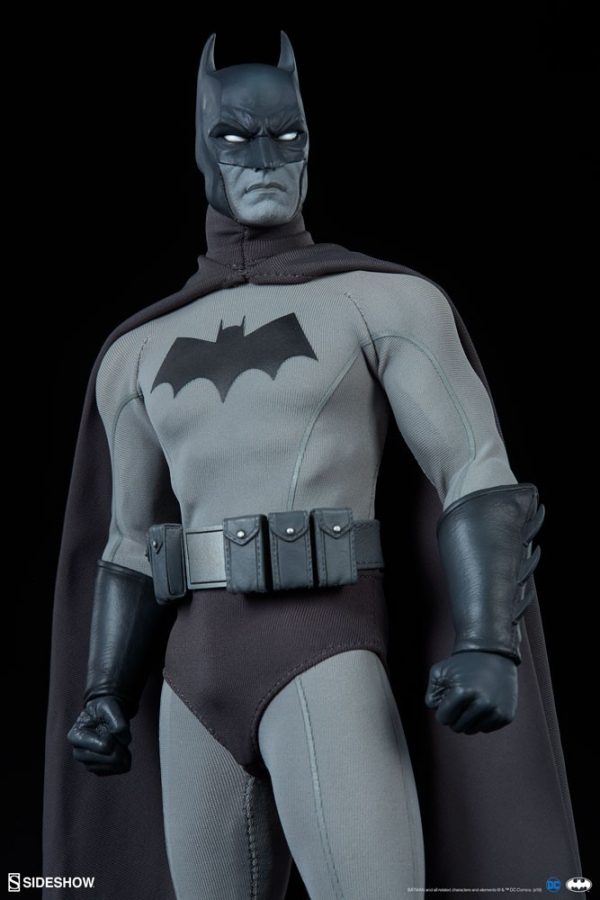 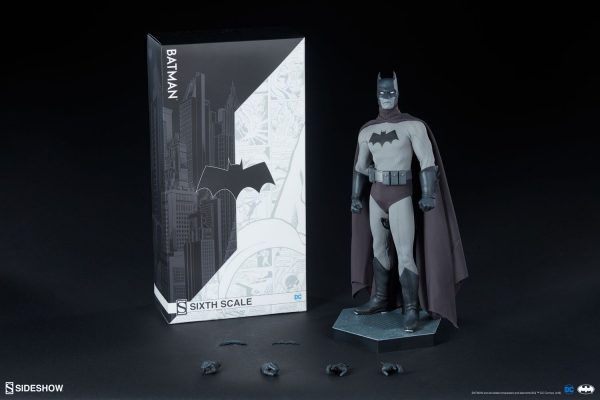 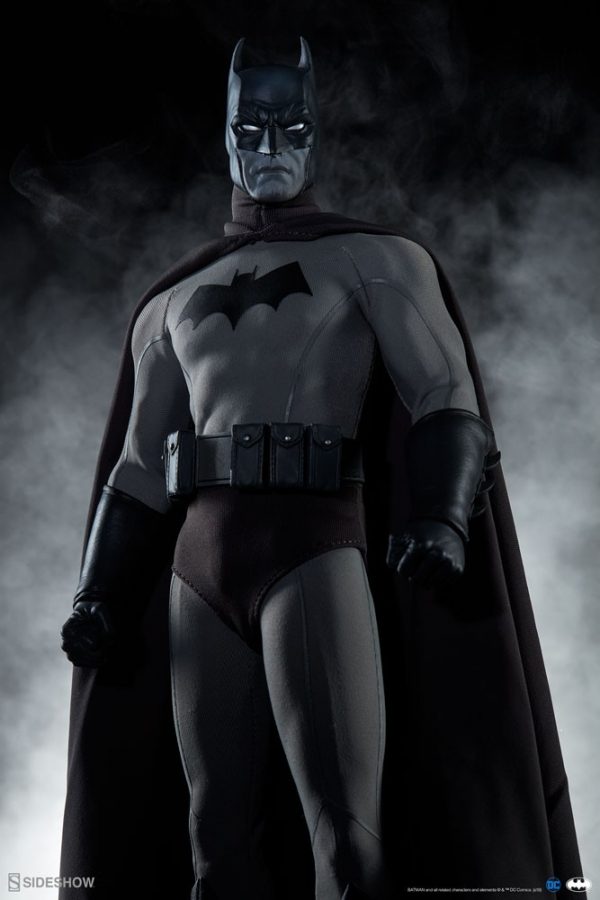 He has become one with the night. The Batman (Noir Version) Sixth Scale Figure is cloaked in a tailored fabric Batsuit that gives Bruce Wayne a unique monochromatic appearance. His costume features a grey undersuit with the bat-symbol on the chest, along with dark briefs and his signature bat wing cape. He also wears a pair of black sculpted boots and a pair of ridged gauntlets, along with a grey utility belt. Batman’s head sculpt is inspired by his comic book appearance, wearing a stylized cowl with white eyes creating the iconic silhouette of Gotham City’s vigilant defender.

The Batman (Noir Version) Sixth Scale Figure has a muscled body design, articulated for a variety of action-packed poses. Equipped with an arsenal of bat-gadgets, Batman comes with two styles of Batarang to hold, as well as three sets of sculpted hands, including right and left fists, batarang grips, and dynamic gesture hands. 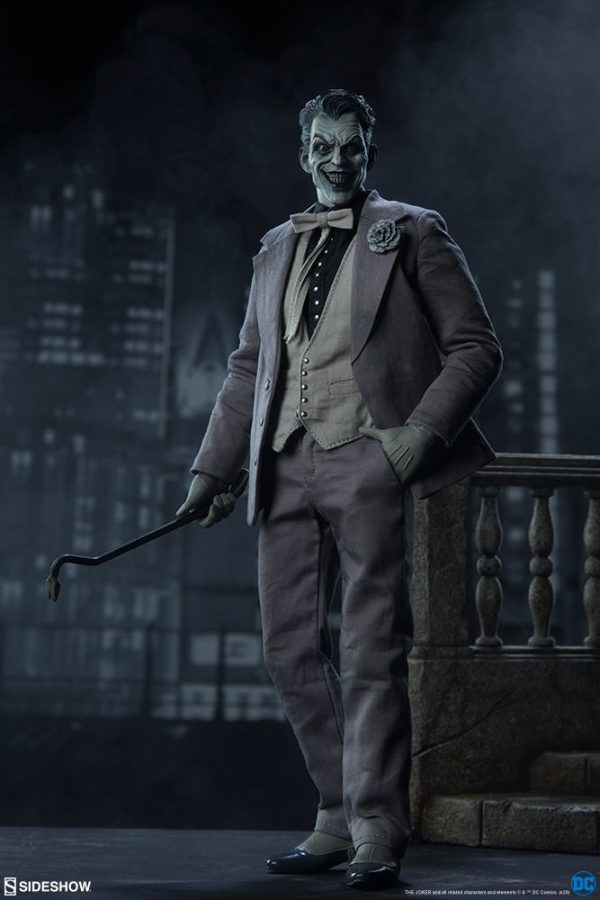 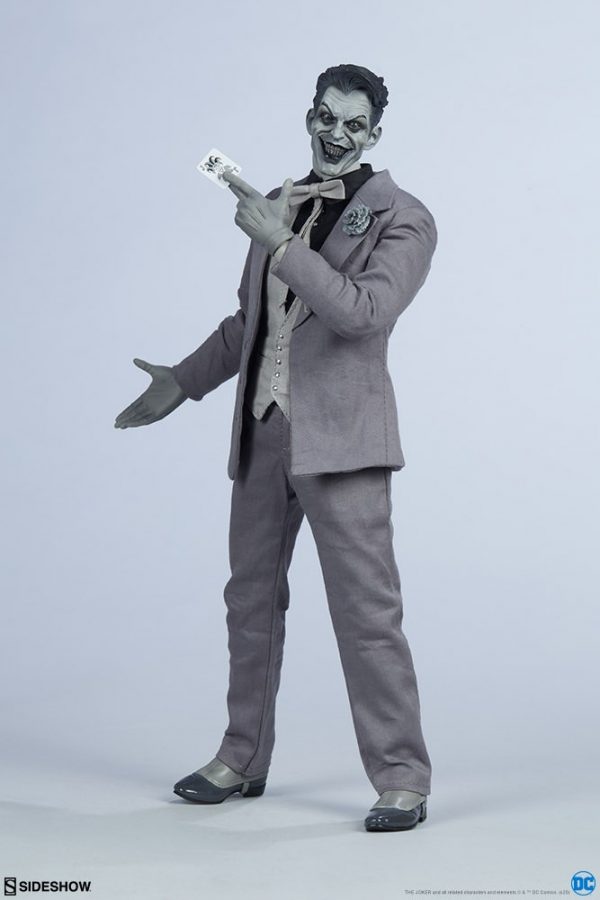 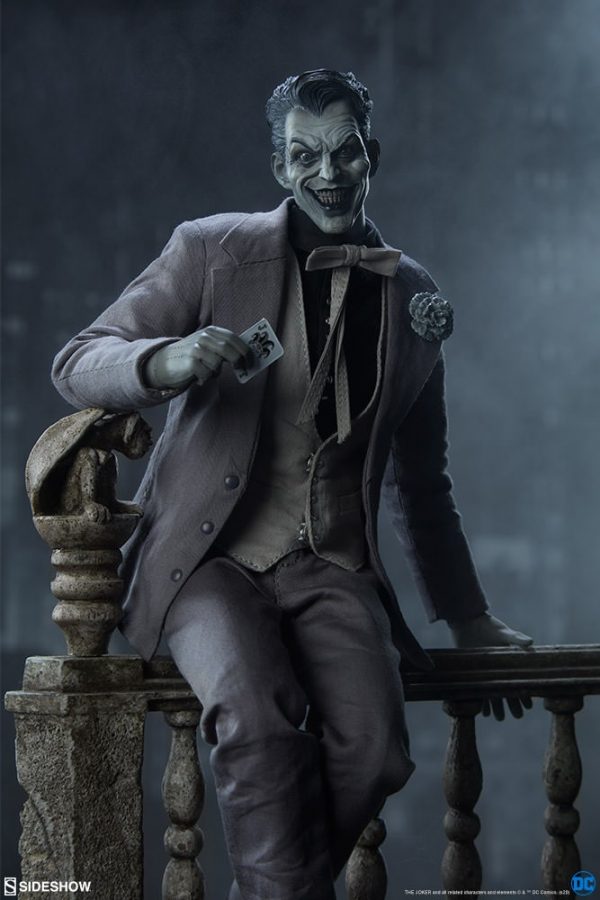 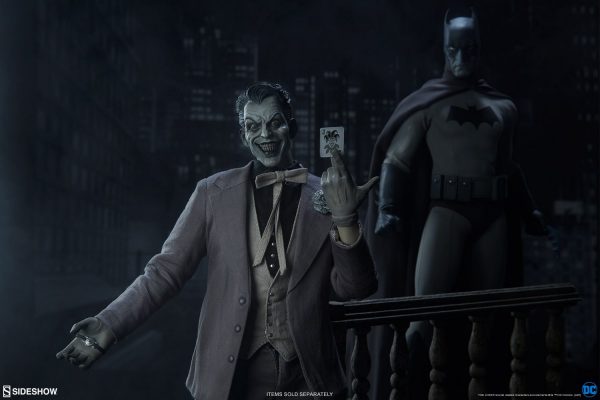 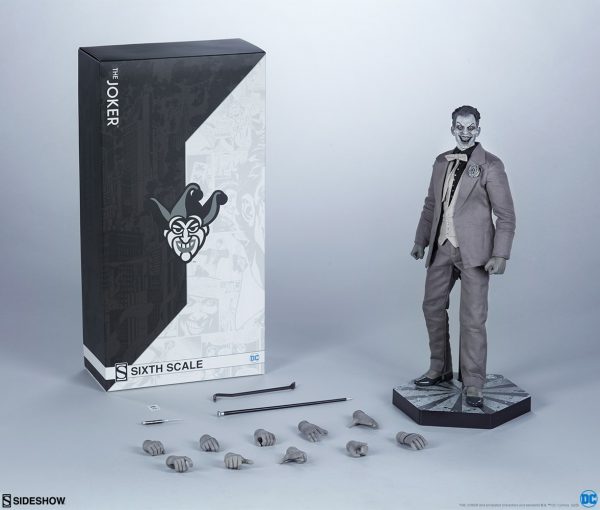 The Joker Sixth (Noir Version) Scale Figure features an intricately tailored costume in dapper black, white, and grey tones, giving the Clown Prince of Crime a uniquely vintage appearance. His costume consists of a fabric suit jacket and pants, a vest, a dress shirt, and a bow tie. He also has a sculpted lapel flower, shoes with sculpted spats, and ten different gloved hands; a pair of grip hands, a pair of fists, a pair of card-holding hands, and additional hands for pointing, holding his cane and gun, and a hand with a gag buzzer.

The Joker (Noir Version) Sixth Scale Figure has an articulated body, perfect for crafting any number of clownish or cruel poses in your collection. His monochromatic portrait is inspired by his DC Comics appearance, complete with his signature makeup, coiffed hair, and a sinister smile. The figure comes with a number of detailed accessories for executing The Joker’s most devious schemes, including The Joker card, a cane, a crowbar, and a knife.