Sideshow has released promotional images for Star Ace Toys’ My Favourite Movie Series Vincent Vega 1:6 scale deluxe figure which is based on the appearance of John Travolta in Quentin Tarantino’s 1994 classic Pulp Fiction. The collectible is available to pre-order now, priced at $299.00; take a look here… 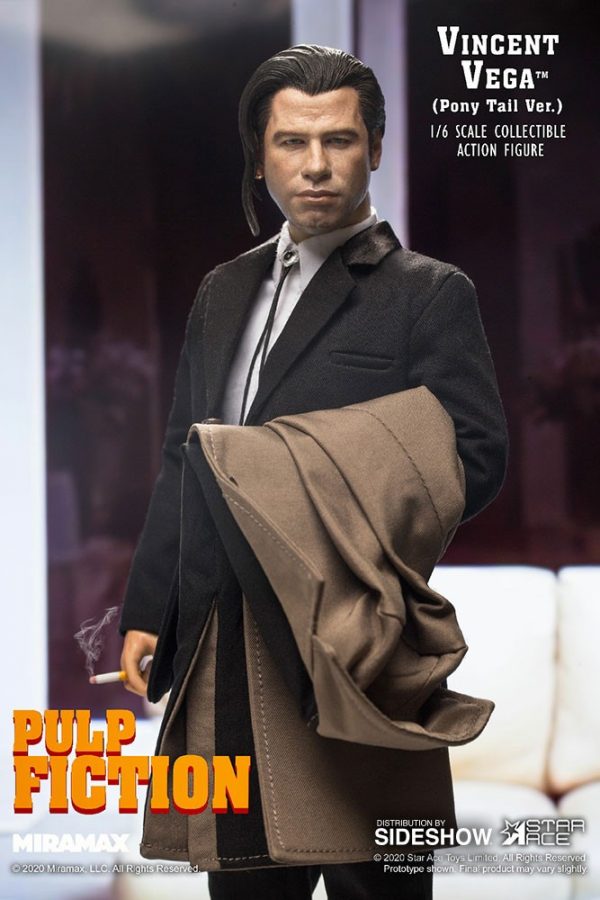 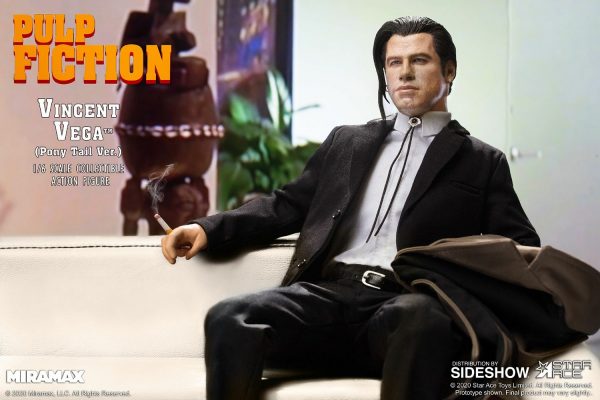 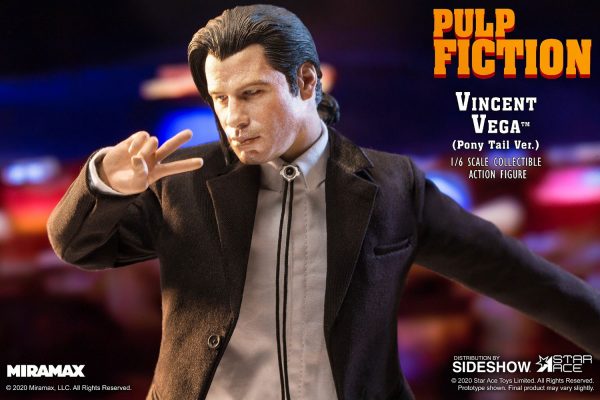 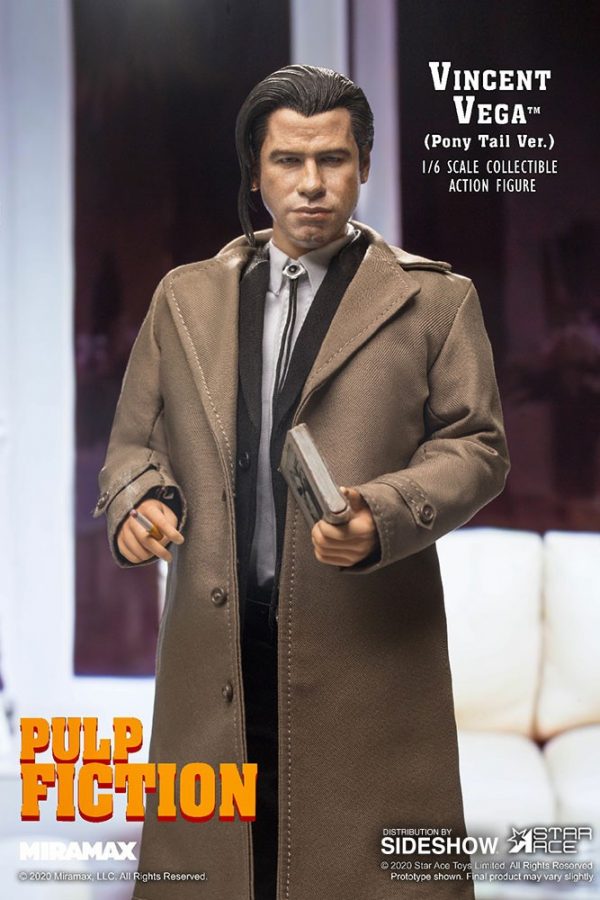 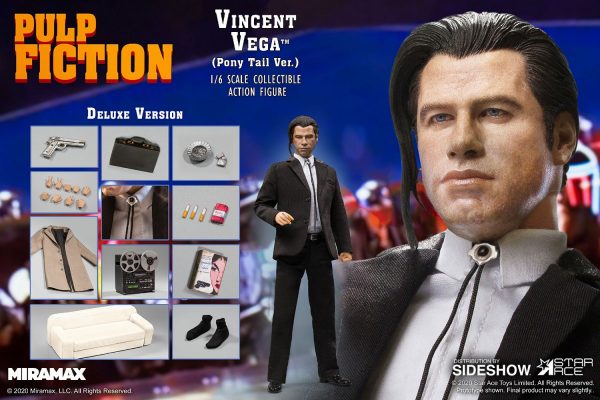 Quentin Tarantino changed narrative film with his revolutionary crime film Pulp Fiction. John Travolta played gangster Vincent Vega and it revitalized his career. This figure of Vincent Vega is from the memorable sequence in the film where Vega is tasked with showing his boss’s wife a good time, without taking advantage. Vincent dress for his “date” in a smart black suit with a bolo tie and slicks back his long hair in a ponytail.

Star Ace brings this version of Vincent Vega to life as a fully realized sixth scale figure featuring a movie-accurate likeness of John Travolta with ponytail, and various accessories from the film, such as the mysterious briefcase, his overcoat, and his always present cigarette. The deluxe version of the figure also includes the white couch and the reel-to-reel tape deck from Mia Wallace’s living room.