Star Wars: The Rise of Skywalker was met with a mixed critical response, and now one of the stars of the sequel trilogy, Greg Grunberg, who plays Snap Wexley, has revealed one of the criticisms that made him “pissed off and angry.” 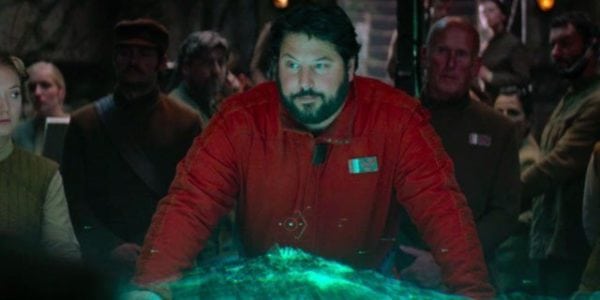 In a recent interview with The Hollywood Reporter, Grunberg revealed any criticism regarding The Rise of Skywalker pandering to the fans offended him as he believes the final film of the Skywalker Saga did a great job of wrapping the story up and servicing the characters.

“When the movie came out, I was so pissed off and angry about one specific criticism that I heard,” said Grunberg. “It said, ‘Oh, he’s just pandering to the fans.’ It’s like, ‘What are you talking about? A movie like this is all about satisfying the fans.’ And J.J. [Abrams] does it in an emotional way as the characters are connected. There’s almost no fat in this movie at all, and that cannot be said for the others. There are moments where you go, ‘Oh, you could lose that scene, and the movie would still hold up.’ Everything in this movie matters, and they did such an incredible job of wrapping up and servicing all the characters.”

“Would I have liked to have seen more of Rose? Yes. Would I have liked to have seen more of the other characters? For sure, but you can only do so much. And things change in the edit. You were talking about Kelly [Marie Tran] mentioning that we shot and reshot some stuff, but a lot of that stuff didn’t even end up in the movie,” Grunberg added. “I’m excited to see the DVD extras, because there are some amazing moments that I have that I can’t wait to see. It was really, really difficult for them in edit to lose some of that stuff, and selfishly, I’m talking about my stuff. There are so many other things — and huge things — that I think people are going to appreciate when they look at it. But, that was the one criticism that really kind of offended me.”

Do you agree with Greg Grunberg that the criticism of Star Wars: The Rise of Skywalker pandering to the fans is unwarranted? Let us know in the comments below or tweet us @flickeringmyth…