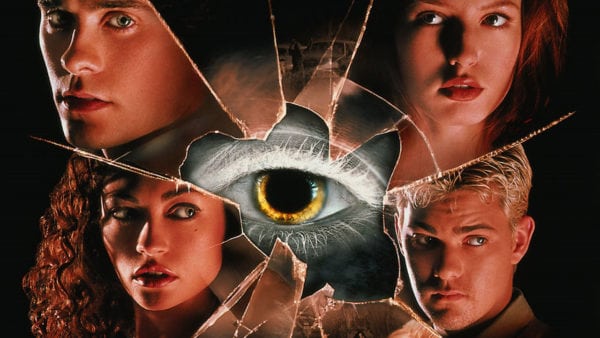 I remember being a teenager and hearing the phrase “they don’t make them like that anymore.” It was usually in regards to some form of entertainment, like a music genre or certain movies. My youth left me ignorant to the statement though. It was an intangible concept; I found myself thinking that people were always making the same things over and over again. It isn’t until you see an entire trend die as quickly as it was born that you begin to see things differently. Now I look back at a film like Urban Legend and think “they don’t make movies like this anymore.” Sure it isn’t a classic by any means, but the 1998 slasher still means something. So, let’s journey into why this film made a lasting impression in a dying genre.

Like the Western movies or Disco music, some trends die out, and the slasher film is another one of those things. The infamous genre dates back to around 1960 with the release of Peeping Tom and Psycho. Both films put you into the POV of the killer – usually a white man with serious issues – and forces the audience to deal with the “what if” of dealing with a killer. As the 1970’s went on, slasher movies went from a man attacking one woman to a group of teens being picked apart until one final girl is standing. Films like Black Christmas, Texas Chainsaw Massacre, or the groundbreaking Halloween come to mind. By the time the 80’s and 90’s came along, slashers was a formula that could be mapped from a mile away. Urban Legend came at a time when the genre was on its last real legs. With an original concept though, the Jamie Blanks-directed film stands above the rest. And now, there is about one homage-filled slasher every few years and probably a handful of indie cult hits. Even a recent film like Hatchet feel like an homage to 80’s than concept pushing pieces. The closest to Urban Legend might be the mockumentary slasher film from 2006 titled Behind The Mask: The Rise Of Leslie Vernon. 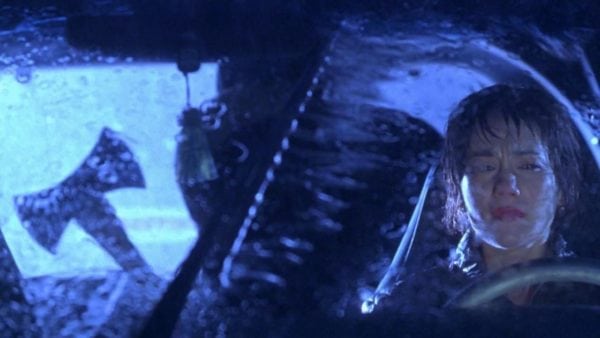 If you break the slasher genre into ages, you have the golden, the silver, and the bronze ages. Nightmare on Elm Street belongs to the Golden Age. A film like Scream makes it into the Silver Age, while our focal point, Urban Legend, falls right in the middle of the Bronze Age. In 1998, everyone was trying to capitalize on the success of Scream. It wasn’t just a film like Urban Legend, but every movie after 1996. Action, horror, and even teen comedies all became meta. These films lived in a world where other films existed, a world where they knew the tropes & cliches, and they made sure to let viewers know. But Urban Legend took a different approach; the film used the metatextual route to discuss real folklore in our society, the way kids talked about horror in a Wes Craven movie. In doing so, the filmmakers now add another level to the slasher film; taking the self-aware gimmick right into our real society.

What makes Urban Legend feels so special is the use of real urban legends and American folklore as the premise of the entire film. Like our favorite scare in a movie, these stories are passed around from generation to generation. The film includes over a dozen references to real life myths and legends, everything from Bloody Mary to the danger of mixing Pop Rocks and soda pop. Both cinema and folklore scholars often cite that the movie is one of the first major films to redistribute the urban legends and folklore depicted within it to the public.

Many of kills in the film revolve around some of the strangest urban legends, one of the biggest being the organ theft one. If you are not familiar, the basis of the story is meeting someone on a blind date, going home with them, and waking up in a bathtub full of ice and your kidney missing. Another popular urban legend used is “The Hook,” a story popularized in the 1950’s. In this story, and within the film, two lovers drive into the woods where a man with a hook attacks their car. The film version changes things up by one of the victims doesn’t make it out alive, but it still rings true to the original story. Much like the film’s use of the “stranger in the back seat” concept as an opener, this popular myth became part of our modern world. Hell, the backseat urban legend is still something I still check out for to this day.

These true-life scares resonate deeply with viewers. I believe it’s the believability of the situations, or at the very least, the familiarity with these stories. Urban Legend, much like its predecessor Scream, isn’t about an unstoppable killing machine or a man who haunts you in your dreams. The film deals with real-life people doing some sick things, this time using the backing of American folklore to scare audiences even more. Most of these myths would’ve fallen into obscurity if it wasn’t for this movie. I, for one, try to pass this movie and the stories down to the next generation. 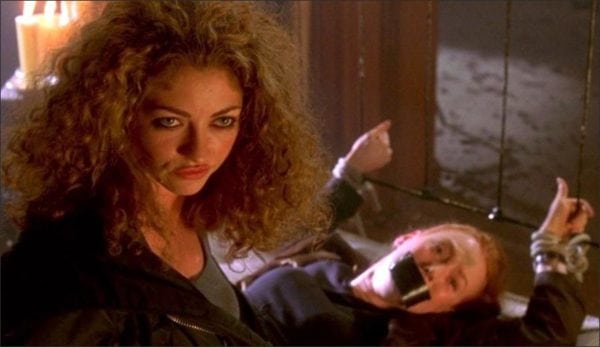 One of the film’s biggest negatives, but a guilty pleasure delight, is the 90’s feeling. The actors instantly date Urban Legend. It feels like a 1998 MTV award show with names like Alicia Witt, Rebecca Gayheart, Jared Leto, Tara Reid, and Joshua Jackson rounding out the cast. Thankfully there are some great horror names like Robert Englund, Danielle Harris, and Brad Dourif that help elevate things just ever so slightly. While these cameo-filled horror movies are commonplace now, it was insane to think that a project could hire both Chucky and Freddy as players in its film. Sure the actors weren’t tackling these roles again, but at the time, it felt fresh and new.

While a lot of the movies feels very 90’s, the scares are nearly timeless. Updating Urban Legend could work as new generations often have new legends. Nowadays, it’s a bit more paranormal with Slenderman or whatever CreepyPasta comes up with, but twistings those back into our reality is what a film like this does best. Imagine a modern slasher film tackling something like “the Mandela effect” or the great clown scares of 2016. Not only would audiences relate to the stories, but the right filmmaker could use those real-life moments to create true horror movie scenes. 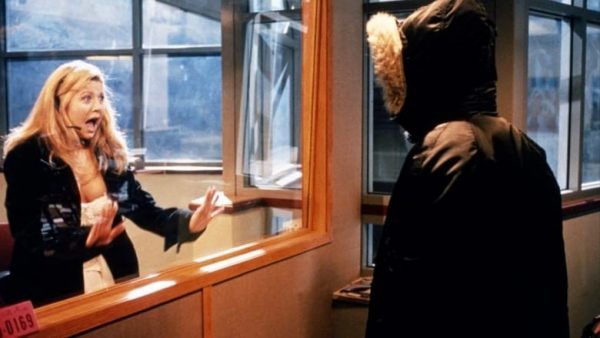 If you want to venture back to a time where the slasher formula worked, Urban Legend is the way to go. The scares are real, and it pushed the boundaries for its genre. At least use this movie as a double feature when you go see the upcoming teen-slasher Hell Fest. It’s a way to remind you that they don’t make them like this anymore!