Rebellion has announced that their hit shooter, Zombie Army Trilogy, will be arriving on the Nintendo Switch on the 31st March.  This cult Sniper Elite spin off will shred nerves on both the Nintendo eShop and through retailers.  Rebellion have released a new trailer (see below) showing some of the dead-shot action awaiting Switch players. 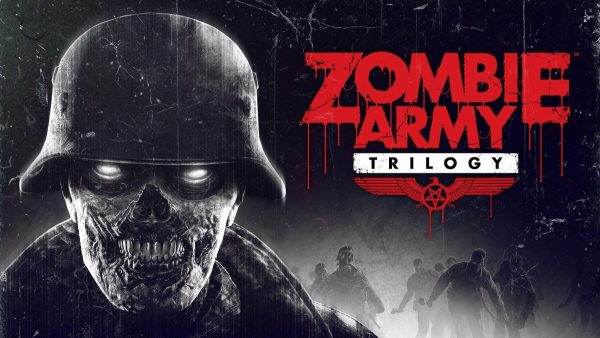 Zombie Army Trilogy takes players to an alternate Earth , one where World War 2 is coming to an end and Hitler’s mighty Third Reich is on the retreat.  The allied forces are liberating the previously conquered blissfully unaware of the last dirty (and horrifying) trick that old Adolf has up his sleeve.  The allied nations believe the end of hostilities is near, not realising that Hitler has unleashed a legion of undead super soldiers which he hopes will turn his failure into a victory over the whole of Europe.

Players will be able to go solo or join up to 3 friends in taking out Hitler’s undead hordes. As a team, destroy a range of undead enemies ranging from zombie soldiers and armoured skeletons to demons and manic chainsaw-wielding elites before finally taking on the demonic fuhrer himself.

The Nintendo Switch edition of Zombie Army Trilogy will include everything previously released on other consoles as well as new features such as 2-4 player local wireless play, motion controls, Pro Controller and HD Rumble support. The game will also take full advantage of the Switch’s new friend invite system.

Zombie Army Trilogy will arrive on the Nintendo Switch on 31st March.