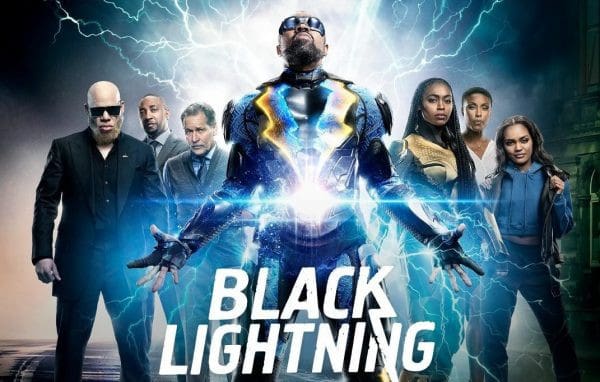 I can’t believe I am saying this, but Black Lightning’s writers managed to do something I didn’t think was possible- they finally tied together most of the loose plot threads this show has left dangling since its inception three seasons ago. If you’ve been following the series like I have, then you know what I’m talking about: Proctor’s briefcase, the rejuvenation of people, the resurgence of The 100, and even more recent beats like what happened to Brandon’s mother and Gravedigger’s origin. Not only were things laid out in a manner that reminded me of Cowboy Bebop’s structuring, but they were done so in a way that didn’t impact the pacing.

In the aftermath of the Markovian infiltration, Jefferson and co are living happily (or rather the happiest they have been in a long while). Everyone got back unscathed, Lynn is finally getting help for her addiction, and Odell has agreed to wipe every members’ records from the ASA’s databases, leaving them free from the agency’s surveillance. Things are looking bright!

Or so it would appear. The Markovians (and Gravedigger) are out for blood after this humiliating setback, and Lala, Lady Eve, and The 100 are still looking to dominate Freeland. It would’ve been easy to turn these plots into pure action schemes, but an interesting decision is made to fill the gang-war with expository dialogue as befits the storyline, while leaving the other two set-ups (Markovians and Pierces) as the source of action. This is an implementation that theoretically should not have worked- I’ve complained a bunch in the past about how these resurrections and Lala in general have detracted from the main narrative. But as I thought about it, I realized that the reason we needed to hear conversations from this B plot is because it holds all the series’ secrets. See, remember how I pointed out in the past that we’ve had plotholes unfilled since season 1? Well what better way to get those answers than to hearken back to those roots? 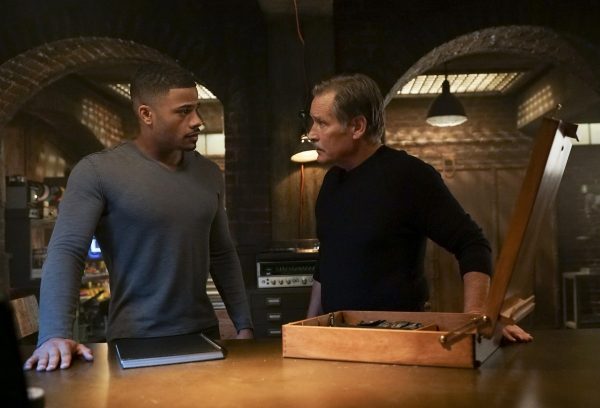 Is this good writing? Of course not- seasons should be self-contained, and leaving dangling questions that aren’t resolved till 24+ episodes down the line is ridiculous by any standard. But Black Lightning chose that approach, and thanks to its dedicated fanbase, the writers were able to stretch their credibility enough to finally put a wrapper on this whole shebang.

The answers are this: Proctor’s briefcase not only contains every metahuman gene but also reveals a black operation in the United State’s history involving metahuman experimentation since the second World War, Gravedigger being the first successful superpowered being. It’s the Jurassic Park genome factory combined with blackmail of the highest order, and explains why Tobias and the attache are so highly coveted by all governmental parties.

Not only does The 100 plot disclose this, it also reveals that Lady Eve was behind all the rejuvenation that’s been happening, a facet that makes sense considering she was seen doing weird exhumations on bodies back in season one. Now, the question of why it took so long to bring her back to life when she had clearly perfected this science remains a point of contention, but at least we now know that she is behind Lala’s constant revivals (even if we don’t know how exactly it works, whether magic or science-based).

Both of these resolutions have been long-awaited by me, and I’d be lying if I said it wasn’t thrilling to get them. They don’t feel like exposition dumps but rather solidly-crafted elements presented as though a grand curtain finale was prepared around them. For all my prior complaints about bringing back Eve and Lala, I can’t deny that they have actually served a purpose beyond being undead puppets to be manipulated by the writers. 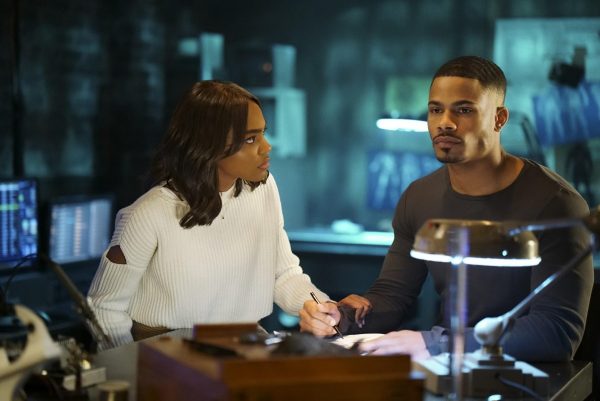 In terms of the main action, however, I wasn’t as enthusiastic. We have the Markovians launching a full-out, covert assault on Freeland, starting with the Perdi farm, and once again you have seemingly professional soldiers easily defeated by Black Lightning, Thunder, and others.

Elsewhere, we get some decently incorporated strands like Brandon confronting Dr. Jace to find out exactly what became of his parents, and Khalil struggling to fight off the Painkiller program. They add more to the drama, but don’t do much in the way of the action department, which isn’t a slight against them, but it does not help the aforementioned problem of this series not having good action at all.

From a dramatic standpoint, however, I was more than happy with what I got. I’m somewhat optimistic for the future now.