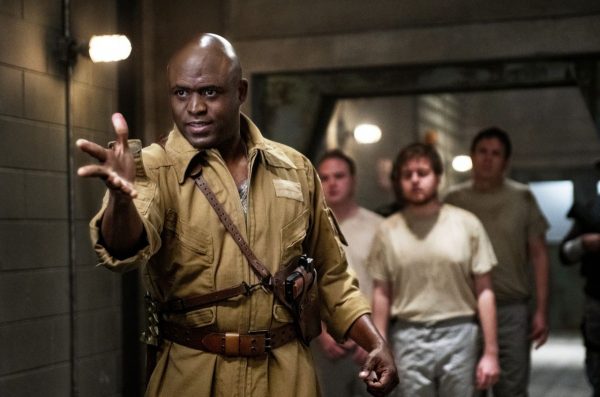 The word war is thrown around a lot in the penultimate episode of Black Lightning’s third season, yet I couldn’t help but be as disappointed by its prevalence as I was with War for the Planet of the Apes. Both act like what they’re describing is the equivalent of modern warfare, however the actual contents don’t depict anything resembling it. In War’s case, the over-focus on a POW camp took away from the overarching conflict that should have been prioritized, and in Black Lightning’s case the prelude to the fighting takes away from an actual, tension-ridden, build-up.

I know that people will counter that all of that action should be saved for the finale, but I’ve never agreed with that notion. Arrow famously did this in season 2 wherein we didn’t get any confrontation between Oliver and Deathstroke until the very end, but we need to understand that these shows rest on tropes prevalent in the superhero genre, one of those being repeated clashes between the hero and villain. As the Napoleonic idea of “the great battle” faded from history, so too has the idea of a single epic skirmish faded into oblivion from the comics-of-old. 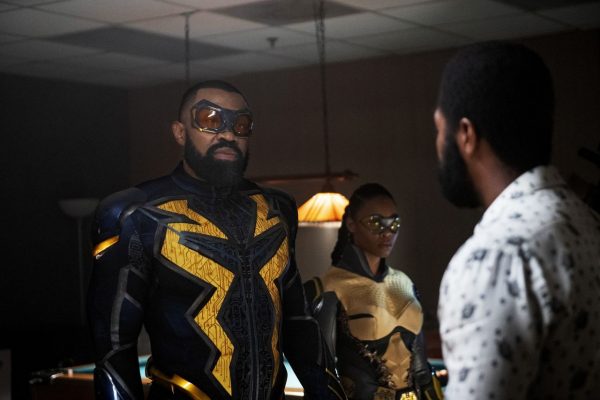 There’s also the issue that it’s just not interesting- we know that there isn’t going to be any long-term damage done to the Pierce Family: Jefferson is the star, Lynn has loose plot threads setting up the next season, and Jennifer and Anissa hit a diversity quota that gives the series a demographic appeal the writers wouldn’t dare risk losing.

Still, I am a sucker for good old-fashioned melodrama, and there were things to like in “Freedom Ain’t Free,” but the idea of there being a war in Freeland was just too unbelievable. Perhaps it’s because there is no battle of armies: Gravedigger is leading an assault force that doesn’t even feel like a wing of the Markovian military. And on the other side, you of course have Team Black Lightning, which barely qualifies as a superhero group. What war are we preparing for exactly? 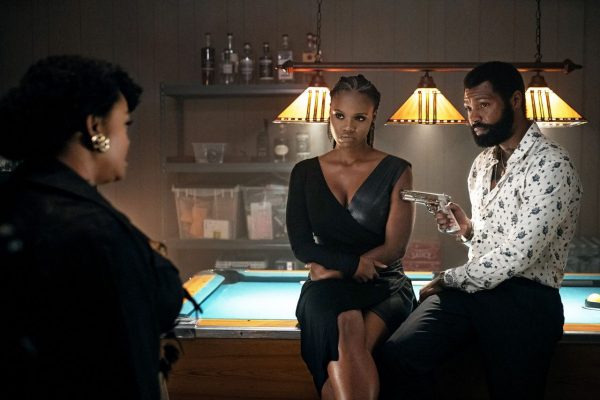 No, instead a lot of the episode’s runtime is devoted to giving the characters more of a personality- everyone has been so focused in the past on stopping the ASA that it’s made them a bit one-note, giving this venture a little spice. We get some nice flirtation scenes with TC and Erica, a spur-of-the-moment marriage between Anissa and Grace, and even a nice conversation between Odell and Lady Eve regarding future plans for the ASA and Eve’s gang (while also simultaneously disclosing Bill Duke and Jill Scott’s amazing chemistry, something that I wish was retroactively used more).

Unfortunately, we also get dumb scenes that just rehash past issues this show has had. Lynn telling Jefferson that he should consider breaking his no-kill rule (keep in mind she and the rest of the family were perfectly fine with Gambi murdering Proctor in season 1), Jennifer once again being pigheaded by going off on her own (even though every single instance she has done this has resulted in her getting her ass kicked), and Jefferson and Anissa going to Lala for help despite him being a psychopath and having a history of consistently trying to kill them. 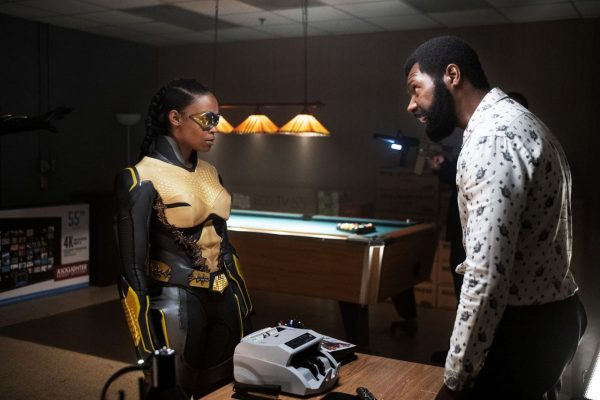 Gravedigger is also given an exposition dump wherein we find out about his motivations and goals through a video diary he films Avatar-style. The writing for this monologue actually wasn’t bad, with me particularly liking the reasoning behind his pseudonym. Sadly, Wayne Brady’s acting just wasn’t up-to-par here; he didn’t give the words the depth they needed to sound like deep introspective thoughts from a long-living supervillain.

There’s an interesting subplot involving the Painkiller program resurging through Khalil despite his best efforts to nullify it, something I’m kind of happy about as it shows something as intricate as brainwashing can’t be fought off RoboCop-style. Unfortunately, there’s also another subplot depicting Brandon kidnapping Doctor Jace so he can get more definitive answers on what happened to his parents. I say unfortunate because of two factors: one, there’s not much this storyline can go since I doubt Brandon’s parents will serve any significant purpose in the next episode, and two, Brandon’s actor, Jahking Guillory, is seriously terrible. He worked well in past episodes when he was a side character who subtly flirted with Jen, but when tasked to do these more emotional, angrier scenes he drops the ball hard, throwing on a stupid frown and obtuse jawline in a vain attempt to channel an intimidating persona. I’ve seriously been cringing whenever he tries to pull off this performance. 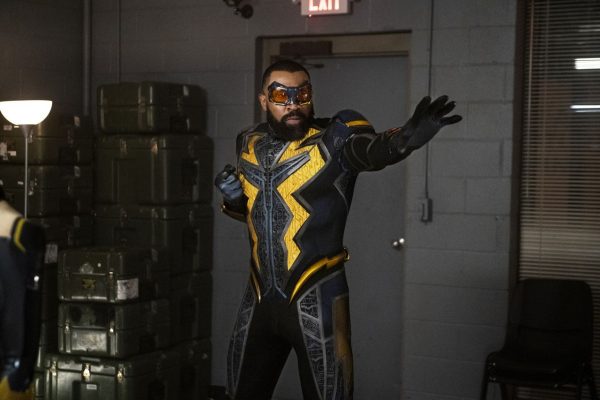 Countering this are some interesting developments concerning Khalil’s internal conflict with Painkiller, as well as the very ending, wherein we see Jefferson face-off against Gravedigger. There’s not an actual confrontation, with the episode cutting prematurely as the two charge at each other Con Air-style, but this was one of those beats I couldn’t help but be thrilled by. Jefferson’s rage combined with Gravedigger’s sardonic taunts is nothing short of a throwback to old-school rivalries, and it got me pumped for what will hopefully be a good fight in the finale.