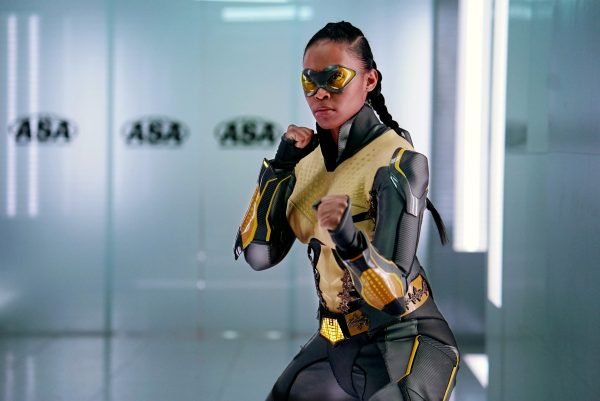 I hate to say I told you so but, as has tended to be the case with Black Lightning in general, I told you so. In the prior “Freedom Ain’t Free,” though I was excited, I mentally theorized that all this build-up would be for naught, either because of budgetary constraints or poor planning, and it turned out to be a combination of the two! What was supposed to be a big war between an entire foreign nation and the people of Freeland turned out to be a scuffle that would barely qualify as guerrilla warfare.

Oh sure, we’re told from news accounts and other personnel that the Markovians, under Gravedigger, are conducting a “shock and awe” campaign against the city, and that they are consequently doing great damage, but without even a fragile atmosphere it feels like silly. Orson Welles, with just a radio, was able to create believable-sounding alien invasion: that the production team at Black Lightning, with much greater resources, couldn’t conceive any sense of fear or tension is disappointing. 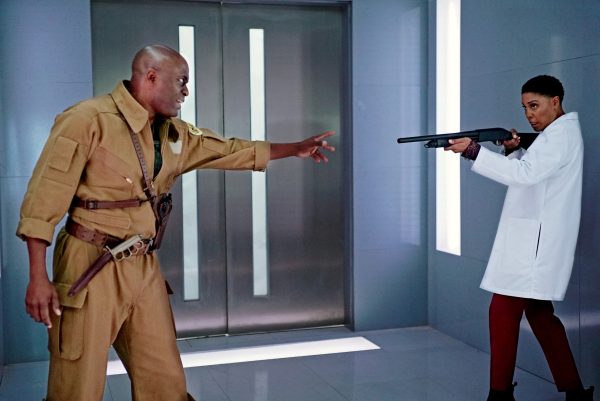 Maybe all of this would’ve been understandable or at least ignorable were we provided with a good clash between Gravedigger and the heroes, but that isn’t the case either. As viewers will recall, the last episode ended with Jefferson and Sykes charging at each other, and the continuation of that cliffhanger isn’t even half as exciting. We get two people with ranged superpowers mostly engaging in hand-to-hand combat. Now I get it- having two stuntmen choreograph a physical fight scene is much less costly than a VFX extravaganza of powers, but this doesn’t work as an excuse because they chose this hero and they chose this villain- they have written themselves into this situation. Smallville, all those years ago, was able to do a better job depicting super-powered brawls; there is absolutely no excuse why Black Lightning can’t do the same. If the writers and producers didn’t want to deal with this dilemma, then they shouldn’t have made the odd decision to give Gravedigger even more powers.

And in all seriousness, he didn’t even need them. Sykes has the ability to force his will onto others, something that was utilized quite well when he was first introduced. Here, however, he is wasting time trying to beat Jefferson when he could simply telepathically convince him to run into a lake or aide him in the conquering of Freeland. But no, Jennifer is instead kidnapped and Jefferson is allowed to fly off with no resistance. 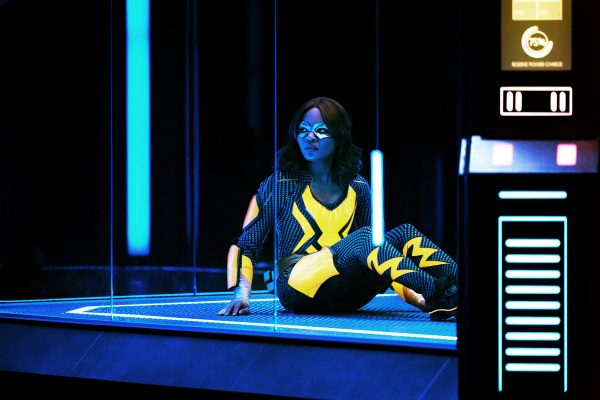 Gravedigger, as a whole, is taken down several notches and turned into a sad sap. He’s gone from being this strong-minded, military man who had an aura of intimidation to a whiny sod who mewls whenever someone isn’t convinced of his ideology. Maybe this would feel like a natural part of his characterization had he not been long-lived, but for a person who is depicted as having been on this planet for over 100 years, he’s degraded to being childish. His personal conversations with Jennifer, in particular, were painful to watch.

The other antagonists aren’t treated any better. Major Grey, who was actually growing on me, is killed off anticlimactically. Her second-in-charge, Commander Williams, who honestly began this season as one of the most potentially-interesting characters, is given a death so lame it made Lala’s past 20 seem Shakespearean.

There are a couple of other murders thrown in that were clearly designed to add shock value to the finale, and they are admittedly a bit daring on the part of the writers. But, knowing how everyone has the option to come back courtesy of the ASA or Lazarus program, I have no doubt in my mind that they will return in some capacity, as we have seen with Khalil, Lawanda, Lala, Reverend Holt, Lady Eve, and so forth… 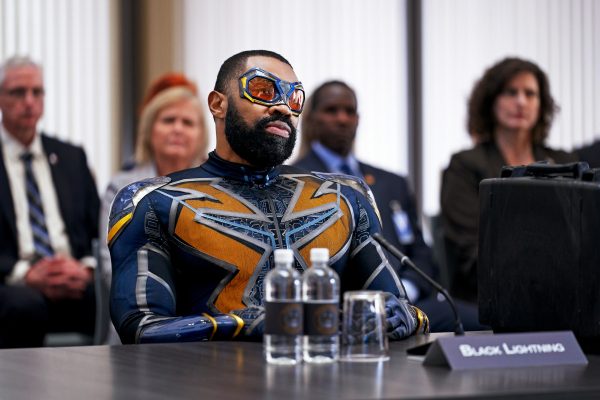 Considering how awful this season began I’m surprised that the endgame wasn’t a complete train wreck. If there’s one thing I can actually praise, it’s that this is the first time Black Lightning has delivered a finale that somewhat feels like a finale. Sure, you have your atypical loose ends that still need to be tied up (the biggest of these being Tobias’s plans for Freeland now that he’s lost his beloved briefcase), but a lot of the overarching thematic parts were satisfactorily resolved: the ASA getting abolished, metahumans finally being free from targeting, and the federal government enacting reparations of sorts.

As it stands, though, Black Lightning delivered yet another bad season finale. The antagonists were made lame, Gambi was kept a murderer, and even things I was hoping would play-out longer like the Khalil/Painkiller conflict were rendered moot.

Still, I’d be lying if I said Tobias planning a grand return for the next season didn’t somewhat excite me.