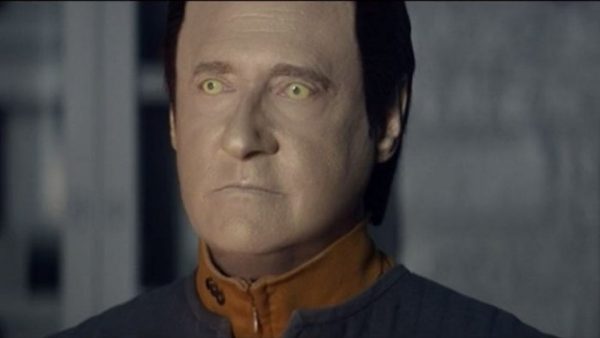 Some 18 years after the character’s demise in Star Trek: Nemesis, Brent Spiner reprised the role of Data in CBS All Access’ Star Trek: Picard, allowing fans to bid a proper farewell to the beloved android. And, according to actor Brent Spiner, this is indeed the last time we’ll see him as Data, as he has ruled out any further appearances in future Star Trek projects.

“I mean, there was just a finite amount of time that I can actually play Data, no matter what anyone says,” Spiner told TV Guide. “So many people were like, ‘Oh, you can do it. You’re not too old,’ and then I do it and they go, ‘You’re too old. Why’d you do it?’ I think we did it in such brief sequences that it was fine to do it, and I felt good about it. But I wouldn’t really entertain the idea of doing it again because I just don’t think it would be realistic. So it seemed right to me to give him this more gentle sendoff, and it seemed right to me in the context of the entire season of Picard and what Picard himself had been experiencing because of the loss of Data. I think it allows him to feel okay about it too. So it seemed like the right thing to do.”

Spiner also went on to reveal that he was partly persuaded to reprise the role due to the negative fan reception to Data’s sacrifice in Nemesis, the actor stating: “When he blew up in Nemesis, I never expected to get the backlash from so many fans over that. I thought, ‘Well, that’s a great, big emotional ending, and he’s sacrificing himself for his friends’ and that was just. But it didn’t seem to sit that well with too many people.”

What did you make of Data’s final appearance in the Picard season one finale? Are you said that we’ve seen the last of the character? Let us know in the comments below or on our social channels @FlickeringMyth…