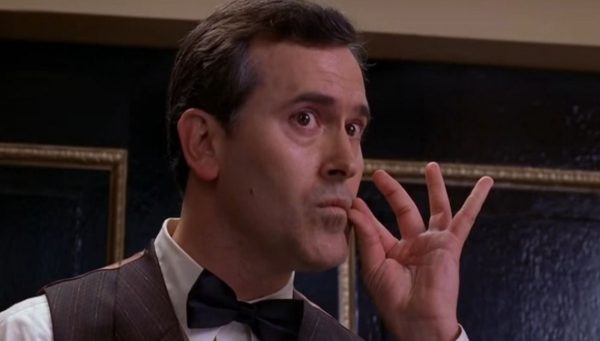 Never too far from a cameo in a Sam Raimi film, Bruce Campbell has made his intentions known that he wants in on Marvel’s Doctor Strange sequel.

Only a few hours after news broke that Raimi is officially working on Doctor Strange in the Multiverse of Madness, the Evil Dead star took to Twitter to talk about wanting a role opposite Benedict Cumberbatch’s Dr. Stephen Strange.

Huh. Surely, there must be SOME character to challenge the good Doctor… https://t.co/1ZTpfoE3te

Sam Raimi’s long-time collaborator Campbell got his start in Hollywood with Raimi’s 1981 hit, Evil Dead, and continued to work with the director through that franchise. Then Campbell found himself making cameos as three different characters in Raimi’s Spider-Man trilogy, and was heavily rumoured to have been lined up to play Mysterio in Spider-Man 4 although he revealed to us last year that this was never actually the case.