To the outside world, a cult ruled over by a messiah-like figure is obviously not normal. But what if you were born into one and didn’t know any different? This is the premise of IFC Films’ new title The Other Lamb, directed by Malgorzata Szumowska. The horror/thriller follows teenage Selah (Raffey Cassidy) as her insular world is rocked by a series of nightmarish visions and disturbing revelations. She then begins to question everything about her existence – including her allegiance to the increasingly dangerous leader (Michiel Huisman). With critics and viewers buzzing about this striking tale, we decided to speak with one of the film’s creatives, Rafaël Leloup, about the film’s haunting score. Below he talks about the process creating the film’s original score. The Other Lamb is now available on iTunes, Amazon Prime, On Demand and Google Play. 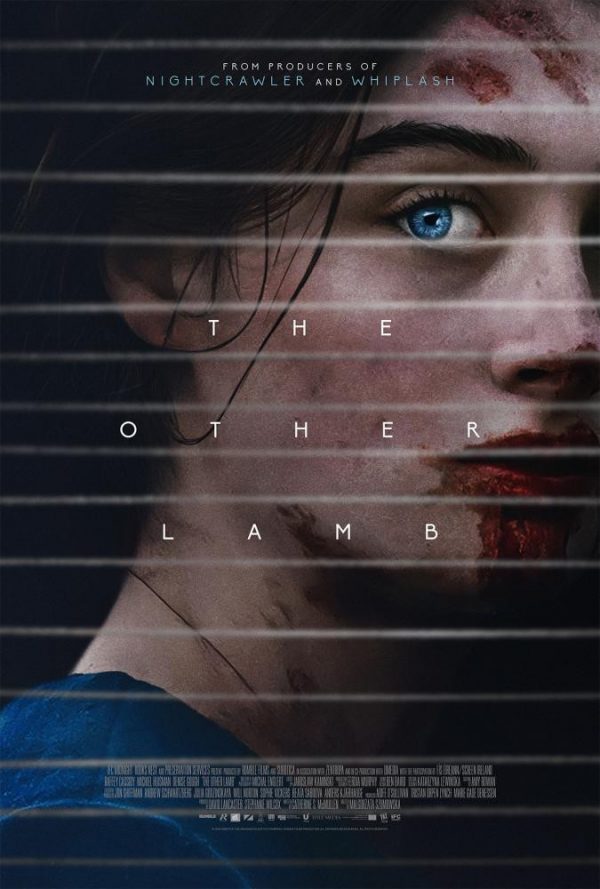 How did you first become involved with The Other Lamb? What was the initial appeal of the project?

It was one of those cool emails that you love to receive as a composer that came from the production company, Umedia. They said they had seen my website and thought my work would be a great fit for their latest project. I looked up the work of the director, Malgorzata Szumowska and seeing her films combined with hearing her intentions on the project, I was really excited. She asked for a minimalistic score, that would be modern and dark with a lot of ambiance, leaning into strange, disturbing sounds to create a creepy mood. She wanted the musical atmosphere to speak to the internal world of Selah, the main character, while working with delicate and subtle melodies. That sounded to me like the perfect project for my expertise, especially as I love to work in the space between score and sound design, creating textures from which musical elements emerge organically.

At what point were you brought on to begin scoring? Early on in the production process or after it was already filmed?

I was brought on very early, a few months before the film was shot. Malgorzata wanted a lot of music prior to the filming to get into the mood on set. At first, I wrote music in many different directions to give her a wide selection to choose from. She selected the sequences and themes she liked the most and we started working on these. By the time the crew started filming in Ireland, there was about 50 minutes of score already. This was my first time working with Malgorzata and, knowing her work and great reputation, I was nervous and keen to please her, especially since I hadn’t met her in person yet, only by phone and video conference. It was a big relief when producer Stephanie Wilcox from Rumble Films told me that Malgorzata was encouraged by my score on set.

How would you describe your score for The Other Lamb?

I worked a lot on creating a haunting tone to fit the film. Malgorzata, from the beginning, wanted to use computer-generated sounds in addition to a few string instruments, so I started with this palette in mind. I made a few electronic sounds and variations for the haunting parts, but that was not enough to cover the entirety of the film as the filmmakers wanted a gradual progression of “horror”, where the beginning contrasted with the end. Therefore, we went for beautiful and innocent, yet, loaded melodies with a string quartet for the intro, then reused parts of those themes in later cues, in more and more disturbing ways. Because the strings were recorded together as well as separately, I was able to spend a lot of time in post-production playing around with elements of the acoustic score alongside the electronic one. 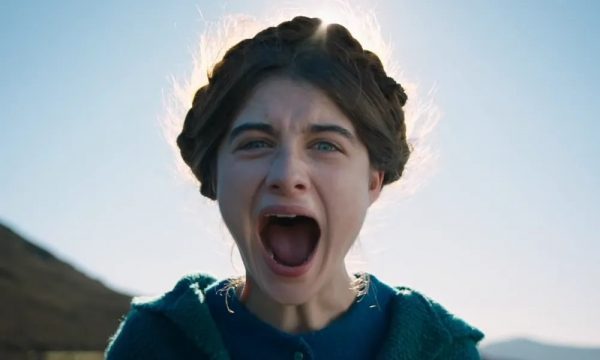 What did you do to prepare for this film?

I like to spend time in my studio recording and experimenting with my collection of sounds and manipulating them with my own custom-made effects. Out of hours of experimentation, I come out with a few seconds of really awesome sounds and put them aside until I could decide where in the film they would be most effective. I prepared by reading Catherine S. McMullen’s script, studying Malgorzata’s musical intentions and watching Rumble Films’ film references, which included The Witch and The Babadook. I selected my prepared electronic instruments, sounds, and effects through which I could filter the music played by the violins, violas and cellos. Then I separated the sounds into levels of intensity, and used the more flexible ones to follow the entirety of the score and create a cohesive feeling.

The Other Lamb is one of your first horror/drama features to score. How different was it to score this type of film then other ones in the past?

Even though The Other Lamb is considered a horror movie, it holds a lot of emotional intensity that goes beyond horror. The tension that exists between the young protagonist Selah and the Shepherd, the cult leader, is multi-layered, both because of the sentimental/sexual tension that exists, and because we are seeing the narrative unfold through Selah’s eyes. I felt very connected to the story and confident. Since I had previously scored a couple of projects (Laura Davis and Jessica Kaye’s Inheritance, Jessica Kaye’s Skater) that contained a lot of similar emotions, I really felt in my comfort zone.

On IMDB it says Pawel Mykietyn is the other composer on the film. Can you talk about how you all divided up the work? Or what that process was like?

Malgorzata and I worked on the electronic and string quartet score for a while before the film was shot. When it was time to edit the film, she and Jaroslaw Kaminski, the editor, used the music that I made and placed it in the film. During that period of time, she attended a concert of Pawel in Poland and fell in love with one of his orchestral pieces, and saw how she might use an excerpt from his work for the opening credits and for a few other moments in the film. Fortunately, he gave his permission to license his work. It’s a gorgeous piece and adding these orchestral flourishes into the film brought a really nice dimension to the soundtrack. I worked carefully to integrate those passages to make sure we would keep the overall cohesive feeling and narrative the film needed. 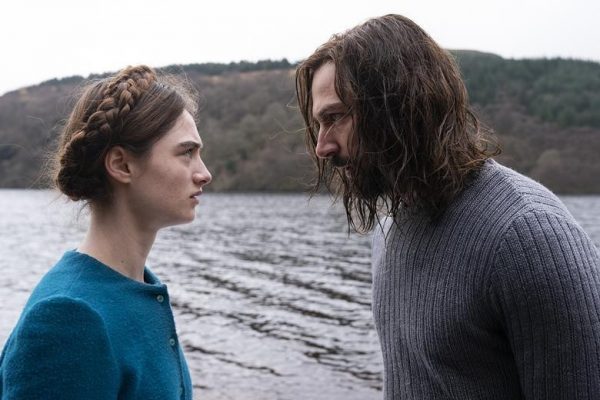 Did the director of the film, Malgorzata Szumowska, have specific notes of how she wanted the film to sound or were you given the freedom to experiment more?

One of the great things about working with her is that she had a very clear vision of what the film should be. She was very quick at finding the ideas she loved and wanted to keep from the batch of tracks I sent. That clarity of vision was really powerful and made the initial process both smooth and fast. As I mentioned earlier, when I received the musical intention early on, I spent time experimenting and creating tracks from which she would pick sounds and melodies, and from those selections, I would bounce back with more options and variations. By the time the movie was filmed, we had a big chunk of the score almost ready.

You have a strong background in classical composition from the Conservatoire Royal de Bruxelles in Belgium. Did this score allow you to use any of your expertise?

I studied music composition in Brussels, then electronic music in Italy and finally film scoring in New York. Because it uses both acoustic and electronic instruments, this score gave me the perfect opportunity to use all of the skills I have developed over the years. I was also fortunate to get to work on the score with a team of people in Belgium I know through friends at the Conservatoire, including the music supervisor Arnaud Blanpain (General Score) and the string quartet members Paulina Sokolowska, Kaja Nowak, Jasmien Van Hautem and Kacper Nowak. All of them are top-notch musicians and were able to pull off the most challenging sequences in the score absolutely seamlessly.

I seem to be very comfortable working on projects that have multi-layered tensions. I like to be able to use the music as a narrative element in and of itself. Also, I especially love using the computer to enhance acoustic sounds and treat them organically in ways that nature wouldn’t be able to do on its own. When I lived in New York, I worked a lot in pop/rock and hip hop, and always enjoyed combining the high level of production these genres require with the complexity of classical music. Malgorzata was brilliant to work with and I’d love to work with directors with a similar clarity of vision. I’m just starting a new European feature film that has a lot of potential to allow me to build on the horror genre. I look forward to being able to share it.

Many thanks to Rafaël Leloup for taking the time for this interview.