The relationship between a pair of necrophiles hits the rocks when the female prefers sexual relations with a rotting corpse than that of her living partner. 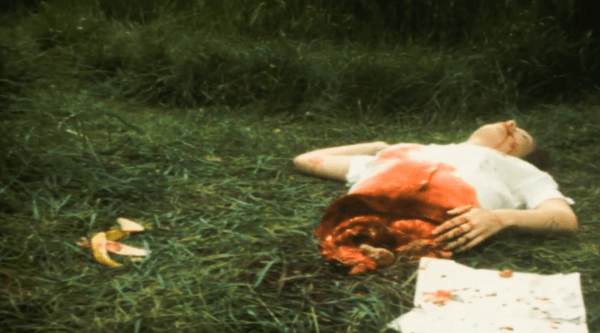 If you were to make a list of all of the films unlikely to ever get a UK home entertainment release – and I’m pretty sure such a list does exist – then cult German shocker Nekromantik is one of the titles likely to feature quite high up. The fact that this notorious film was not only granted a certificate but was released uncut in 2014 in quite a lavish treatment from UK-based cult movie specialists Arrow Video means that times have certainly moved on (in some ways) and subjects that were once considered taboo have managed to become more accessible, thanks in part to a regime change in certain governing bodies but also down to what passes for mainstream television entertainment in the 21st century – an episode of Embarrassing Bodies contains as much unpleasantness as any video nasty and it’s all real, so why not relax the rules on what are obviously special effects and just let the public at large see the damn thing?

Robert (Bernd Daktari Lorenz) works as part of a crew that cleans up the mess after road accidents. It may not sound like a great job but it does allow Robert and his girlfriend Betty (Beatrice Manowski) to indulge in their unhealthy habit of using dead body parts in their sex life. However, after Robert brings home a whole cadaver and subsequently loses his job, Betty loses interest in him and takes off with her new partner to indulge in whatever debauched antics she feels like, leaving Robert alone with his mind spiralling dangerously out of control. 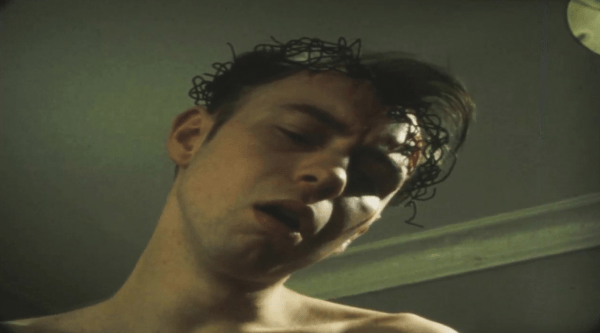 You can call it a love story if you like but ostensibly Nekromantik is a film designed solely to shock, and it does just that. It’s only 71 minutes long and rather than being a wall-to-wall barrage of body parts and bodily fluids it sets a mood that builds to a gross – and it is gross, but not with the savage brutality of some of the cannibal gut-crunchers of the video nasty era – climax (an apt choice of word) that goes exactly where you think it should go considering the subject matter but wouldn’t think a filmmaker would have the stones to follow. So the story goes, director Jörg Buttgereit was apparently fed up of movie censorship and made Nekromantik just to send the censors into a panic, and it worked because Nekromantik was banned pretty much everywhere (and still is in a lot of places) and at one time could land you in very hot water with the authorities for owning or screening it.

But is it any good? Because, as we all know, when a film comes to the public’s attention with a built-in reputation for being a transgressive masterpiece then more often than not it turns out to be complete twaddle. Well, in its favour Nekromantik does deliver on its promises and lives up to its reputation with a final scene that goes against anything you were ever taught in sex education, but getting to that point isn’t quite the joyride you would hope. There are grisly murders, some animal cruelty and weird, surreal sex scenes to help you on your way but these just feel like mere tasters for the final meal that were put in just to give you something grim to look at before you press the skip button to get to the end. Don’t get me wrong – Nekromantik is beautifully put together and, despite being one of the grungiest films you’re ever likely to see (if you watch the 35mm print), it does have a unique style and quality to it that a few more so-called ‘nasties’ could have done with employing. But if you’re just curious to see what all of the fuss is about then it’s likely that the first hour of the film won’t hold a lot of interest other than the odd shot of a decomposing body being used as a sex toy. 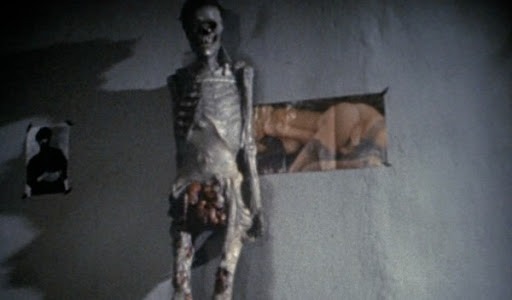 If, however, you live and breathe for the sensual excesses that cinema can offer and can appreciate the none-more-black humour and foreboding sense of melancholy that the film offers then Nekromantik certainly isn’t twaddle and should definitely be a part of your collection. It will slot nicely onto your shelf alongside equally glorious HD special editions of Salo, I Spit on Your Grave and Cannibal Holocaust to create the sort of collection that the teenager I was when this was originally released could only ever have dreamed of owning.