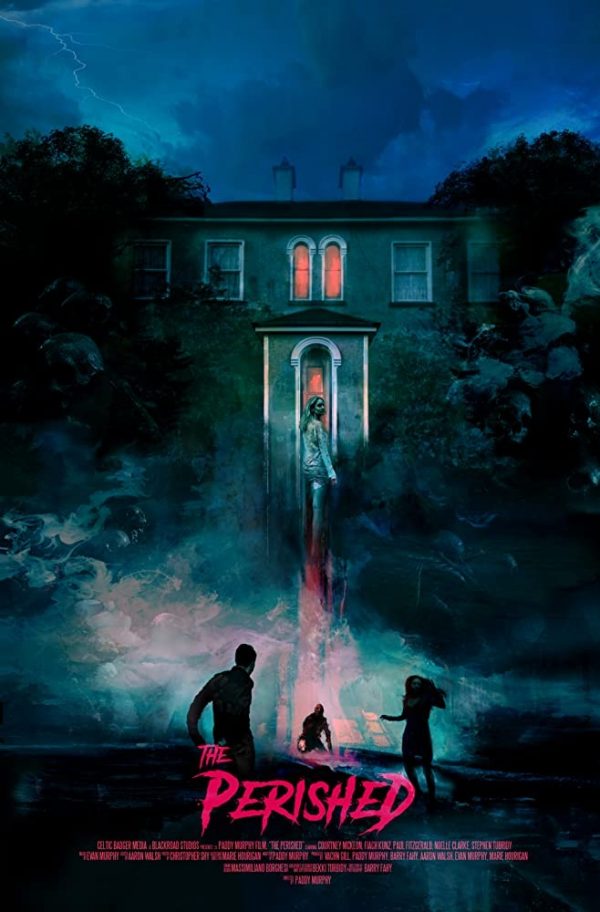 Sarah Dekker is dealing with the trauma of an abortion. Shunned by her mother and dumped by her boyfriend, she recovers at an old parochial house. Unbeknownst to her the house is the site of a mass baby grave – they need a mother. 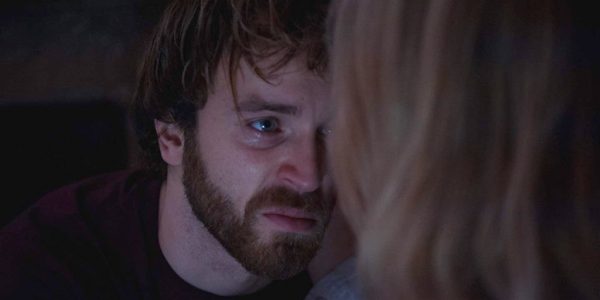 In 2018, Aislinn Clarke issued a rapturous condemnation of Irish “Magdalene Laundries” with her thriller The Devil’s Doorway. Viewers enter, by virtue of evidence tape playback, a 1960’s compound where “fallen women” were mistreated and isolated by the Catholic church. Paddy Murphy’s The Perished revisits these “wayward homes” found to be massacring “unwanted” children, furthermore folding in modern abortion arguments in hopes of…well, I’m not quite positive. The Devil’s Doorway retells morbid histories and frames these “Laundries” as a gateway to living hellscapes. The Perished? Imagine the opposite of that, oftentimes subtextually lost in what could be mistaken for a pro-life manifesto.

Sarah Dekker (Courtney McKeon) glances at a positive pee-test despite using protection during intercourse with boyfriend Shane (Fiach Kunz). Her mother commences non-biased shunning (father plays along), Shane thinks they need a break (he doesn’t know the news), but best friend Davet (Paul Fitzgerald) comes to the rescue. They retreat to Davet’s family estate, blind to its sordid local legacy. Apparently it used to be a “Mother & Baby Home” where human bones were unearthed beneath the property’s architecture. That might explain Sarah’s hallucinations, as her choice to terminate an unborn fetus awakens buried consequences.

Murphy’s tone is dreadfully stern throughout The Perished, taking a hard stance against adolescent murder. Sarah first faces the shame of pregnancy out of wedlock (berated by mama), then endures loneliness after her abortion procedure, and that’s all before she reaches Davet’s “home away from home” locale. These are heavy, provocative themes utterly failed by The Perished as Sarah sobs through dramatizations that lack any impassioned staying power. Familial betrayal, introspective guilt, and demonic comeuppance are played one-dimensionally flat. A sensation of deflation persists even during the film’s most “climatic” moments, torpedoing somber moods while negating forward momentum. 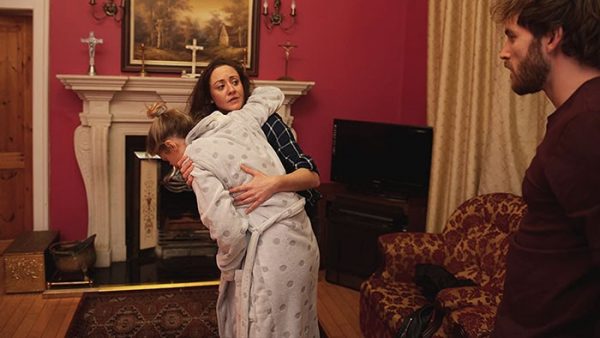 Countless scenes display ignorance towards the film’s prevailing message, if there is any message beyond “blasphemous” regret versus a woman’s choice. The way characters like Shane scream about how “his” baby wasn’t given an option, or Sarah’s wishes being reviled, becomes offputting as combating voices weaken and soften. Murphy’s script isn’t honed enough to partake in such a substantive conversation given how it back peddles into undercooked horror reveals. For too long The Perished is a soapy-tiresome dialogue slog that barely honors the tragic injustice of Magdalene Laundries outside an introductory information card slideshow, up until Murphy’s freakshow creature speeds us through Act III (oof, that ending).

To sell “dramatic horror,” filmmakers must balance decelerated emotional development with relentless and upending haunts. The Perished far favors character chatter over outright scares, made even worse when the film’s “antagonist” – this skinless monster representing the discarded children slain on-premises – attempts to distract from narrative inefficiencies. A pint-sized actor wearing some cobbled-together Halloween costume just doesn’t fit finale payoff requirements. Connections are made between youngins who were robbed of life now using Sarah, who chose to abandon her motherly duties, for glorious rebirth – but they’re lax and abrupt. Never achieving levels of terror emphatic enough to excuse earlier (and tedious) lulls.

The Perished is a disordered take on “woman gets an abortion, woman flees to manor atop a cursed Magdalene Laundry, woman is stalked by the enraged manifestation of wee tiny souls.” Exchanges between characters, angry or supportive, are clunky at best with unfortunate frequency. Nightmare interludes are anything but scream-worthy, as genre elements almost seem like an afterthought. Tonal investment strives to resemble the stone-heavy delivery you’d expect from dramas of importance, but executed material never rises above lifeless standards. One woman’s decision opens a world of pain for those around her and that’s enough to spark varying, necessary dialogues – but Paddy Murphy’s implications are garbled, and even lost, throughout this low-energy ode to confused moral damnation.