Vince Gilligan, the co-creator of Better Call Saul, says shooting the episode ‘Bagman’ was the biggest challenge of his career. The latest episode of Better Call Saul season five was a huge one and the most ambitious episode of the show to date. Perhaps its most Breaking Bad-like episode so far, we see Jimmy being rescued by Mike from certain death during a shootout in the desert and then an epic trek home to society with both their lives on the line.

Co-creator and Breaking Bad showrunner Vince Gilligan directed the episode and admitted to Variety what a challenge it was. Speaking about the sun-soaked shootout in particular, he said:

“It was something I was very much looking forward to, although I was nervous about pulling it off. So much happens. I think it was probably the most complicated single scene I’ve ever directed, and that’s counting the movie [‘El Camino’] and everything I’ve ever done. Going back to the ‘X-Files.’ It’s enormous.”

Elaborating on the challenges of shooting what he admitted was his ‘Lawrence of Arabia‘ moment, Gilligan said: “A typical schedule is a nine-day schedule, but we knew right from the get-go that this would be more than nine days. I think our original thought was maybe it would be 11 days. Ultimately it was one episode for the price of two. I think we wound up going somewhere around 17 or 18 days. I was a Megillah, it was something else.” 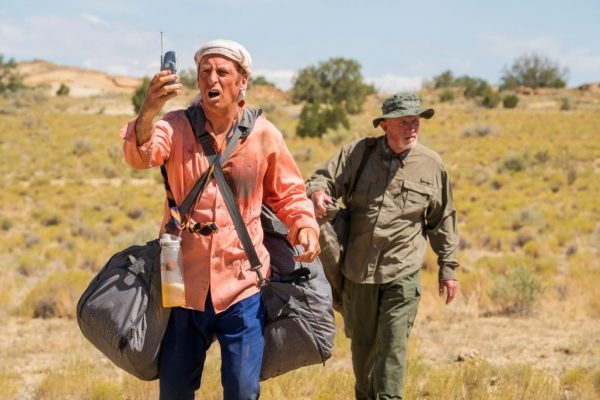