Indie developer Team Reptile have released their latest title Megabyte Punch on the Nintendo Switch.  This electro beat ‘em up combines elements of Smash Bros. and Megaman to create a world where players take their custom built fighter through different environments packed with enemies and bosses. 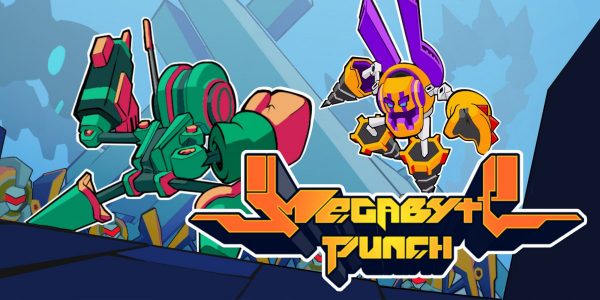 Megabyte Punch takes players to a computer world where they must protect the Heartcore of their village against numerous enemies from the Valk Empire and the dreaded Khoteps.  Players will need to fight their way through six levels, each with 3 stages and ending in an epic boss fight.

Players are able to completely customise their character from more than 150 different parts and a near endless number of combinations.  Each customisable part of the fighter will have their own powers and bonuses such as gun arms for a shoot ability or powerful hips for a pelvic thrust attack.

Features of Megabyte Punch include:

Megabyte Punch is an electro beat ‘em up game with platforming elements in which you build your own fighter while playing!

Megabyte Punch is available now from the Nintendo eShop.