Jon Cowley is Head of Studio and senior VFX supervisor at FuseFX. He recently took time out to talk to Martin Carr about TNT’s adaptation of Snowpiercer… 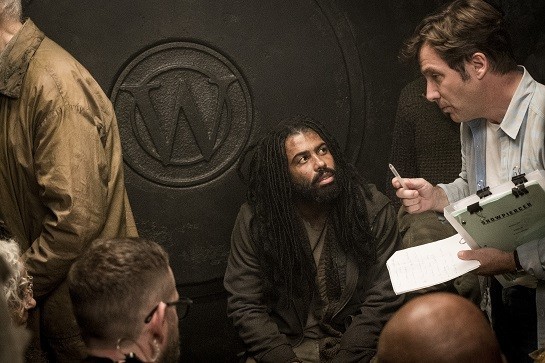 How did you first get involved with Snowpiercer?

I’m very fortunate that a lot of VFX work is about relationships, so the client side VFX supervisor Geoff Scott and the client side VFX producer Darren Bell are personal friends of mine. I worked with Geoff twenty five years ago on Tron Legacy at the beginning of our careers, while Darren Bell and I have worked on shows together where he was my producer. We worked on The Great Gatsby and Sin City 2 together, so we continue to be friends helping friends make pretty pictures.

What interested me most about Snowpiercer was definitely the legacy to the story. It was a well-received graphic novel, and a well-received feature film. Now we are optimistic that it is going to be a well-received television property. It is always great to be attached to and part of a project that people are excited about. We have all worked on those shows which have come and gone and no one has ever heard of again; this isn’t one of those and is probably one of the most exciting parts – to be part of something which has such a huge fan base. The second part of that is we are given the opportunity to build a world. This is almost like one of those film booths type of projects where there is the inside of the train and an outside world. We spend a lot of time inside the “phone booth,” for want of a better term, but we get a chance to build and design the world at the same time too. This was all shot on a blue screen stage. There is no train, there is no frozen environment; none of that exists and we had a blank canvas to get started with.

To what extent did the expectations of the studio and other people coincide or conflict with your creative approach to the show?

I don’t know if there was a conflict by any means. Sometimes we are just hired to do a job and told exactly what to do. We are told to do a, b and c, so we do a, b, and c and everyone is happy. What is more exciting for us is thinking about a, thinking about b, and thinking about c in terms of what that will look like. So, we like to lead with creativity which means while we are figuring out the dollars and cents, there is a whole other team leading the charge on just doing concept art. We spend time taking a look at reference, taking a look at material that’s out there, while we get a lot of guidance from our clients, including the showrunner and the client side VFX supervisor, who give us some of the rules of this universe. However, we have free rein at the beginning to figure what that universe will look like. So we would put concept images in front of them, we would depict snowy environments and help set the look for that. That information would run up the chain to the showrunners and we would get their feedback, which would come back down. So I don’t think there is any conflict – it was all collaborative. Sometimes ideas are lost because they fail to tell the story, and others support the story and become part of a final image. 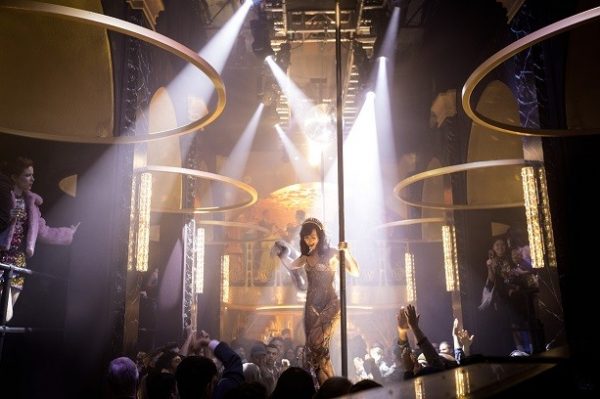 How did the graphic novels influence the VFX process?

I don’t think the graphic novels influenced the VFX massively, because it is a very different medium. The core part of the story is still the same – it is still a train traveling through an isolated environment, so this world and the overarching story have not changed. A big difference is, the sense that the train is another character in the project is something which carries through. I think it’s important to distinguish that in the sense that the train is not a prop. A lot of the guidance we got on that show was to clearly tell that story, just as a cinematographer would light and frame their lead actor a particular way we are doing the same here. At times we are lighting the train to make it feel imposing, at other times we light it to make it feel diminutive in these massive environments where it represents the last vestiges of humanity. That part of the graphic novel still carries straight through to the episodic series.

To what extent do you think VFX actually tells the story rather than enhancing it as a whole?

That feeds back to the last point, in that this is a unique opportunity for VFX to tell the story. If we do our job in VFX well, technically you shouldn’t be able to tell we were there, plus it shouldn’t take you out of the story. For example, a set extension, or transforming modern day Chicago back to the 1930’s, would be VFX enhancing the story and filling out that world. The other end of VFX is where they are not necessarily responsible for telling the story, but it couldn’t get told without them. The train on set at the head of Snowpiercer is just a front window. All the interiors exist as physical props and sets, but really there is just one window and that’s it. We built the rest of the train, all the environments, and the snow coming off, so this is certainly that other extreme which is great to be part of.

Can you talk me through the process behind Snowpiercer’s partially animated prologue?

We weren’t responsible for the opening sequence. I can’t speak to exactly why that was there but I would suspect it is a touchstone for fans of the graphic novel, then we transition into the real world. I think that stark, black and white world really tells the story and sets up a way into this series. There were three companies which worked on the show, and the animated sequence was done by Sequence Post which is owned by Ian Kirby. Then there’s us, FuseFX, joined by Method Studios, and we all worked on the show. 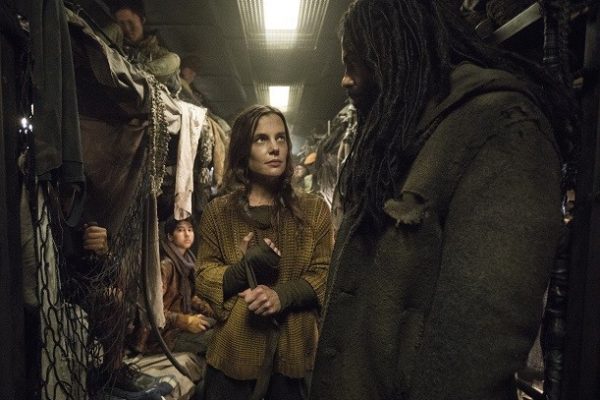 Many film and television shows incorporate story elements into their opening titles. Why was that important for Snowpiercer?

I’m going to try and channel the showrunners here, and I may be incorrect on this one, but I suspect it is an homage to the graphic novel. That they are alluding to the fact that this is a graphic novel property, which is a really nice way to come into the series. I think from a mood point of view it sets a really interesting tone, even though it could be achieved with live action or VFX-enhanced live action, this sets up their world and the series in a very unique way.

I think all of our ideas went into the same pot in the early days. It’s an interesting dynamic during pre-production, production, and post-production, especially in a world where some of that exterior world does not exist. What’s happening a lot more is we are leaning more on previsualisation, so people can see what that world is going to be. They see the animatics that give people a sense of scope and scale. If you’re an actor looking at blue screen or green screen, you ask yourself, what are you looking at, so you can emotionally respond? On our end, if you are trying to light or sculpt that scene, knowing what it should look like out there is really important. With this in mind, a lot more work is being done with pre-vis, knowing there is some climatic event or something going on outside the window. So to wrap up an answer to the question, there is a lot of concept brainstorming that happens in the early days, which all gets thrown onto the heap. Ultimately, it is the art director’s job to establish the look, but we inherit some of that, and run with some of that, and things change a little as we get into post production – especially on a show like this where everything is a blue screen and some of it isn’t fleshed out until we create that world.

Have you got any projects you are working on, in isolation obviously, that you can discuss?

Snowpiercer season two is in production as we speak! We are also working on Brave New World and the new Penny Dreadful reboot that just started airing. We recently wrapped on The Magicians, which is a long standing series, and Amazon’s original series Upload, which is getting some wonderful press right now! This is all out of our Vancouver office alone.

My perfect Sunday afternoon in our lockdown environment would be spent with my kids in the backyard, watching our chives, carrots, and cucumbers slowly peek through in our garden.

All there is left to do is say thank you for taking the time to talk to Flickering Myth about Snowpiercer and stay safe.