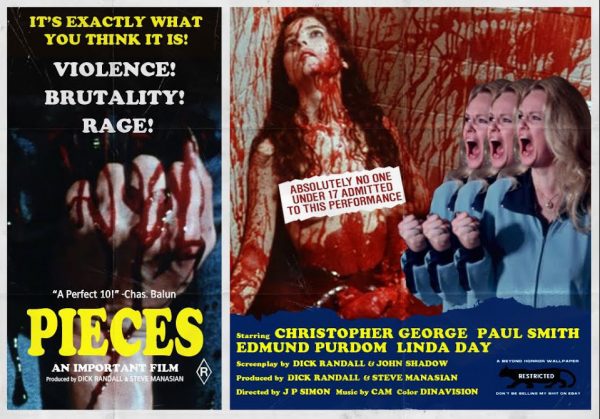 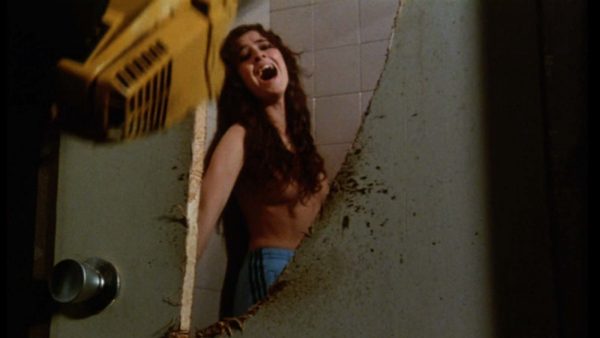 The tagline for Pieces – ‘You don’t have to go to Texas for a chainsaw massacre!’ – should suitably manage expectations. This is sleaze at its finest, cashing in on the American slasher craze of the early 80s but with a distinct European feel to proceedings. The film was penned by Italian Joe D’Amato and American Dick Randall, before being given to Spanish director Juan Piquer Simón who shot the film in Spain with a primarily American cast. There’s a certain charm to the dodgy dubbing that may not appeal to everyone, but fans of the Italian giallo genre should feel somewhat at home here. 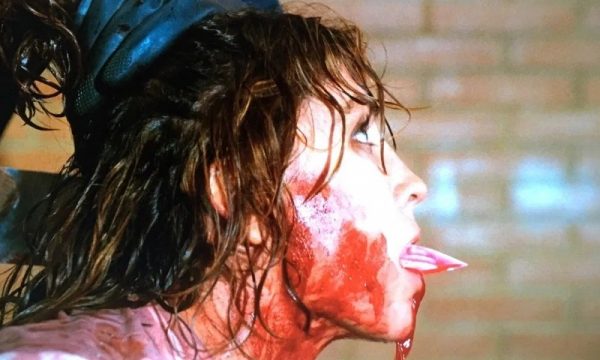 It would not be entirely unfair to claim giallo as a major influence for Pieces, especially in the depiction of the killer, but the look was actually inspired by comic book character The Shadow. Regardless, the chainsaw-wielding dark brimmed hat and black leather gloves fashion statement is a bold and iconic look that works well here. The identity of the killer is kept secret until the end, with a variety of nefarious characters lined up to potentially shoulder the blame. We are treated to an opening scene that lays the seeds for the killer’s psychotic behaviour, set in 1942 where a young boy is assembling a pornographic jigsaw puzzle. His mother, outraged, attempts to burn such indecent material but spectacularly finds herself on the sharp end of an axe. Let this serve as a warning – never try and take away a young boys porn. The jigsaw puzzle features sporadically later on in the film, often serving as a precursor to a grisly kill. There’s a deeper meaning to the puzzle which isn’t revealed right until the very end, in what is a wonderfully surprising climax. 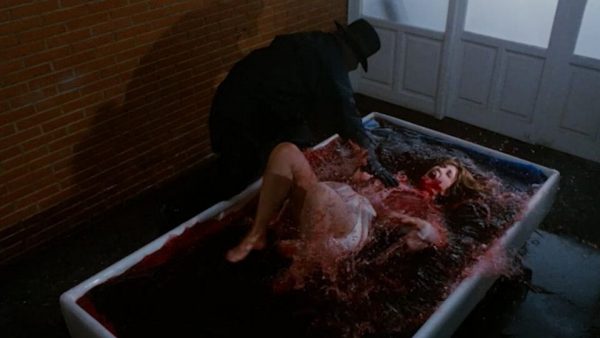 The majority of the film takes place on a university campus, which offers plenty of nubile young girls ripe for an untimely death. Surprisingly, the hero of the film turns out to be a boy, Kendall (Ian Sera), bucking the trend of the majority of slasher films which tend to feature a final girl character. Kendall seems to be an inversion of what we have to come to expect from the slasher genre – he’s notorious for sleeping around whilst the final girl is often virginal – but he does share the curious nature required to drive the plot forward. There’s also Lt. Bracken (Christopher George) and Sgt. Holden (Frank Braña) on hand to lend police enforcement in tracking down the killer, but Pieces isn’t really too interested in character development. 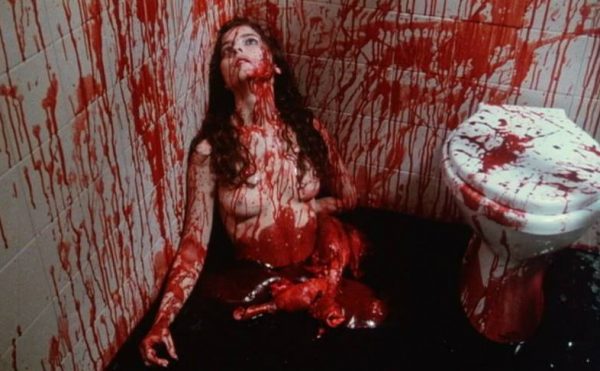 Like most horror films, Pieces mostly serves as an excuse to present an escalating series of imaginative gore-drenched murders – plot be damned. There are several inconsistencies within the story which are just baffling, and the acting is of a typical awkward standard which is to be expected, but there’s also much fun to be had with this movie. The insanity it displays is infectious, with an ending that may just have you reaching for the rewind button so you can experience it all over again. Fans of cult cinema won’t want to miss this oddity.