Bandai Namco, Universal Games and Slightly Mad Studios have released gameplay footage for their upcoming vehicle heist action game, Fast & Furious Crossroads, showcasing the the single-player story mode.  Based on the hit Fast & Furious franchise, Crossroads will be coming to Xbox One, Playstation 4 and PC this August and feature an authentic storyline filled with cars, heroes, gadgets and more cars. 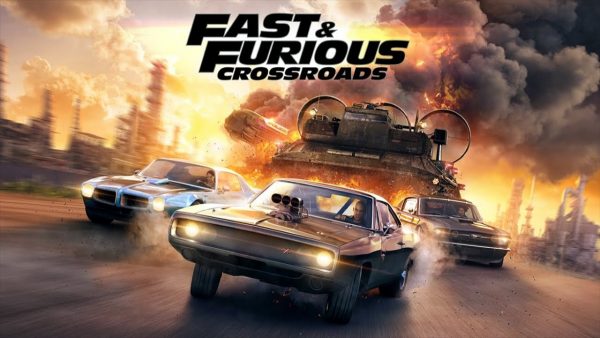 With Fast & Furious Crossroads fans of the franchise will be treated to a heart-pounding, action packed adventure that will see players take part in pursuits, escapes, takedowns and heists in both a single player story mode and a multi-player mode. In multiplayer, players will be able to form crews with friends and take part in vehicular mayhem.

As well as all the cars and action that fans could ask for, Fast & Furious Crossroads will feature non-stop cinematic-style action through the streets of exotic locales such as Athens, Barcelona, and Morocco.

Vin Diesel, Michelle Rodriguez and Tyrese Gibson will be reprising their roles as fan-favourite characters Dom, Letty and Roman, other stars include Sonequa Martin-Green and Asia Kate Dillon.  Plus all vehicles making an appearance in game have been selected by Dennis McCarthy, the official Fast & Furious car coordinator.

Fast & Furious Crossroads is set to hit the streets on 7th August on Xbox One, Playstation 4 and PC.