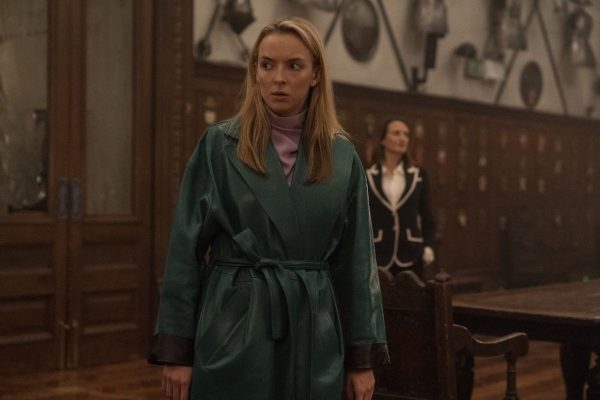 An unstoppable force meets an immovable object as we head towards a metaphorical three lane pile up. Major players and silent partners navigate their way through a maze of global espionage as the wagons gather together. There are no weak links, no one to be trusted and a streak of pitch black humour which really pulls the room together. Trying to lay plaudits at the feet of any one actor in this season is an exercise in futility, both superfluous and critically beyond reproach.

Dasha and Villanelle are the mother daughter combination from hell as both actresses revel in subtleties, silences and flashes of malevolent kinship. Side by side on a golf course or mocking the morbidly obese their humour undercuts any sense of revulsion. When separated they are singularly riveting as Comer does more sitting still, than most actors manage with a whole monologue. Elsewhere Harriet Walter is an equally morose husk of indifference laced with nicotine and vodka who dominates even from a hospital bed. 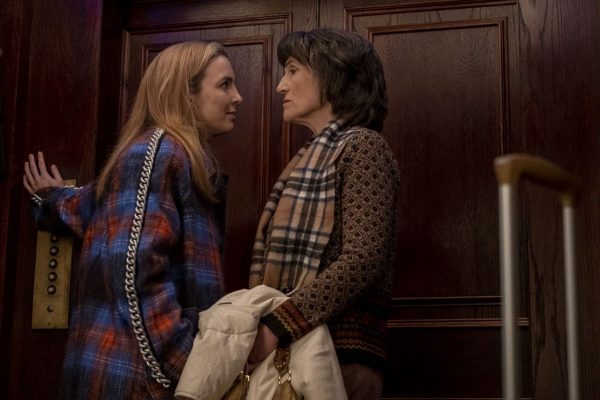 Carolyn remains a coiled spring of unrepentant repression as her professional demeanour continues crumbling. Fiona Shaw chews the scenery in silence while her daughter admonishes, cajoles and maintains a minimum safe distance. Flashes of humour keep Carolyn human but they are few and far between as decades of secrets threaten to grind her into dust. Emotional erosion sits at the centre of a season where for once murder fails to go far enough. Normality amongst the carnage is subjective as agendas define motive, self-interest trumps family loyalties and things never end well.

Mental breakdowns, heart attacks and collateral damage aside Killing Eve is now the televisual equivalent of a book burning house party. It wants to antagonise and provoke, it wants to expose the grey areas and make you pick sides. That everyone is unscrupulous, blatantly indifferent to others and driven by selfish motives is half the fun. Narrative avenues have been opened up which are exciting, characters revealed that reek of intrigue while regular cast members are on flammable form. 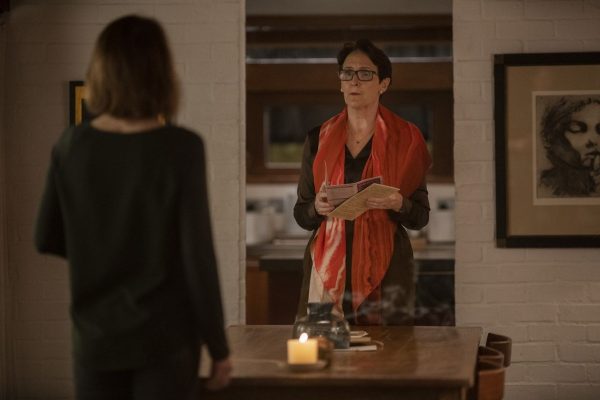 Some shows rely on narrative necessity such as cliff hangers but Killing Eve has no need of such things. Agents of chaos are counter-intuitive, impulsively inspired and forge their own path through the fallout. This show just wants to set some fires and watch the world burn.