Assemble Entertainment and developer Robot Pumpkin Games have announced that they will be releasing their humorous visual novel The Innsmouth Case on Steam, the App Store and Google Play on the 23rd June.  A new trailer has been released providing a glimpse of what Innsmouth has to offer in a tourism promotion style advert. 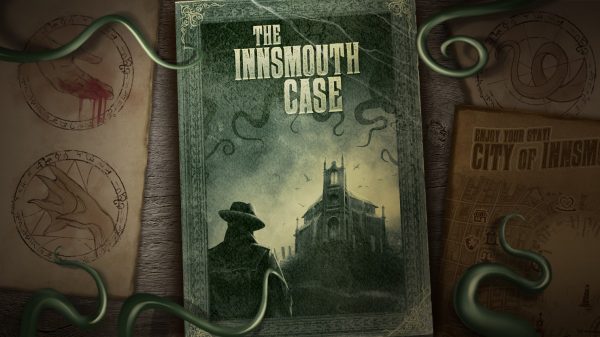 Get ready for mystery, horror and humour as The Innsmouth Case tasks players with solving the mysterious disappearance of little Tabitha Marsh.  The ominous town of Innsmouth has long been known for its sinister goings on but this mystery needs sound detective work to help a desperate mother reunite with her young daughter.

Inspired by the works of horror legend H.P. Lovecraft, The Innsmouth Case is a detective adventure in the style of an interactive book filled with a mix of horror and humour.  Every decision makes a difference and there’s more than one way to bring the mystery to a happy conclusion, or a unhappy one depending on choices made.

The Innsmouth Case arrives on PC and mobile platforms on 23rd June.