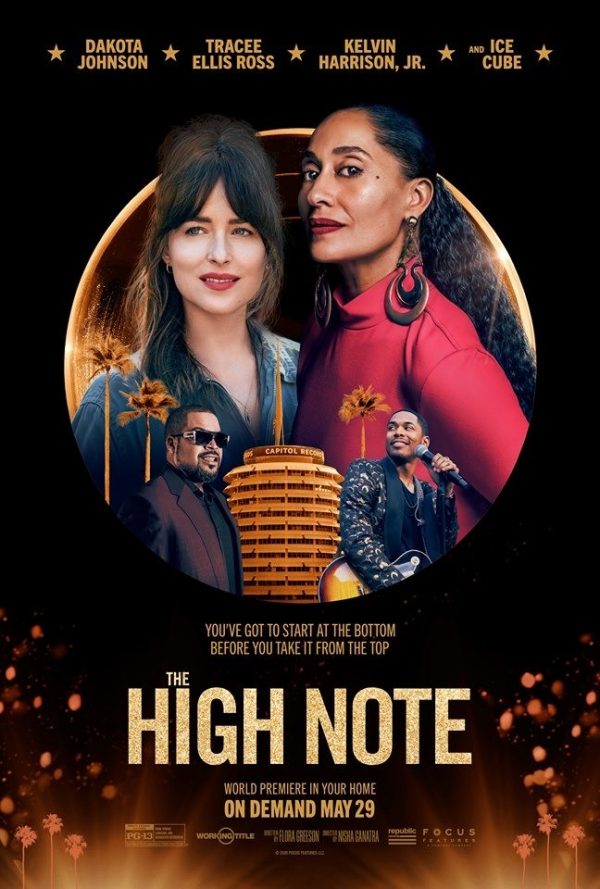 A superstar singer and her overworked personal assistant are presented with a choice that could alter the course of their respective careers. 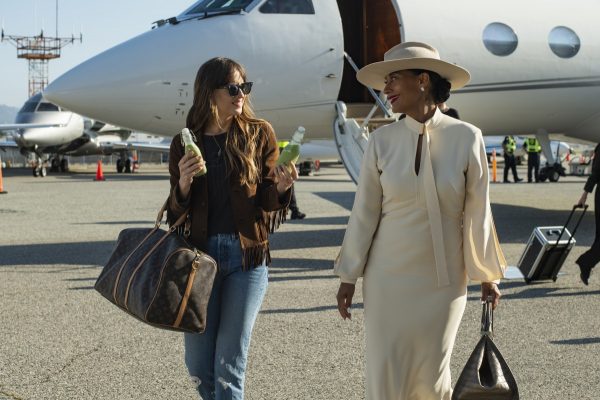 About halfway into The High Note, fictional revered singer and songwriter Grace Davis (Black-ish‘s Tracee Ellis Ross) gives her overworked personal assistant Maggie (Dakota Johnson) a fact-based reality check regarding the logistics of a 40+ black woman releasing a new album that tops the charts. Apparently, it’s only been done by one artist, but that doesn’t stop Maggie from attempting to chip away at Grace’s self-doubt in order to hopefully get her back into the recording studio. Maggie is not just a professional helping hand to Grace, she’s working for her idol and sees the dynamic both as a job but also a tightknit friendship with trust between both parties. As such, she’s pushing back against executive suggestions of more concerts strictly comprised of classic songs, and lower, her manager Jack’s (Ice Cube) foolproof plan of transitioning to Las Vegas shows. To them, they see a faded superstar with diminishing returns, whereas Maggie is not counting her hero out.

Directed by Nisha Ganatra (who actually handled race relations and portraying ugly but true gender power dynamics well in last year’s Late Night), it’s a surprise that The High Note doesn’t lean into the social context of the dilemma. Instead, it’s all a setup for Maggie to end up having a meet-cute with David (Kelvin Harrison Jr.), a wealthy aspiring musician who spends some days putting on concerts outside of grocery stores and other days lounging around a luxurious home flirting with girls that are not looking for anything serious. 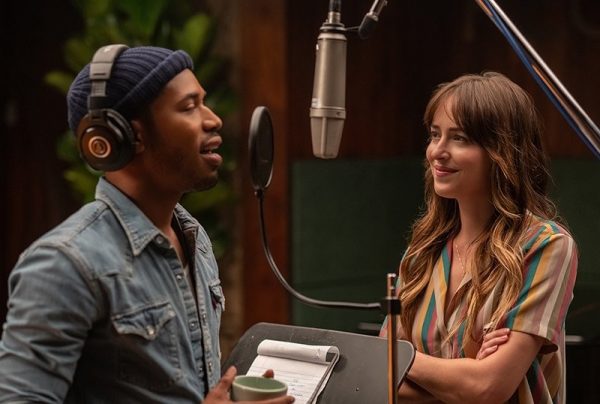 Naturally, they hit it off and she grows to like him, but following Grace’s wishes to play her career safe, Maggie decides to treat David as something of a pet project. She impersonates being a music producer herself (which is definitely sneaky but not the worst thing in the world considering she does have a proven talent for it that even Grace acknowledges and complements), asserting her own confidence that she can make his dreams come true. It’s not long before we see that the extravagant wardrobes and parties are masking some self-doubt issues of David, and as the collaboration deepens, some of Maggie’s own professional insecurities start seeping out. In other words, no one is sure what they are doing in The High Note, as it abandons the only intriguing character. More disappointingly, none of these connecting threads of insecurity matter considering the movie doesn’t actually say anything insightful.

There’s nothing inherently wrong with going the narrative route of showing someone’s life at a crossroads regarding complacency and wanting to dive further into the industry (shady measures or not), but The High Note quickly becomes a one-note generic romance that wastes some wonderful talent. It’s evident that this is the first feature script from writer Flora Greeson, because everything here is formulaic, predictable, and at worst, concludes with a preposterous plot twist that speaks to the phrase “it’s a small world.” Meanwhile, the direction from Nisha Gantra consistently makes use of vibrant and colorful lighting (especially during clubs or outdoor nights), and she does get worthwhile performances out of the cast even if the material is weak. The ending is so bad that the actors deserve credit for even trying to sell it; I’m also not sure how no one decided that a rewrite was in order. 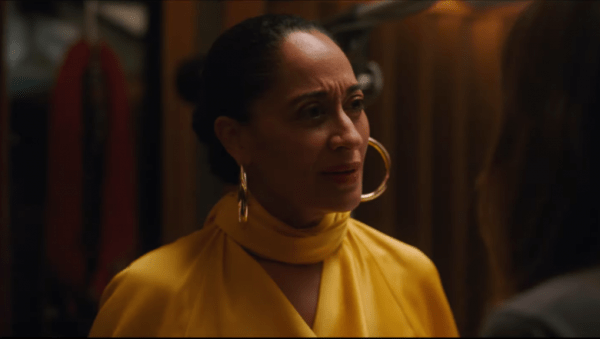 The High Note is a standard love story replete with a plethora of smash-hit pop needle drops and occasional musical discussion that is sometimes fun to listen to. Maggie makes some selfish decisions in her ambition to break all the way into the music industry, as the story hits just about every predictable plot beat imaginable. The entire film needs much more fine-tuning and fleshing out beyond the most basic of romance stories. It’s also hard to imagine many people caring about a love story that also amounts to “rich people problems.”