Well known razor brand Schick Xtreme and have today released Shave The Day, a new mobile game on Android and iOS aimed at helping in the fight against childhood cancers.  Shave The Day will have players shaving heads to help St. Baldrick’s Foundation, a charity that supports research into childhood cancers and helps survivors live long and healthy lives.  Check out the new trailer below…. 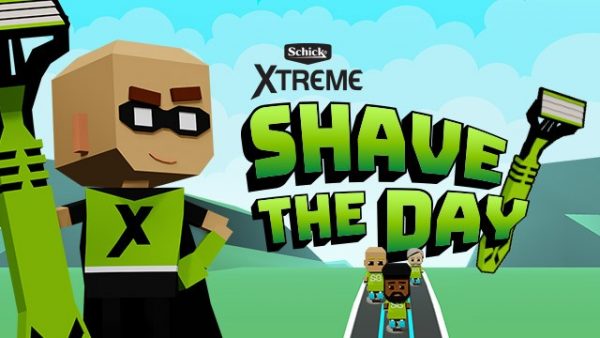 In Shave The Day players take the role of bald headed superhero XtremeMan who is tasked with the mission to ride his Xtreme razor along the road to shave heads and collect an in-game currency called Bald Bucks.  Players will need to shave heads and avoid the obstacles that stand in their path.

At the end of the game, Schick Xtreme will convert the Bald Bucks collected into real money which will be donated to the St. Baldrick’s Foundation to the maximum amount of $250,000. After this amount has been reached the game will encourage players to continue donating themselves.

Xtreme have also teamed up with Twitch streamers (Aydan + NMPLOL) to not only set personal donation goals and play Shave The Day, but to also shave their heads on stream!

Shave The Day is available now on Google Play and the App Store for free.