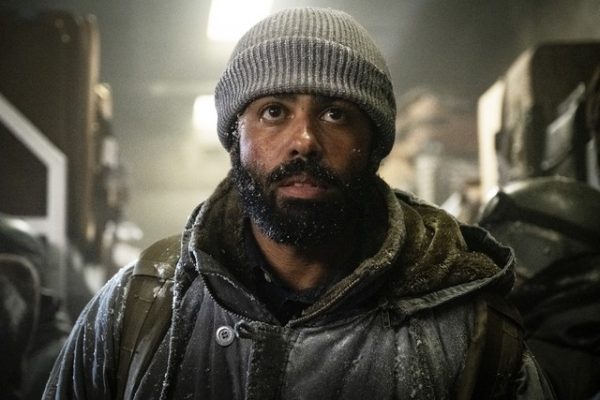 There are metaphorical and literal meanings underpinning that tagline as we delve into episode two of TNT’s flagship series. Snowpiercer as a programme has already superseded its feature film predecessor, by defining its two opposing protagonists within the narrative. Daveed Diggs brings an easy charm to Andre Layton and grounds the more abstract elements as he journeys through this train. A combination of instinctive street smarts and a laid back demeanour giving him immediate authority.

Elsewhere Melanie Cavill is proving equally complex as main conduit between an eponymous creator and all remaining passengers. There are hints to a past which Jennifer Connelly conveys through small gestures, while more obvious visual clues pepper her small area of isolation. To call it anything more homely would be overselling an ordered cubicle, filled with memory yet defined by accountability and rigid structure.

Both of them are intertwined by an ecosystem which is inherently interdependent, rife with civil unrest and riddled with prejudice. As our way in Layton is proving to have an ‘everyman’ appeal and fierce loyalty to those who exist in the tail. As episode two unfolds it becomes apparent that self-interest sits at the heart of his investigation, old acquaintances dredge up old memories and back story is filtered through flashbacks. 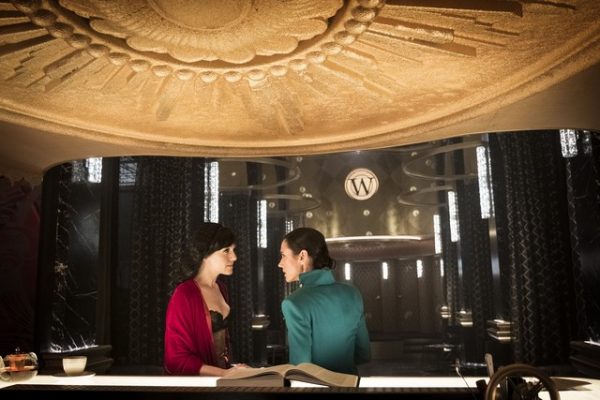 A subtle history lesson is drip fed through dialogue exchanges whilst impending threats in front and behind, are cleverly cross cut into scenes which touch on that feature film predecessor. Decadence, deviance and androgyny are also added into a broadened canvas, as social expectations are defined by those with no tangible idea of hierarchy beyond this tin tube on wheels. ‘Prepare To Brace’ truly begins exploring how far down these divisions go in a place reliant on order, disciple and balance yet rife with splinter cells.

Snowpiercer might be a police procedural dressed up in a bullet train scenario, but it is also a social statement on political systems, ecological concerns and matters of class which go far deeper. Only two episodes in this has already become a living breathing organism, with a sense of self and immersive quality which says more than any review could verbally convey. Daveed Diggs, Jennifer Connelly and an ensemble of depth may embody these people but the train has a cast iron character overshadowing them all. As Snowpiercer continues its perpetual loop around a barren planet, this adaptation is already proving worth the gamble.