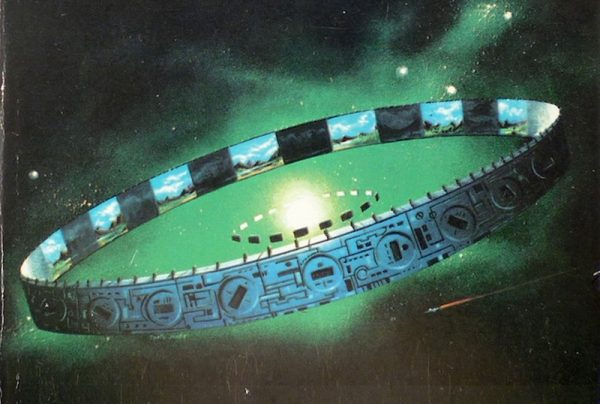 According to Collider, Thor: The Dark World and Terminator: Genisys director Alan Taylor has signed on to direct the pilot episode for Amazon’s planned TV series adaptation of the classic 1970 sci-fi book from Larry Niven.

Ringworld tells the story of Louis Gridley Wu, “a bored man celebrating his 200th birthday in a technologically advanced, future Earth. Upon being offered one of the open positions on a voyage, he joins a young woman and two aliens to explore Ringworld, the remote artificial ring beyond ‘Known Space’.”

“Alan Taylor is attached to direct, and hopefully that will turn into an actual set of moving pictures, but God knows,” producer Akiva Goldsman tells the outlet. “I don’t know what Amazon is looking for, but they seem to like these larger objects that have scope and scale… I think that these big, comprehensive universes, there are very few of them still available, and I certainly think Known Space is one of them, for those of us who were Larry Niven fans in our high school days. Niven’s world, his universe, dare I say, is incredibly complex and nuanced, and Ringworld has always been this entry point. Better minds than mine have tried to crack it, but hopefully we’ll do it this time.”

Amazon first picked up the rights to Ringworld back in 2017, with Goldsman coming on board as writer and producer last year. With Taylor – whose extensive TV credits include The Sopranos, Deadwood, Game of Thrones and Boardwalk Empire – now in the director’s chair, hopefully we’ll soon see some progress.