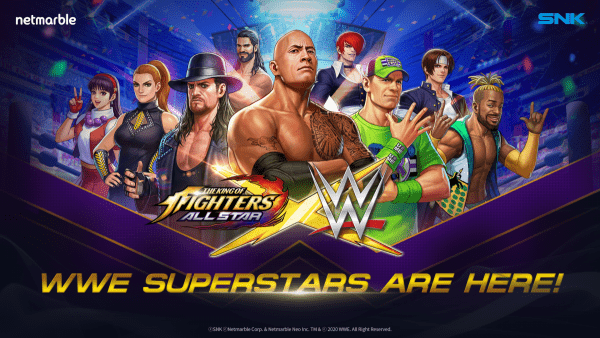 Netmarble has announced that it is tagging up with WWE to bring its roster of WWE Superstars into the world of The King of Fighters Allstar, with fans now able to collect and add The Rock, John Cena, Undertaker, Becky Lynch, Seth Rollins and Kofi Kingston to their respective rosters.

In addition to the WWE Superstars, the collaboration also includes several WWE-themed events and more, including:

“WWE and The King of Fighters have been entertaining people around the world for decades, so this is something truly special for us and the players,” said Shin Hwa Cho, Executive Producer of Netmarble. “We worked closely with WWE to provide a truly authentic experience, bringing the likeness and moves of each Superstar to our game. We know our players are going to love the experience.”

“Partnering with an industry leader like Netmarble Corp. and bringing together two iconic brands made this collaboration a natural fit,” said Brian Flinn, WWE Chief Marketing & Communications Officer. “Integrating WWE Superstars into The King of Fighters Allstar franchise will provide our fans with another opportunity to connect with their favorite Superstars and introduce new audiences to our action-packed entertainment.” 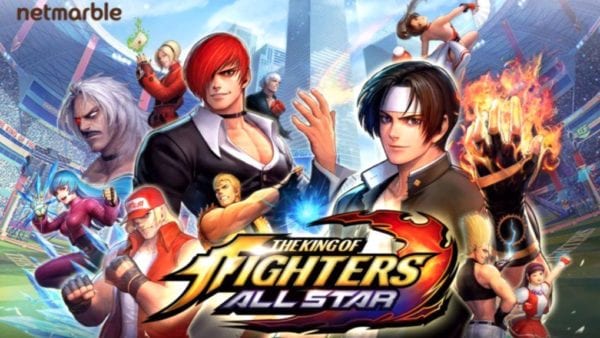 The King of Fighters Allstar is available to download for free on Google Play and the App Store.