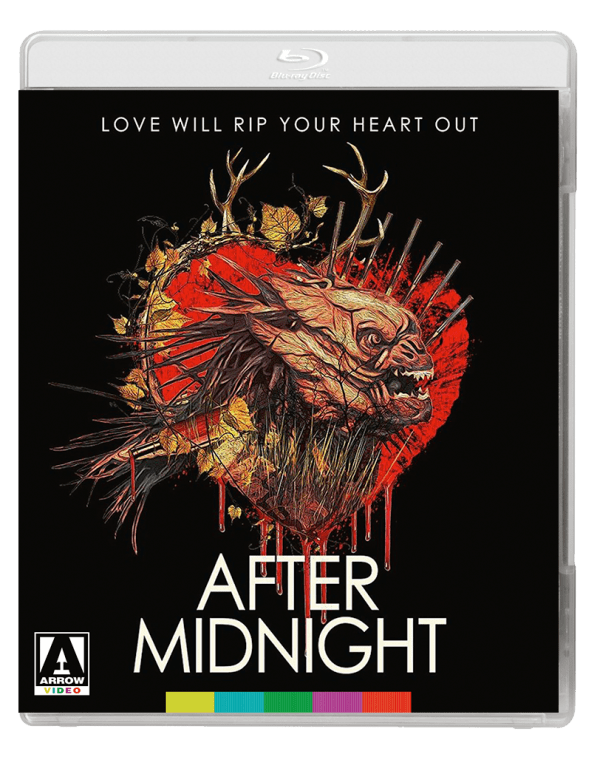 When Hank’s girlfriend Abby leaves him, a monster comes out of the surrounding woods to break into his house.

The breakdown of a relationship is never a nice thing but for Hank (Jeremy Gardner) things are made all the more tense by the actions of a mysterious creature that keeps attacking his house every night since his girlfriend Abby (Brea Grant) left him. He has told his friend Wade (Henry Zebrowski) and Abby’s cop brother Shane (Justin Benson) of what keeps happening but apart from a few scratches and a shotgun hole in the front door there is very little evidence to suggest this is anything other than Hank’s heavy drinking and fragile emotional state causing him to see things that probably aren’t there.

Shane thinks it is probably a bear, Wade encourages Hank to drink more and Hank keeps leaving heartfelt messages for Abby on her phone, telling her the cat he brought her for her birthday has gone missing and that something keeps coming for him at night. Could it really be a monster or is it all in Hank’s head?

Well, that is what writer/co-director Jeremy Gardner wants you to think as he weaves a dreamlike tale of love, loss and the creatures that emotional heartbreak can create through our own insecurities – or is it literally a monster movie with a mumblecore love story as a backdrop? As with many movies of this ilk it’s what you make of it and the end result may or may not be the satisfactory conclusion you want it to be as Gardner’s script keeps things ambiguous until the very end, injecting little pieces of warm humour and dark drama into the story that the actors manage to carry off very well. Naturally, there is more dialogue than action and the non-linear way in which Hank’s situation unfolds gets a little jarring at times but the tight 83-minute running time means that very little is dwelled upon unnecessarily, the only extended scene being the inevitable explanation for why Abby left in the first place, a scene which could have brought things to a standstill but Jeremy Gardner and Brea Grant pitch and pace it just right, the composite elements of the filmmaking combining to keep you invested.

But at its heart After Midnight is a horror movie and there are some more traditional genre moments to savour as Hank does eventually confront the thing that is threatening him every night in his quiet, lonely house. The low budget and more dialogue-heavy scenes mean that gore and creature effects are kept to a minimum, the filmmakers accentuating the necessary terror through camera angles, cinematography and score, creating a mood that doesn’t really require too much in the way of graphic violence so when the true nature of Hank’s emotional turmoil is revealed it comes with a jolt.

The film comes backed with a few nuggets, including an audio commentary by directors Christian Stella and Jeremy Gardner plus a Q&A from Lakeland Florida and a self-isolation self-interview with Justin Benson, who also served as a producer on the film as well as being the director of The Endless, which he isn’t shy in reminding you about. However, the biggest bonus must be the inclusion of Jeremy Gardner’s 2012 debut feature The Battery, a zombie movie very much in the same vein as The Walking Dead, albeit an episode where the action is toned down in favour of mismatched characters either bonding or falling afoul of other survivors amidst the background of the undead.

Gardner’s minimalistic camera style is as evident here as it is in After Midnight but where the mood and atmosphere sustains itself thanks to the dialogue in that movie, in The Battery the 100-plus-minute running time here is completely mishandled and by the time you get round to the final 15 minutes where Gardner tries his best to make something out of nothing (and fails), all hope – much like in the film – is lost.

Nevertheless, as a bonus for this limited edition Blu-ray set it does provide an insight into a filmmaker with a style that blends in many different ingredients and makes a lot of them work, but ultimately – and this applies to both movies – if you prefer your horror more visceral or literal and less cerebral then this package may not be for you. However, if you liked Aaron Moorhead and Justin Benson’s Spring and appreciated the love story aspect rather than the tentacled monster parts then After Midnight offers a similarly ethereal experience.