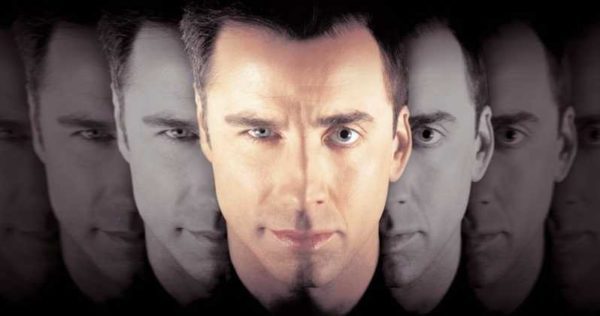 John Travolta become an instant icon over 40 years ago, starring in the smash hit films Saturday Night Fever and Grease. They’re iconic films, with even more iconic songs. The former is actually a little more dramatic than people may assume (if you’ve not seen it), or possibly remember (in fact Travolta earned an Oscar nomination). Grease of course wasn’t, but it really pushed Travolta as a Jimmy Dean-esque, dashingly handsome leading man. He’d already been working solidly for a few years, notably in Carrie, but that back to back output of Fever and Grease launched him.

The trouble is, Travolta’s choices from then on, failed to capitalise on the promise of his two mega hits. Moment by Moment crashed largely unnoticed (and to dire reviews from those who did see it). Urban Cowboy was a little more prominent, if disappointing. In 1981 however, Travolta reunited with Brian De Palma to make Blow Out. As is the way sometimes in Hollywood, in a cruel twist of irony, despite good reviews and a career best (up to that point) performance, Blow Out underwhelmed at the box office. The film has certainly gathered more appreciation over the years, something of a cult hit and a fine example of De Palma as a Hitchcock inspired, visual genius, and indeed Travolta as an interesting leading man. It’s a great film in fact and a standout among Hitchcock inspired thrillers of the 80’s. Travolta then followed up with Staying Alive. A sequel to one of his big hits. Directed by a box office magnet like Sylvester Stallone. It couldn’t go wrong, right? Well it did go very wrong. The film tanked and was annihilated by critics. Those critics had short memories of an actor who’d just delivered a great performance, and began writing Travolta off as a flash in the pan who’d hit his ceiling. As an actor, the respect was low. He would become regularly cast as a straight up romantic lead in a number of uninspiring films. Most prominently in Look Who’s Talking (and the sequels), which despite box office success, weren’t the kind of films to bring him critical respect. He was a walking grin, without much acting ability to a few critics.

As he delivered Look Who’s Talking Now, his career was in something of a slump. Those films, initially representing a box office boost had turned sour. Travolta needed something special, and that would come thanks to a young up and coming director called Quentin Tarantino. Pulp Fiction was a revelation for almost everyone involved. It spring boarded Samuel L Jackson into superstardom, as well as Uma Thurman, and it was career salvation for Travolta. He earned an Oscar nomination for the role, and had the kind of superstar return from a career black hole that you rarely see. Tarantino, a fan, having already gathered enough clout for carte-blanche casting, gave Travolta the shot a lot of big studios wouldn’t have been increasingly reluctant to. So began something of a renaissance. Not only that, there were signs of a progression in Travolta’s style and image. Among some of the better follow ups in the wake of Pulp Fiction, such as Get Shorty, he became renowned for theatrical villainy. He elevates an otherwise routine action thriller, Broken Arrow, with his revelry in playing a bad guy. More interestingly though, was his turn in Face/Off. With Nic Cage on a high and Travolta well and truly back, these two unrestrained titans would find the perfect meeting spot, aided by the histrionic, balletic theatrical style of John Woo. The film did extremely well, but not least as it gave both actors the opportunity to play both hero and villain within the film, thanks to its premise. Both took great relish, in particular playing the villainous part, Caster Troy. Cage, already renowned for his let loose, dial it to eleven style, was matched, punch for punch by Travolta.

Like Cage, there was a period over the next decade plus that saw their respective appeals waning. Cage would still get the occasional plum role like Joe, or in Bad Lieutenant, but Travolta was struggling. Cinematic enterprises were flopping, and there were no salvation calls from Quentin. Hairspray, which offered a flashing return to musical format and critical acclaim, and a serviceable remake of The Taking of Pelham 123 were rare high points in a period where Travolta saw his career slumping again. In more recent times he’s been batting out Straight to video films with the same regularity as Nic Cage. The occasional, more high profile film like Gotti, or The Fanatic, have been high profile for the wrong reasons. Both men have become as infamous for their hair, and bad choices than anything else. Still, though The Fanatic was received with almost universal derision, the view on Travolta has been mixed. Which way you land will see his performance as either an abomination of ham, or unshackled genius (which in many cases has been something attributed to some of Nic’s performances). In any case, it would certainly be true to say, Travolta left nothing more to give for the role. Films with titles like Burning Rubber, Speed Kills and I Am Wrath have proved pretty popular on the DVD/VOD market, much like Nic Cage’s paycheck gigs. What Travolta really needs though, and would be capable of doing with his persona, is a Mandy or a Mom & Dad. The kind of culty films which seem to magnetise themselves to Cage based on his internet attained level of new found superstardom. Perhaps something like The Fanatic was an attempt at just that, but it’s not paid off. The thing is, Cage has managed to not only combine these culty films to his larger than life persona, he’s managed to do them very well. Mandy is a cerebral, artistic, trippy horror masterwork. Would Travolta connect so easily with that genre? Who knows, but Cage certainly wasn’t known as much of a horror guy prior to Mandy or The Color Out Of Space. Cage is getting these standouts (and I expect the upcoming turn as Joe Exotic to also be a high point) among the more generic DTV output. What Travolta needs, and deserves, is a bit of new found cult acclaim, and to really let loose in films that will capture a longer standing audience again. Additionally, there’s still another Tarantino film to come, and the potential of a phone-call and lifeline. What’s your favourite Travolta role? Is he due a comeback? Let us know in the comments or on our Twitter page @flickeringmyth…