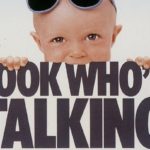 Deadline is reporting that Sony’s Screen Gems is in development on a reboot of the hit 1989 romantic comedy Look Who’s Talking, which starred Kirstie Alley as a career-minded single mother who finds herself falling for John Travolta’s taxi driver, while her baby son provides commentary thanks to a voiceover by Bruce Willis. “What excited […]

Tom Jolliffe with the 80s movie guide for the new parent… Last December I welcomed my baby daughter into the world. It was a momentous day. My first, and like all new parents who find the weight of responsibility fall into their lap after 9 months of increasing inevitability, I suddenly realised I had absolutely […]