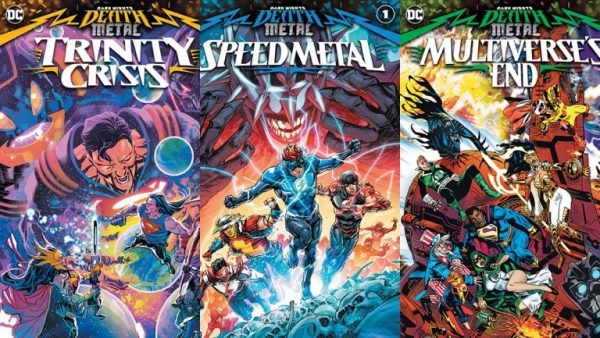 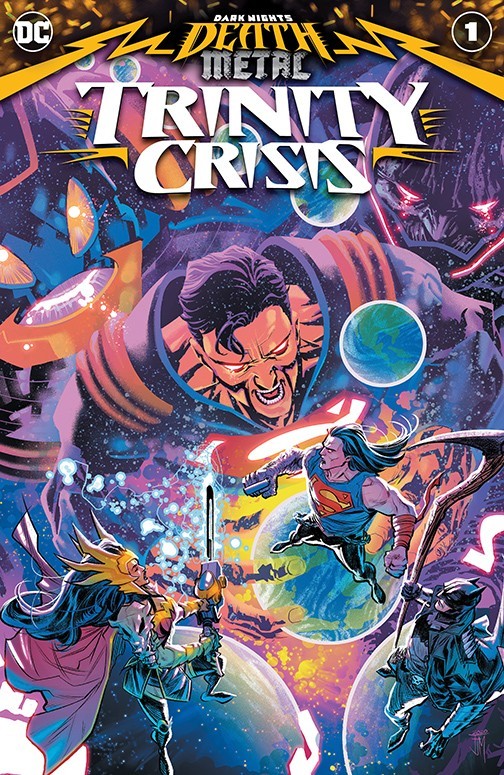 With Superman freed from his New Apokolips prison, the classic Trinity lineup is back together and ready to rock their next gig. Wonder Woman, Batman, and Superman amp up their power to launch an assault on Castle Bat, and that’s just the warm-up act! Three walking nightmares are hidden deep inside the fortress—but these Dark Multiverse versions of the Anti-Monitor, Superboy Prime, and Darkseid hold the key to humanity’s survival. The Justice League have to face down their old nemeses, but will round two be the end for our heroes? 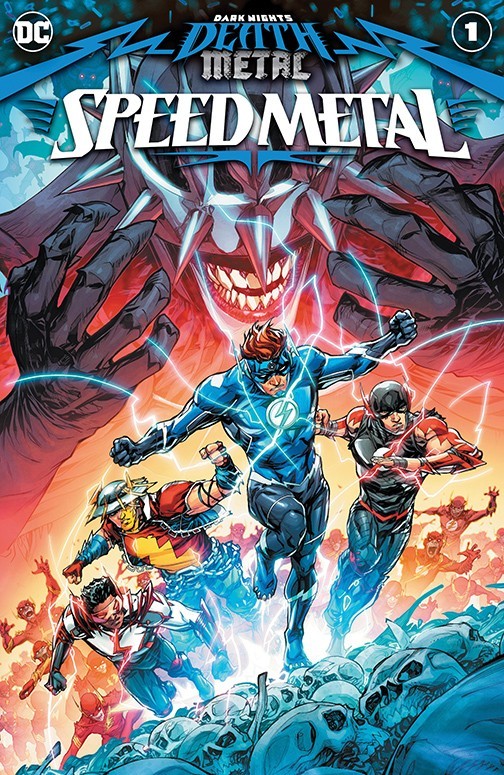 It’s the drag race from hell! Taking place after the events of Dark Nights: Death Metal #3, the Darkest Knight is after Wally West and his Dr. Manhattan powers. Thankfully, Wally has back-up in the form of Barry Allen, Jay Garrick, and Wallace West! It’s a knockdown, drag-out race through the Wastelands as the Flash Family tries to stay steps ahead of the Darkest Knight and his Lightning Knights! 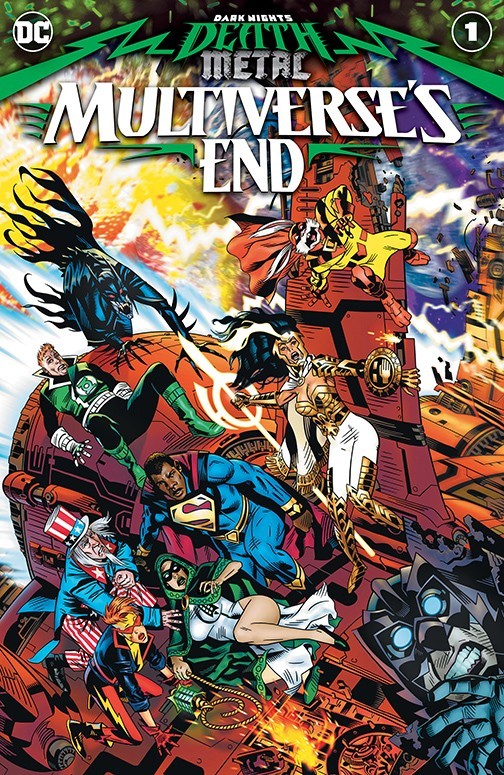 Perpetua, mother of all existence, has culled all life and creation in the Multiverse, condensing all beings to one planet: Earth Prime. In her quest for power and dominance, she rules absolutely and in totality, using her children—the Monitors and Anti-Monitors—as her heralds and destructors. But a group of heroes has banded together across multiple worlds in a last-ditch effort to stop her from destroying all of existence: Owlman, President Superman, Iris West, Captain Carrot, Guy Gardner and others choose to make their final stand in a battle they’re destined to lose!