Rachel Bellwoar reviews series one and two of Flack… 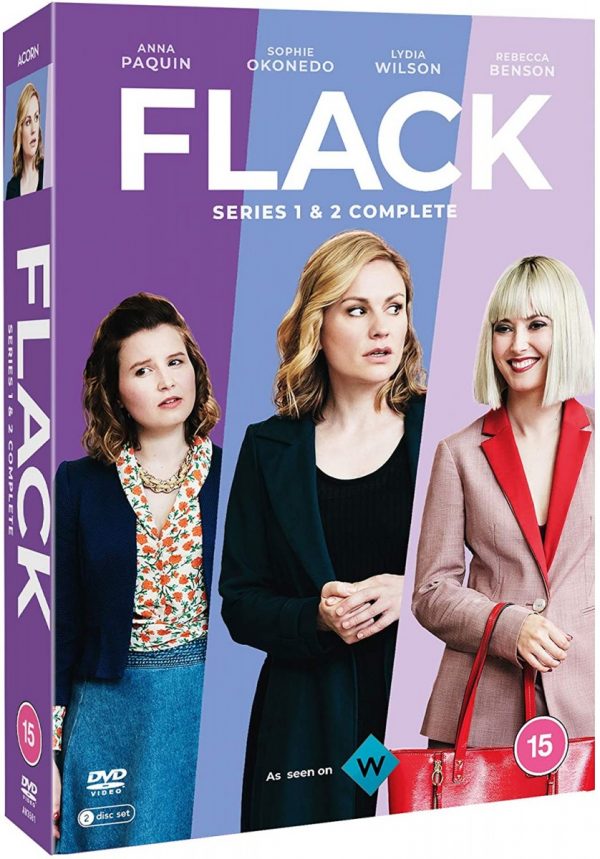 They’ll always be a place on television for antiheroes. If Robyn (Anna Paquin) doesn’t break the antihero mold, though, Flack does in its response to her self-destructive behavior.

On the best of days, PR work can be a slippery slope, especially if your clients are rich, entitled celebrities. Over the course of Flack Robyn covers up affairs, has innocent people accused of crimes they didn’t commit, and spins stories that protect her clients (and their money).

Not counting the episode when Robyn toys with helping an actor (guest star, Bradley Whitford) who has child pornography on his computer, the worst is probably the Me Too episode that focuses on a woman who falsely accuses a man of sexual assault. When believing women is so important, is this really the kind of the story that needs to be put out into the universe right now? 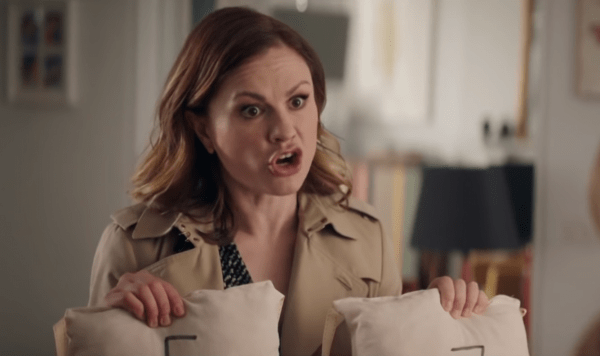 If Flack avoids making a judgement call about PR as a profession, it does rethink how much people really want to wallow in an antihero’s downfall. Like most TV antiheroes, Robyn is good at her job but her personal life is a mess. She’s been lying about wanting to have a child with her boyfriend (Arinzé Kene), keeping secrets from her sister (Genevieve Angelson), and her attempts at getting clean haven’t been going so well.

There’s a definite push to prove that Robyn has a conscience and that there’s a line she won’t cross in the early episodes. Paquin’s natural likeability also works in her favor, but eventually Flack stops trying to make excuses for Robyn and instead of vacillating back and forth, Robyn’s behavior gets worse until she’s not the main character of the show anymore.

It’s not that she’s not around or that the show officially demotes her. It’s more like a dawning realization that Robyn’s story has become less prominent. Rather than hold themselves to keeping Robyn as the lead, the show lets itself evolve and Melody (Rebecca Benson) and Eve (Lydia Wilson) take on bigger roles in series two. 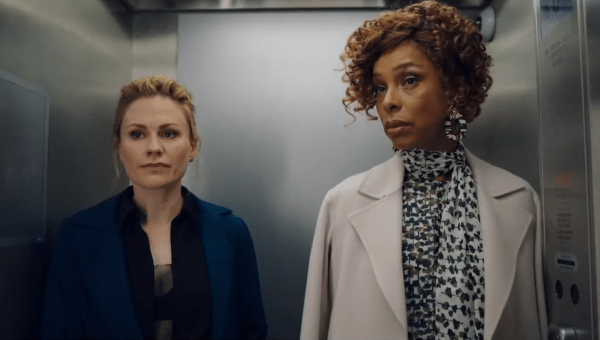 Both are characters other series have gotten wrong. On TV, for example, it’s always the intern who gets sent out for coffee, not the intern who gains experience in their chosen field, but Melody learns a lot working under Eve and Robin and they treat her fairly well, too. Eve is another character who could’ve been used for pop culture quips and never given much dimension, but Flack takes the time to get to know her and see past the hard exterior she puts on while doing the same job as Robyn. Rounding out the series’ female cast, Sophie Okonedo eviscerates with words but her character, Carolyn, is a little too closed off to feel different from other intimidating, TV bosses that have come before her.

Flack may not be feel-good television but the show has a biting sense of humor and a willingness to change that will serve it well if it gets renewed for a third season.

The Flack Series 1 & 2 box set is available on DVD from Acorn in the UK.