Michael Stein and Kyle Dixon have collaborated on Stranger Things since the beginning. In three seasons it has become a global phenomenon and now as work begins on a fourth, they took time out to talk to Martin Carr about their involvement…

How has your collaboration process with the Duffer brothers evolved since season one?

We have a lot of creative control in the collaboration process at first and they let us throw ideas at the wall before giving feedback. Sometimes they say ‘do something like this but just do it Kyle and Michael style’.

And for you Kyle how has it changed over the years?

For me the process has kind of stayed the same throughout. In the first season we recorded a bunch of stuff before we had any footage, so they had some music from us to go in and do a temporary soundtrack. Whereas between the second and third season we got busier so didn’t do so much. However, they still used our music as a temporary soundtrack, put it in there but realised in some cases it didn’t work, which is when we would do a, b and c to move things along. On other occasions they were unable to find anything and they would ask us to do something specific, but as Michael said make it sound like us.

Out of interest Kyle how does their creative dynamic work?

It’s kind of hard to say and depends very much on the day. I guess in the beginning Matt was the one doing the talking, but they have usually talked about they wanted to say beforehand. However I feel like they are pretty equal but it depends who feels like talking.

And Michael how did you see that their dynamic?

They have an interesting dynamic for sure. Sometimes Matt might be conveying a message from Ross, like some constructive criticism or something, while other times it will be the other way around. It’s really funny because usually you are speaking to one of them predominantly in conversation, but you are getting both opinions. 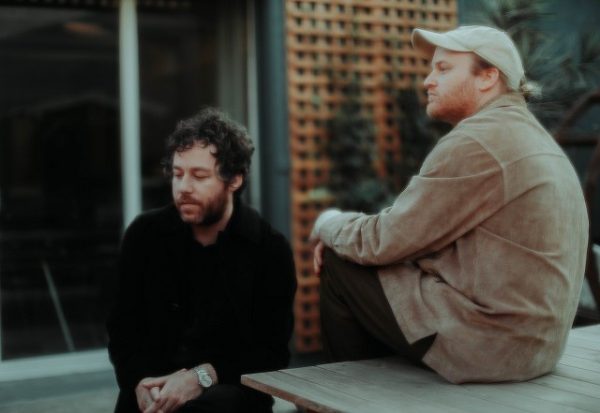 It’s well documented that you play in a band together, but as musicians what do you think the other brings to your working relationship?

Kyle is generally always listening to lots of new music and bringing plenty of musical ideas, which all come from different places. So he might share what he is listening to with the band, which can be influential and help us all maintain a vibe, feeling or idea of what we are striving towards on an album. As there are four people in the band and we all make music, we can all go in different directions to produce a unified sound while making sure it constantly evolves.

And for you Kyle what does Michael bring?

Michael is essentially our engineer in the band and most things in the studio. Things get a little bit different when you are dealing with sound effects, but generally any mixing or sound production is touched by Michael in some way.

Stranger Things blew up almost instantly and has continued gaining momentum. Now four seasons in, how has this affected you both in terms of creative expectations?

I can imagine some people get excited in terms of us upping the ante, but I think we take a pretty relaxed attitude towards it. We just want to do the work and do it well whilst being inspired by their scripts. This year we haven’t really started working on it but there have been discussions with the Duffer brothers and collaborations in that way. Every season we take everything we have known including story and techniques from the first three and that snowballs into the next. We also take a lot of cues from the narrative and draw creatively from that. I think as long as there is ample time for the Duffers to write, direct and film their story and there is no pressure with time constraints from higher up things will be fine. If Stranger Things had to drop every Christmas of every year and they had to speed up we would all feel the pressure. If you take that out of the equation things happen naturally and everyone feels good about the work they do.

And for yourself Kyle are you equally relaxed about what is coming in season four?

As far as the expectations from the public are concerned I am not really worried. For me the only opinions which matter creatively come from the Duffers. If we are both happy with it that is all that really matters. I am sure the Duffers feel a lot more pressure than us because they are involved in everything and directly talking to producers or network executives. For us it can get kind of stressful when you are trying to finish out a season and you just have to keep going. However, as far as what comes out of our work I am not too concerned about other opinions.

Each season has embraced different moment in pop culture history, how did you both address that in the score?

We don’t really pool that much or reference things too directly which is not already up on screen, because that’s embedded in the nostalgia of the show. There are a lot of Easter eggs and things going on, but musically we usually try to pool from our own experience which means not calling upon trends from that time. We knew that we didn’t want 1984 to be all DX-7 (synthesizer) score and we weren’t going to follow the show directly through our music. So it’s a bit of a moot point for us. 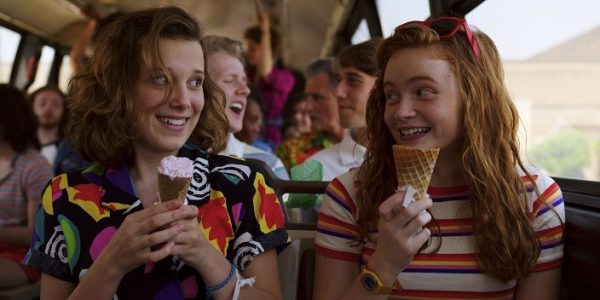 And Kyle do you feel the same way?

The most obvious thing would be the theme we wrote for Star Court in season three. It was musically much more Eighties than we would intentionally go, but that being said we did use a cross section of different instruments, rather than anything trend specific. Like Michael said we were never going to go in that direction, or if the show ends up in the Nineties we won’t be using hip-hop. We will just keeping doing what we do and trying to add a little modern flair. I think some of the throwback stuff is fun to do and if they want it in their show why not try to indulge that and do other stuff elsewhere.

What conversations did you have around musical tones and character in Stranger Things?

We established tone early on and there has been a lot of evolution. In the beginning tones were specified for the children, the teenagers and other supernatural elements. I think those have remained pretty much intact while other textures and sounds have been merged with elements from season one. Just the kids aging has really influenced how the tone works and you can’t really go back, unless you are referencing their internalised nostalgic memories of themselves in that time period. Things really progressed based on story arc and the characters evolved in line with that.

As Michael said I think tone and character has evolved with each season and ideas that worked in previous ones might not necessarily work going forward. We like to reuse themes occasionally where it makes sense, but end up writing it from scratch almost always.

Can you both name 3 albums from your collection and you go back constantly and tell me why?

One I put on in the background a lot is Michael Stearns’ ‘Planetary Unfolding’. I’m just going to saying Intergalactic FM (radio station), which is what usually goes on in the background. It will be playing one of three things at any given time, which are usually back to back. Like a minimal synth track into some Nineties Memphis rap, or some sort of satanic electronic mash up.

And for yourself Kyle?

An album I listen to a lot right now is called ‘Dreamlike Land’ by someone called Richard Schneider Jr. There is an album called ‘Black Earth’ by Bohren & der Club of Gore, which is really cool and just very chilled dark jazz. Minimal piano stuff from Gurdjieff and Thomas de Hartmann or Erik Satie would make the list as well as ’56 Nights’ by Future, but generally I tend to lean together quite chilled and calm stuff. 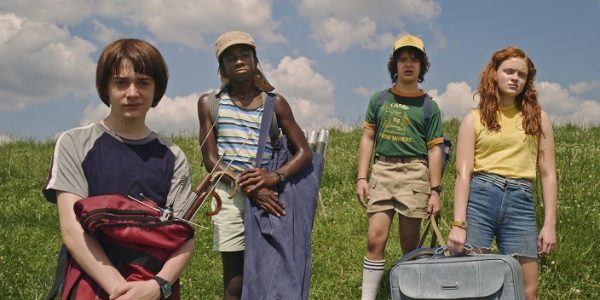 Can you both describe for me your perfect Sunday afternoon?

Spending time with my wife, getting outside and maybe going on a long kind of hike. Around Christmas I got a grill so maybe when I get back we would cook some food on it and just hang out. I know it sounds kind of basic but it’s relaxing. Sunday is almost like your vacation day of the week.

And for yourself Kyle?

There are a couple of things I like to do which include hanging out in the backyard looking after my garden. It is getting a bit hot here right now for that, so there is not much which will make it through the heat. Apart from that maybe listening to some records and just relaxing.

Thank you both for taking the time to speak with Flickering Myth and take care.

Stranger Things seasons one to three are available to stream on Netflix now.