Tom Jolliffe looks at the career of the late Joel Schumacher, whose great work has been disappointingly overshadowed by Batman… 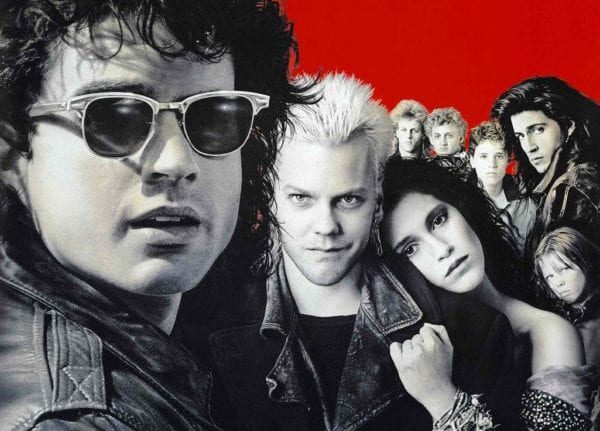 For many film fans, Joel Schumacher has had an impact. For better or worse, his work in the world of Gotham has become iconic for reasons of irony or antipathy. The trouble is, we now live in a comic obsessed world. Since Joel delivered Batman and Robin, which is so terrible it’s kind of brilliant now, we’ve had three more incarnations of the caped crusader (with the latest currently being worked on by Matt Reeves and R Batz) across 6 (I think, I’ve lost count) films. As divisive as his Bat films were however, Batman Forever is flawed, with some great moments, moments that surpass anything we saw with Batfleck, with Kilmer a more interesting Wayne. Whilst we’re on the subject of flawed Bat films, The Dark Knight Rises from a cinematic Deity in Chris Nolan, is actually a gigantic mess. So Schumacher isn’t alone in struggling to strike Batman gold.

So we’ve got Batman out the way. Good. Schumacher began his Hollywood career with a couple of overlooked comedies. The first, starring Lily Tomlin, The Incredible Shrinking Woman. I have hazy memories of seeing this on TV and at the time not realising it was from the same guy who would later make an iconic Vampire film. His second film, D.C Cab was one I have more distinct memories of because it stars Mr T as a cabbie, alongside Gary Busey and Adam Baldwin. Any screwball comedy about the misadventures of N.Y cab drivers that stars Mr T and Busey is a good thing. 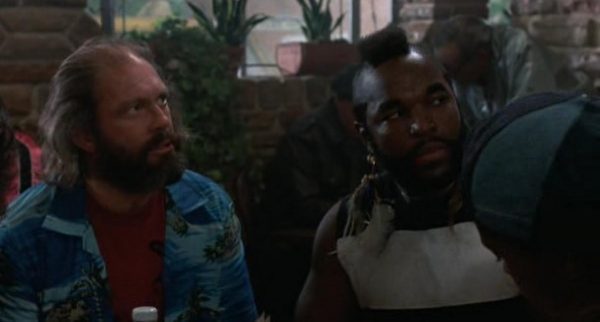 It would be Schumacher’s run of ‘Brat Pack (a term used for a rising group of early 20’s actors in the 80’s including Rob Lowe, Kiefer Sutherland and Emilio Estevez)’ films which really broke him out in a big way. Hear the theme. Hear that unmistakably 80’s production of the titular theme song. Oh yes, it’s St Elmo’s Fire. Starring Rob Lowe, Demi Moore, Andrew McCarthy, Judd Nelson, Ally Sheedy and Emilio Estevez. It’s possibly the most brat pack of all brat pack movies. This was Schumacher’s answer to John Hughes, and it reaches into some darker themes than Hughes tended to. As such I guess it has less of those iconic moments that are littered in something like The Breakfast Club, but St Elmo’s Fire is still a great calling card of that era for a lot of its stars.

The Lost Boys came next and it was at the height of the MTV explosion. Music videos were becoming inspired by movies, and in turn, music and the music video montage style was beginning to seep into film (think of Highlander, Rocky 3+4, Flashdance). Schumacher really tapped into that, but at the same time livened up a genre that had become slightly stale in the previous decade as the Hammer formula was repeated well beyond it’s glory years with vampire stories. The more interesting works of the 80’s came from three strongly visual directors in Tony Scott (The Hunger), Kathryn Bigelow (Near Dark) and Schumacher here. It’s a great film. It captured a huge audience in cinemas and even more so on video. The Lost Boys was huge. It’s an expert blending of comedy, visual style and horror that only few film-makers (Edgar Wright, Sam Raimi) have managed to pull off when mixing genres. It might be the blue print on how to do it. It remains a hugely popular cult movie, and strikes every chord those kind of cult favourites can. 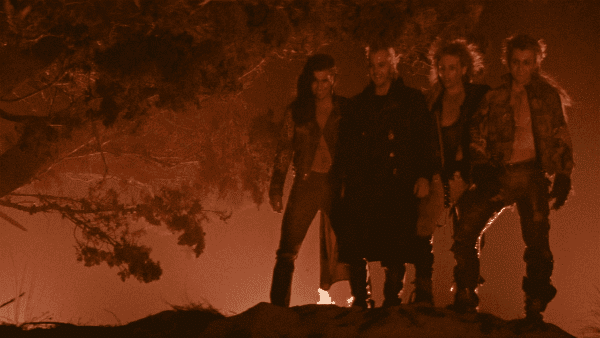 Cousins followed, which whilst reasonably successful and met with okay reviews, is a film that’s been kind of forgotten. Not so Schumacher’s next, which took some brat pack inductees into dark and visually engaging territory, in Flatliners. At the time the film was a big hit, but it kind of divided critics who dismissed it as ludicrous and vacant. Say what you will, but the concept is intriguing and it’s a film I still enjoy to this day. If you really want to see how bad this could have been delivered, just sap all the fun away and you’ve got the recent remake. Flatliners, with a stellar cast, offers an episodic feeling to their respective battles with inner demons they awaken from crossing the flatline. Schumacher, when working in high concept showed a level of visual flourish that most certainly will have steered him inexorably toward capes, cowls and nipples.

A forgettable Dying Young (with Julia Roberts again) would be followed with another of his most iconic films. Michael Douglas going full meltdown in Falling Down. It’s almost become lexicon to describe a feeling of having an awful day, to say you’re not far from going ‘Michael Douglas’ or having a ‘falling down’ moment. Falling Down would combine Schumacher’s signature style with a little more depth. This was an escapist film still, but beneath was an underlying message (reflecting the struggles of an undervalued American working class, and mental health being left by the wayside). It still didn’t come through enough with some critics, but on the whole, the film is largely considered Joel’s high point. Our unlikely anti-hero tows the line between sympathy and derision from his audience, which Douglas plays perfectly. Those minor moments, like trying to order a breakfast menu item and being told he can’t through a bureaucratic robotic jobsworth, that have annoyed many are macabrely heroic moments. Once he starts abusing his new found power though, he becomes less sympathetic. 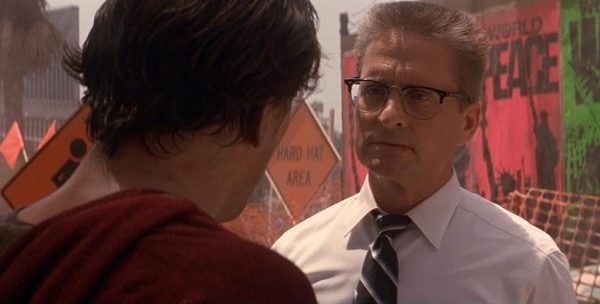 He would strive for a little more critical respect in his next film, The Client. The courtroom procedural was pretty popular in the 90’s and Schumacher tapped into it, restraining the visual whim and focusing purely on his actors. It may not be the best of the genre, lacking perhaps a standout hook that something like Primal Fear had for example, but The Client does by the numbers with expert aplomb. Susan Sarandon walked away with an Oscar nomination too. Between the two Batman films which followed, Schumacher revisited the court room setting for A Time To Kill. It’s a film that hit me hard when I first watched it. It broke Matthew McConaughey out in a big way, and featured a great performance from Samuel L Jackson. It also remains (and particularly as we speak) particularly prescient. It’s pound for pound, possibly Schumacher’s best work (maybe alongside Falling Down), his most skilfully restrained and his most powerful. It seemed to get largely, and a little unfairly overlooked over awards season too (Jackson did get a Golden Globe nod, but the film deserved more).

The rest of the decade was a mixture where perhaps concepts outweighed the delivery. Tigerland in its own right is a decent war movie, but following in the wake of Saving Private Ryan and The Thin Red Line is always difficult. 8MM was ripped apart by critics, though remains a film I’ve always enjoyed given it has a bit of a Conversation, Blow Up, Blow Out/De Palma vibe to it…and Nic Cage. Flawless was a little ahead of its time, and one of De Niro’s more interesting films of that end of century era. There was a clear and concerted effort though, to move away from popcorn entertainment and try to do more dramatically engaging, or darker work. To focus on more intimate concepts over big special FX driven films, in the wake of the Batman response. 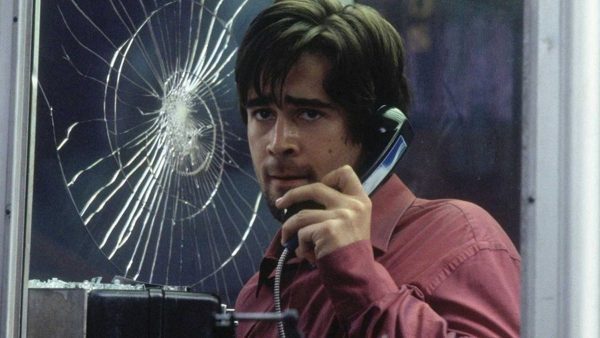 As people began doubting Schumacher’s retention of his directorial powers, he took a simple premise, and locked a protagonist into a Phone Booth. It became the hit minimalist thriller of the year, and really helped establish Colin Farrell as a star. Phone Booth has a great concept and it’s delivered with skill by a great craftsman finding his rhythm again. He’d continue in fine fashion in /Veronica Guerin. It might have had that feeling of another stab at more award season attention, without quite hitting enough high spots, but it’s a well made and engaging film. It just felt like Schumacher could have opted for something a little more high concept again to follow Phone Booth and really tap into his ability to create tension and thrills.

Translating stage musicals into film musicals is always tough because that live interaction is always missed. Schumacher attempted just that when he brought Phantom of the Opera to the big screen. The film lacked the power it needed, and was hampered by poor casting (particularly the decision to place Gerard Butler behind the mask). When a lot of your cast, particularly the man playing the titular character, can’t sing, it’s an issue. The music lacked the skill and nuance of great theatrical singers, whilst the theatrical acting and gesticulating went against the decision to hire film actors without much theatrical background. Emmy Roussum was good (having a little more of the skill required) but the other centrals were miscast and ultimately hamper the film. That being said, we saw with Cats just how badly this Andrew Lloyd-Webber stage to screen transition could have gone. 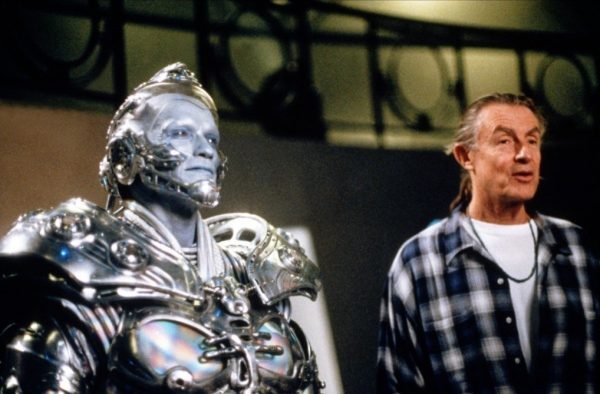 From then on, Schumacher saw his career drift away slightly, though age will undoubtedly have contributed to a desire to pull back slightly. Films like The Number 23 and Trespass had potential to be more, but didn’t work. Blood Creek was an interesting move to go all out horror, which again, didn’t nail its landing. Still, in looking back you begin to appreciate a film-maker capable of more than he was often given credit for. He delivered a CV with some impressive high notes, among some very solid work too.

What’s your favourite Schumacher film? Let us know your thoughts in the comments below or on our social channels @FlickeringMyth…