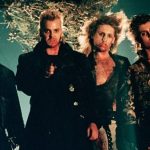 Tom Jolliffe looks at the career of the late Joel Schumacher, whose great work has been disappointingly overshadowed by Batman… For many film fans, Joel Schumacher has had an impact. For better or worse, his work in the world of Gotham has become iconic for reasons of irony or antipathy. The trouble is, we now […] 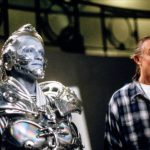 American film director Joel Schumacher, known for the likes of The Lost Boys and the Batman sequels Batman Forever and Batman & Robin, has passed away aged 80, his publicist has announced today. “Filmmaker Joel Schumacher, director of such St. Elmo’s Fire, A Time to Kill, The Client and Tigerland, passed away quietly from cancer […] 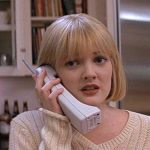 Batman & Robin might be the worst, or underappreciated, Batman movie ever made depending on who you ask. The movie was critically panned, and Joel Schumacher was presumably given a restraining order from every Batman property in existence. However, what if the movie succeeded? In an alternate universe, where Batman & Robin was a triumph, […]

Batman & Robin is notoriously regarded as one of the worst comic book films ever made, and now 20 years later even its director Joel Schumacher is apologizing to Batman fans for putting such a disaster into existence. Speaking to Vice on the 20th anniversary of the film, Schumacher said: “Look, I apologize. I want to […]

Tony Black on the Batman films that never were… One of the most lucrative and successful movie franchises in cinematic history, Batman prefigured the current superhero franchise craze and set the standard after Tim Burton’s 1989 picture established a succession of films which changed the long-held perception of Batman on screen as a camp throwback […]

When Tim Burton left Batman Forever, Michael Keaton followed suit, and now we know why. On The Hollywood Reporter’s Awards Chatter Podcast, when asked what prompted his exit from the project, the Spider-Man: Homecoming villain sugarcoated nothing. “Let me simplify it for you: it sucked,” said Keaton. “The script was never good, I didn’t understand why he […]