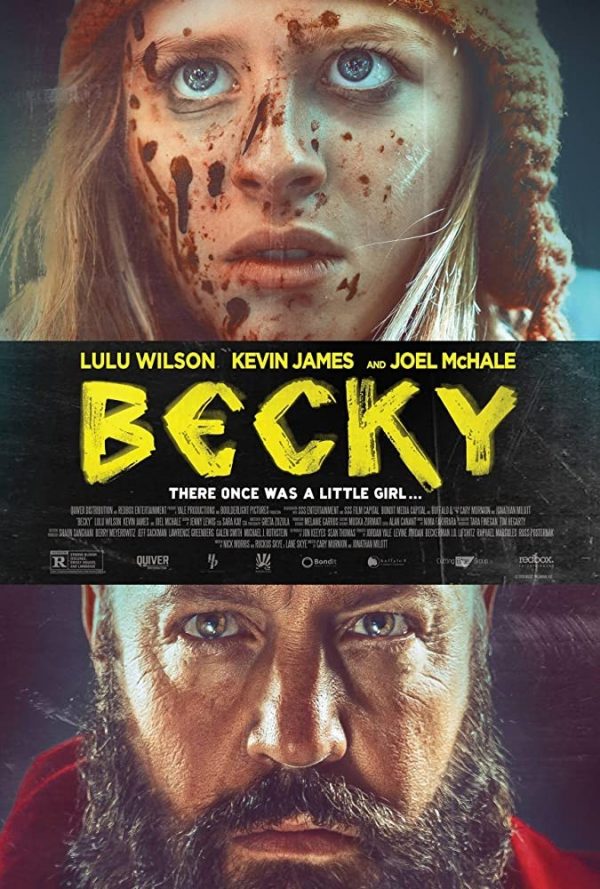 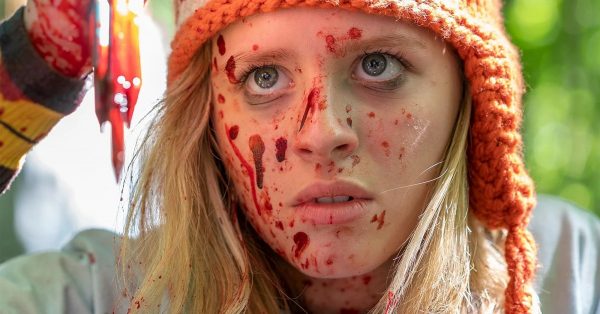 Jonathan Milott and Cary Murnion’s Becky is adolescent rage screamed through a megaphone, and more importantly, carries an evergreen message: *all* Nazis are bad. Take a dash of Home Alone‘s “criminals vs. kiddos,” heavy Rambo vibes – therefore recalling X-Mas horror break-in Game Over – and also imagination-heavy I Declare War standoffs except in real life. Then? Lulu Wilson exclaims, “Anything you can do I can do better” (to her boyhood equals). That’s a lot of movie titles thrown your way, so let me distill my comparisons: Becky is about grief, survival, and gummy worms. About dangerous people committing heinous acts and justice served in a way that’d make Dafne Keen’s X-23 proud. It’s bloody, it’s streamlined, and its colored pencils sharpened for battle. As a “kids vs. cons” deathmatch, loads to appreciate.

Lulu Wilson plays title character Becky, who’s still coming to terms with her mother’s losing battle against a terminal illness. She’s always in trouble, as father Jeff (Joel McHale) does his best to honor Becky’s harbored aggression in the healthiest, most understanding way. Unfortunately, Jeff’s moving onward at the same time. Enter new partner Kayla (Amanda Brugel) and her son Ty (Isaiah Rockcliffe), who appear to spend the weekend with Jeff and Becky at their woodland vacation home. Things are tense, and they get a lot tenser when escaped convict Dominick (Kevin James) takes the “family” hostage so he can locate an old stashed-away key somewhere on the premises. A key that Becky possesses and refuses to hand over without a fight.

No need to re-read the above sentence multiple times like it’s a trick. Kevin James plays a Swastika-tattooed white supremacist who hunts a small child so he can unlock the next phase of his “master race” plan (a role initially given to Simon Pegg). Don’t judge too harshly, y’all. James’ mean streak is as far away from the Happy Madison camp as – eh, whatever, no reason to pluck low-hanging fruit. He’s emotionless, burly, and stone-faced ruthless when commanding his lapdog-like troops – kick Paul Blart from your memory. Dominick should be feared, as a modern encapsulation of terror in its most believable and recognizable form. 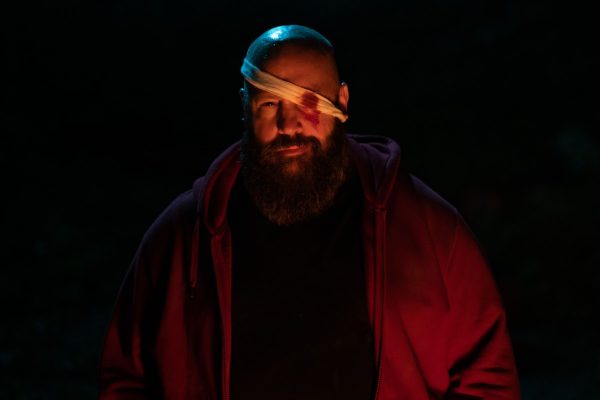 Before we dive into the gory details of Becky’s outburst, let’s address what will be a point of contention for some. The “key” sought after by Dominick is issued immense meaning, but – just so you’re aware – there’s no further payoff or reveal. Neither Becky nor Dominick use said key because that’s not the point of Becky. The film’s focus is characterizing Becky, who undergoes immense trauma and comes out the other side caked in dried blood. It’s also a commentary on Dominick’s bootlickers – as three assailants accompany him – and the violence they brainlessly commit. “What’s the point of all this,” Kayla screams at one point (or a variation). “You wouldn’t understand,” Dominick retorts – but the truth is, do any of these thugs pictured understand? It’s all buzzwords like “brotherhood” and sniffing out hatred as a moral compass, ultimately representing the stupidity in all these acts. Any more significant cause is a meaningless ruse, and yet so much loss is endured. For how “simplistic” some might find Becky, there’s a much more complicated and harrowing reason why (possibly divisive) narrative choices are made.

Another question is whether Lulu Wilson can wage a believable war against adult felons, especially any gargantuan like Robert Maillet (who you may remember as “Uber Immortal” in 300). There’s a longer answer as to “why,” but the short answer is a resounding “yes.”

As grown action heroes earn agency whenever their spouses or children die, Becky is imbued with the same berzerker energy. Wilson channels a broken soul’s quest for retribution a la “The Bride” from Kill Bill, with nothing left to lose. She’s filling a hole with retaliation, unleashing her inner beast created by those who deserve all the punishment coming their way. Complete with the most affirming display of accountability as Becky no-hesitation headshots a character who’s mid-monologue, babbling on about how all the sins he’s committed could be washed away by his recent actions. Then she screams. The loudest, cathartic, distressed scream her still-developing lungs can muster. That scream is everything, especially given how it goes unheard by anyone but Kayla and Ty. 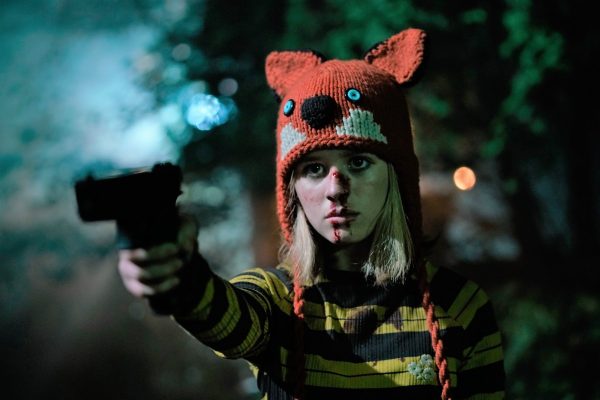 Milott and Murnion aren’t here to sugarcoat and coddle Becky throughout her tragic and gory self-defense. Every death is more deserved and gratifying than the last, as faces are torn to shreds by mechanical machine blades, or sharp playhouse objects are punctured clean through neo-Nazi necks. While I despise a particular scripted device that involves pets and asserting your villain’s dominance, I’ll admit, Becky gets away with selling their antagonists as pure evil in a way that bolsters extreme, graphic death sequences. Innocence is washed away in a “trial by fire” wave as the first henchman is aerated by coloring implements, to the point where you’ll want to jump and cheer. Equally therapeutic when James has to perform “emergency surgery” after Becky…well, it’s gross. It’s repugnant. It’s also a glorification of practical effects that brightens the spotlight with each elimination.