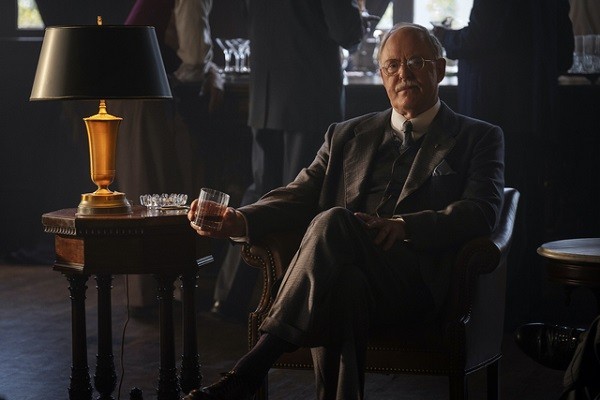 There is something solidly reassuring about this show even in its infancy. Mood and music combine to add a tinge of authenticity so rich you can taste it. Matthew Rhys has reinvented Perry Mason with a mile wide cold blooded streak, lashings of PTSD and moral ambivalence in buckets. Sharp as a razor with a mouth to match Perry Mason is savvy to the hucksters and vagrants who populate this sprawling city of second rate shysters.

Every week it opens like a film noir with contemporary hard R overtones. John Lithgow’s Elias Birchard holds the moral high ground, even if ground level keeps being shifted to suit his mood. Stephen Root’s district attorney Maynard Barnes proves to be no better, whilst perched between them both sits Herman Baggerly. A high rolling business tycoon with secrets stashed away and local God fearing parishioners in his pocket. From the outset it has been clear how much Robert Patrick revels in keeping his understated influence under wraps. 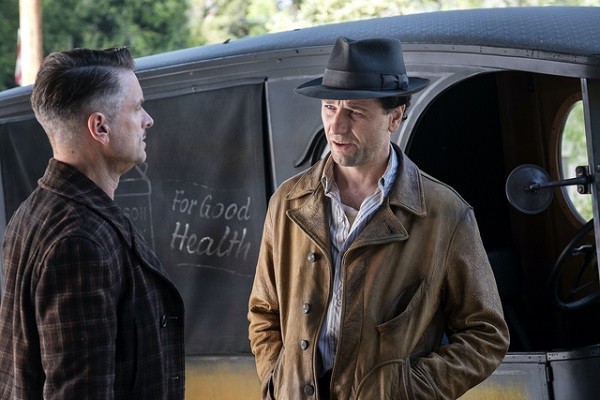 Elsewhere murderous liaisons intertwine with salacious intent as a husband and wife come under scrutiny, while Mason stumbles on inflammatory evidence. Flaming sermons from the pulpit are transmitted through radio waves, church going disciples are goaded into ever increasingly degrees of agitation while Sister Alice holds court. Fingers are pointed, people arrested and policemen continue corrupting for personal gain. Overt examples of individual racism may also be rife but this thematic inclusion comes with a silver lining.

To some this will be all too familiar but nonetheless there is no denying the quality on display. Production values are sky high, performances pitch perfect and at every juncture Mason keeps drawing you in. As the web continues weaving, more skeletons immerge from collective closets and another slice of gospel gold filters down into that soundtrack it makes you smile. From the gratuitous aftermath to the war torn realism of military service, HBO have created a gumshoe murder mystery with depth. 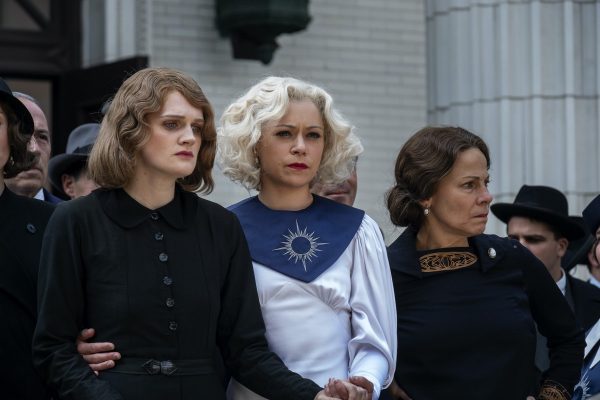 A flawed hero for an era which carved its screen icons from silver phosphate, placed them in gilded cages and elevated their heroes onto celluloid pedestals. Where prosperity was in short supply and movies created an essential escape from the stark realities of normal life. Perry Mason offers you all this and more all we need to do is believe.