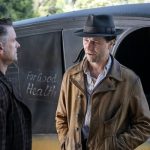 Martin Carr reviews the second episode of Perry Mason… There is something solidly reassuring about this show even in its infancy. Mood and music combine to add a tinge of authenticity so rich you can taste it. Matthew Rhys has reinvented Perry Mason with a mile wide cold blooded streak, lashings of PTSD and moral […] 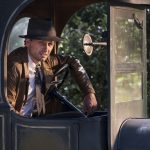 Martin Carr reviews the first episode of HBO’s Perry Mason… HBO has a reputation for producing quality content, era defining television and above all programmes with contemporary resonance. Alongside Game of Thrones, True Detective and Watchmen we now have Perry Mason for the millennial generation. Executive produced by Susan and Robert Downey Jr. this opulent […] 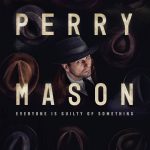 With just two weeks to go until the premiere of Perry Mason, a new poster has arrived online for HBO’s reboot featuring Matthew Rhys’ titular criminal defense lawyer, along with the synopses for the first four episode of the crime drama series; take a look here… Episode 1: “Chapter One” Debut date: SUNDAY, JUNE 21 […] 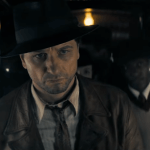 Ahead of its premiere next month, HBO has released another trailer for the reboot of the classic legal drama Perry Mason which stars Matthew Rhys in the title role as the legendary fictional criminal defense lawyer alongside a cast that includes Tatiana Maslany, John Lithgow, Chris Chalk, Shea Whigham, Juliet Rylance, Nate Corddry, Veronica Falcon, […] 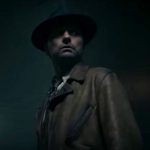 Following a brief teaser earlier this week, the first trailer has debuted for HBO and reboot of the classic legal drama. Produced by Robert Downey Jr., the new series stars Matthew Rhys in the title role and follows the origins of the legendary fictional criminal defense lawyer; watch it here… 1931, Los Angeles. While the […] 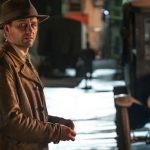 HBO has released a very brief teaser for the upcoming limited series Perry Mason. Produced by Robert Downey Jr., the reboot of the classic legal drama stars Matthew Rhys as the titular criminal defense lawyer; watch it here… I know it's Tuesday because I'm still wearing my Sunday pajamas. I ALSO know a way to […]

HBO has released the first image from its Robert Downey Jr.-produced small screen reboot of Perry Mason which gives us a look at Matthew Rhys as the titular criminal defense lawyer; take a look here… While the rest of the country recovers from the Great Depression, this city is booming! Oil! Olympic Games! Talking Pictures! […] 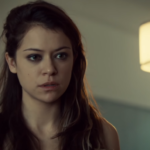 THR is reporting that Orphan Black star Tatiana Maslany has signed on to star alongside Matthew Rhys (The Americans) in HBO’s upcoming Perry Mason reboot from Robert Downey Jr.’s Team Downey production company. According to the trader, the Emmy-winning Maslany will portray Sister Alice, described as “the leader of the Radiant Assembly of God, she […] 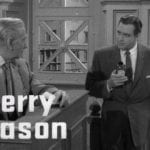 After finding their lead back in January in Emmy Award-winner Matthew Rhys (The Americans), it has now been announced that Team Downey’s Perry Mason reboot has received a series order from HBO. Here’s the official description for the series: While the rest of the country recovers from the Great Depression, this city is booming! Oil! […] 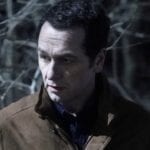 HBO and Team Downey have found their Perry Mason, with Emmy winner Matthew Rhys (The Americans) signing on to portray the character in a new limited series. Perry Mason was originally set up by Robert Downey Jr. and Nic Pizzolatto (True Detective) as a starring vehicle for the actor, only for Downey’s feature film commitments […]