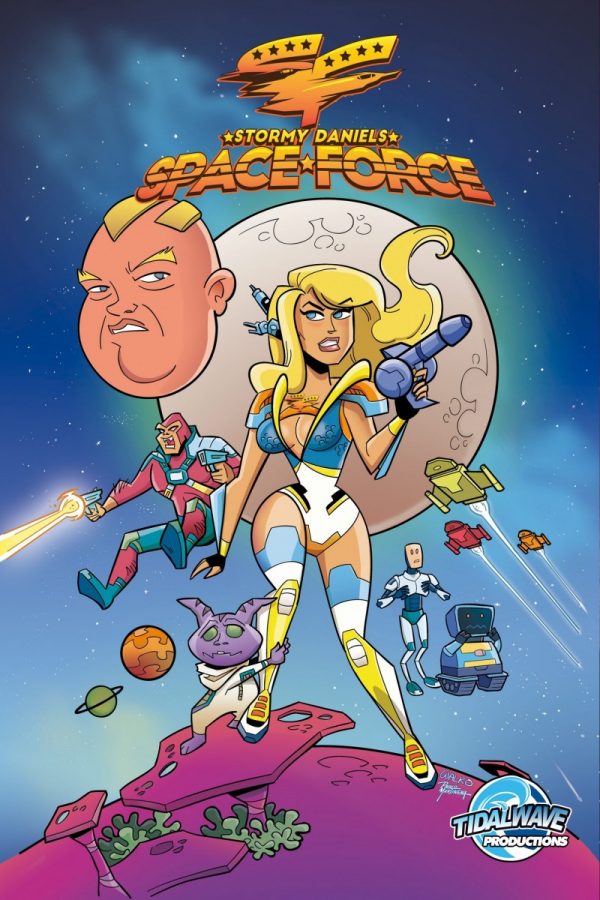 Created by Daniels and Darren G. Davis and written by Michael Frizell and Andrew Shayde with art from Pablo Martinena, the series follows Captain Stormy Daniels, commander of the Helix, a starship serving the United Republic of Earth and its leader, “very stable genius” OrDon.

“I have joined forces with to create this comic and TidalWave has been so generous with allowing my input”, said Daniels “ I could not be happier with the outcome. Bonus is I get to add badass comic book character to my resume.”

“We are excited to be teaming up for this far out adventure with Stormy”, said TidalWave publisher Darren G. Davis. “We have not just created a fun comic book but a brand that will include action figures and an animated series”.

The animated series is being developed by The Bohemia Group, whose CEO Susan Ferris states: ““Working with Darren is always an adventure and this one may be one of my favorites. How often do you get to turn a situation like what happened with Stormy Daniels into a superhero! I am very excited to see where this one goes and happy to have Bohemia Group apart of it!” 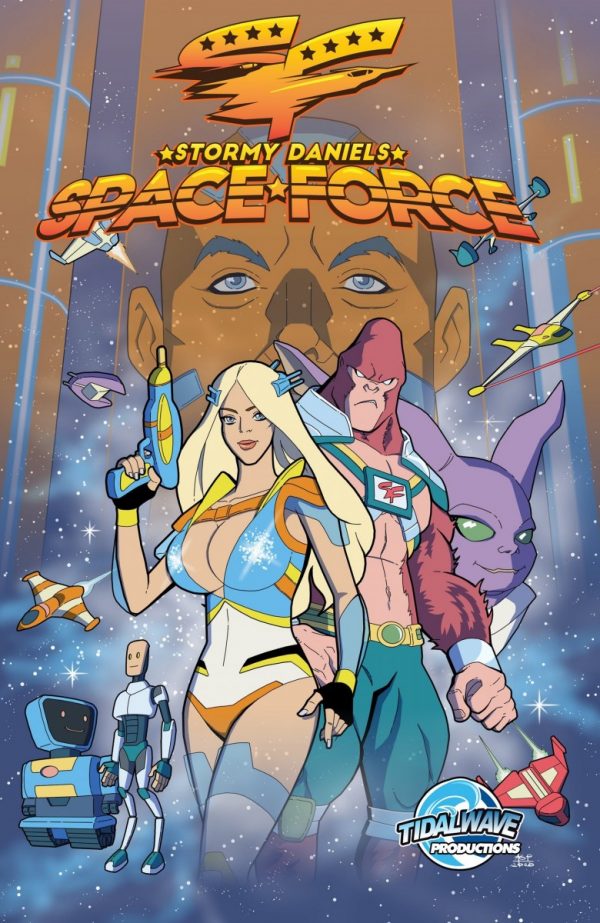 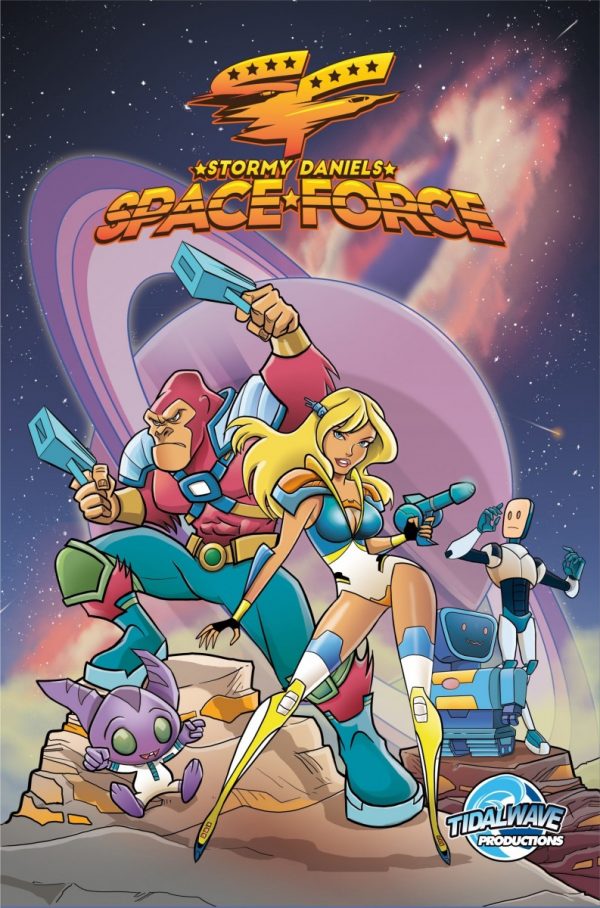 Stormy Daniels: Space Force is slated to launch in the fall.