Sam Hargrave, who made his directorial debut with Netflix’s Chris Hemsworth-led Extraction, has discussed his hiring as the second unit director for The Mandalorian season two.

In a recent interview with Collider, Hargrave revealed his involvement in the upcoming second season and how he was hired to take the action sequences to another level following his extensive career as a stunt coordinator.

“The difference is, with Extraction, I’m in the editing room so I can be extremely confident [the action] is going to be what it’s going to be. I’m not editing these episodes. […] But I know the footage we delivered, as a second-unit, they seemed to be happy with. We worked closely with the stunt team there, with Bryan Watson and the team that had done the first season; they did a really great job.”

“You know, it was just to bring a little extra perspective, add a few things, things I’ve learned while working on superhero movies, little tricks which make the performances easier and using visual effects to enhance certain things. Just bringing a little bit of experience and knowledge to where we could take it to another level and up the ante. The next season is really, really cool. The way the story arcs is really cool. So we tried to have the action represent that and take it to the next level. I think we did that.” 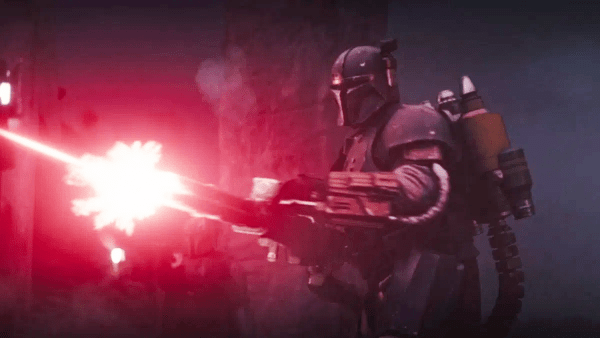 Are you excited by the addition of Sam Hargrave to take the action to the next level? Are you looking forward to the second season of The Mandalorian? Let us know in the comments below or tweet us @flickeringmyth…