As the cast and crew await the production restart, actress Zoe Kravitz has been speaking to Variety about director Matt Reeves’ upcoming DC reboot The Batman – and more specifically, the casting of Robert Pattinson as the new Dark Knight. 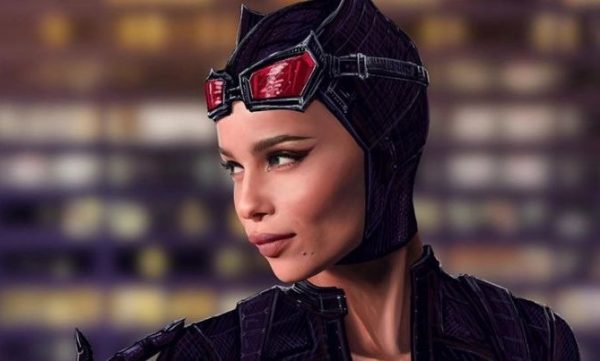 “[Robert] started out as this kind of teen pop sensation, and then I think we all kind of saw through his work that there was a lot more going on…and that is very much Batman in a way,” said Kravitz. “We have the illusion of Bruce Wayne, and then we have Batman in the shadows that has a lot more complicated things going on… He can relate in that way, and he looks good in the suit, man. He looks good in the suit. That’s a good jaw line. But he’s just a great actor and he brings so much to everything he does…I think he’s perfect, perfect casting.”

Kravitz also went on to discuss how she’s received support from past incarnations of Catwoman, stating: “I spoke to Michelle Pfeiffer. We sat at the same table at the Golden Globes, and I’ve met her a bunch over the years because of David E. Kelley. She’d always been so nice. I had just gotten cast so I was really nervous to be around her, and she was so sweet. She just gave me a big hug and said, ‘You’re going to be great.’ That was really just amazing. Both Halle Berry and Anne Hathaway were really sweet on Instagram and Twitter. [They] sent really sweet, encouraging messages when that was announced. So I feel supported by my girls.”

Hopefully once the production is up and running, we won’t have too long to wait until we get to see Kravitz suited up as the iconic DC character. In the meantime, let us know if you’re excited to see what she brings to the role of Selina Kyle…